The Turtle Conservation Society of Malaysia under the handle TCSMsia posted a screenshot of a turtle eggs listing on Shopee which offered the eggs for RM7.90 apiece. — CHESTER CHIN/The Star

Online shopping platform Shopee has removed a listing for turtle eggs on its platform after complaints were raised by users on social media.

In a statement posted on Twitter today (May 14), Shopee said it has also banned the seller and blacklisted turtle eggs on its platform.

"Shopee doesn't tolerate the sale of animal and wildlife products on our platform, as stated in our Prohibited & Restricted Items policy. Users are required to adhere to our policies as well as the local policies, regulations and restrictions set by various governmental agencies and regulatory bodies. We take stern action against users who don't comply with these standards," Shopee said in the statement.

The company stated that it also has a listings team that "regularly screens product listings" as part of an effort to ensure that sellers do not violate the platform's policies.

"If products are found to be illegal or don't meet our stringent standards, we will remove the product listings and take swift action against sellers."

On May 13, the Turtle Conservation Society of Malaysia under the handle TCSMsia posted a screenshot of a turtle eggs listing that it found on Shopee. The seller described the item as "telur penyu original Terengganu" and offered it for RM7.90 per piece. In the screenshot, the seller also had a five-star rating and the eggs had already been purchased 129 times.

TCMsia in the posting urged Shopee to screen its customers or risk getting boycotted by concerned users. It also rallied other users to raise the issue to Shopee by pressuring the platform to take action against the seller, adding that the company has a corporate social responsibility to not encourage the sale of wildlife in Malaysia.

Malaysia's Department of Fisheries was also tagged in the post and the agency later acknowledged Shopee's response to the matter by thanking the platform for its cooperation.

Wildlife sales on online platforms has become a major issue in Malaysia. In November 2019, The Wildlife and National Parks Department (Perhilitan) told The Star that it had formed a cybercrime unit to monitor illegal transactions of animal trade online.

“Wildlife cybercrime is now a new phenomenon for illegal animal trade in Malaysia. The department formed a cybercrime unit in 2014, which aimed to monitor and stop such activities,” Johor Perhilitan director Salman Saaban said in the article.

He warned that those caught selling, buying or even possessing animal parts without a permit could face action under the Wildlife Conservation Act 2010. 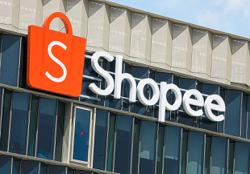