Nintendo has been trying to boost production of the handheld hybrid gadget since February, even before hits like 'Animal Crossing: New Horizons' made gaming essential entertainment for millions around the world sheltering in place. — Dreamstime/TNS

Nintendo Co has asked its partners to increase Switch production to sate a surge in global demand during the Covid-19 pandemic, but a lack of key components like memory may curtail efforts to boost output.

The Kyoto-based company has instructed suppliers to meet a revised forecast for 22 million units in the fiscal year ending March 2021, people familiar with the matter said, asking not to be identified discussing private targets. That’s about level with the previous year but up from a previously planned slight decrease in production of the three-year-old console. Sales of previous devices – including the ultra-popular Wii – typically begin to slow from their fourth year in the market.

Nintendo has been trying to boost production of the handheld hybrid gadget since February, even before hits like Animal Crossing: New Horizons made gaming essential entertainment for millions around the world sheltering in place. The US$300 (RM1,315) device has sold out in parts of the world – including in its own home market of Japan – prompting a rare apology from Nintendo. Much of that can be traced back to Nintendo’s latest title, one of the breakout hits of the novel coronavirus era.

A raised forecast this late in a console’s cycle is a positive sign, said David Gibson, chief investment adviser at Astris Advisory Japan. "It is rare for Nintendo to forecast the fourth year for a console to be flat year on year. Shows how different the cycle is.”

The Nikkei first reported on Monday that Nintendo was eyeing a 10% increase in current-year Switch production. A company representative said it’s considering raising production but that parts supply remains constrained. "We hope (suppliers) will be responsive to a production increase, but for the procurement of some parts, the outlook remains uncertain, and we can’t forecast exactly how many Switch units can be supplied,” the Nintendo spokesman said.

The pandemic has upended swathes of the global supply chain by paralysing certain transport routes, confining critical workers to their homes or rendering initial demand forecasts obsolete. Production and logistics are gradually returning to normal in certain countries, notably China, where a significant portion of Nintendo’s Switches are assembled. Still, some key components, including DRAM or memory chips, were scarce even before the virus outbreak and it remains unclear if Nintendo’s suppliers can meet the company’s elevated orders, people familiar with the situation have said.

If Nintendo succeeds in beefing up output, that could end up bloating its inventory should sales dissipate once Covid-19 subsides. Underscoring the uncertainty, the company hasn’t announced major software releases for this fiscal year, even though Sony Corp and Microsoft Corp both plan to release new consoles for the holidays.

"Consumers want to buy the Switch in part because it’s hard to find,” Ace Research Institute analyst Hideki Yasuda said. "How long demand for the Switch will last is the same as asking how long people are asked to remain home. It’s hard to forecast the outlook because I have never heard of a four-year-old console being sold-out everywhere in the market.” – Bloomberg 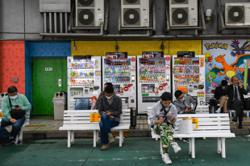 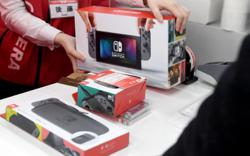 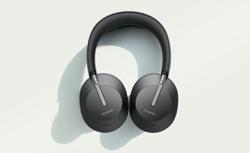