BOGOTA: Colombian startup Rappi is piloting deliveries by robots as a safe way of getting food to people forced to stay at home due to the coronavirus pandemic.

The pilot started this week in Medellin, Colombia’s second-largest city. The boxy robots, which travel on four wheels and are decked with orange flags on their antennae, carry deliveries of up to 35 square centimeters (5 square inches) and are used to transport restaurant orders paid for digitally.

The robots complete the last mile of the deliveries and are disinfected before and after each use, Rappi said in a statement on Thursday night.

The robots are operated jointly by Rappi and US-based KiwiBot.

"We believe that by partnering with technology we will be able to continue meeting our aim of safely making people's lives easier, especially in situations like the one we find ourselves in," Rappi's Colombia country manager Matias Laks said in the statement.

Rappi has completed close to 120 deliveries each day with 15 robots in the pilot area, it said.

It said it intended to run the pilot until July and, if successful, roll it out to other cities where it operates.

Rappi, which has around 200,000 distributors across nine Latin American countries, reported a year-on-year 30% rise in deliveries during the first two months of 2020 - before the lockdown began.

In the fiercely competitive world of home deliveries, Brazil's iFood last week announced it had bought a controlling stake in Rappi's Colombian rival Domicilios.com as it looks to expand in the region. — Reuters 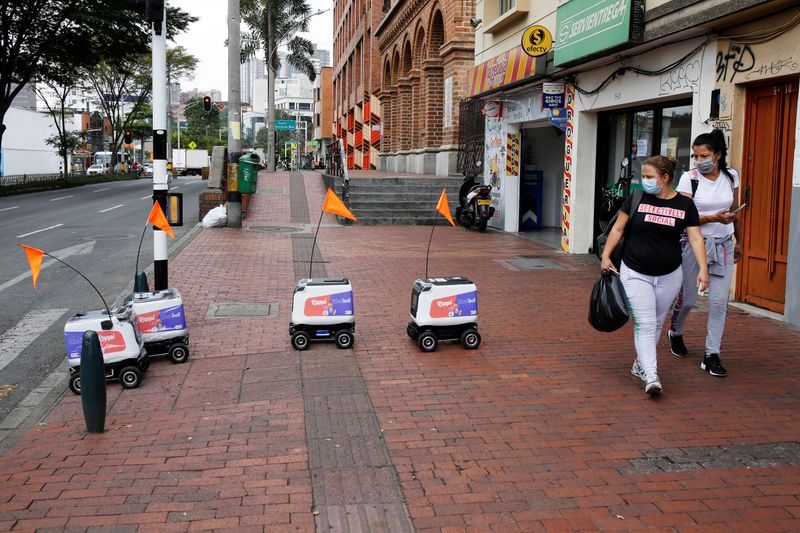 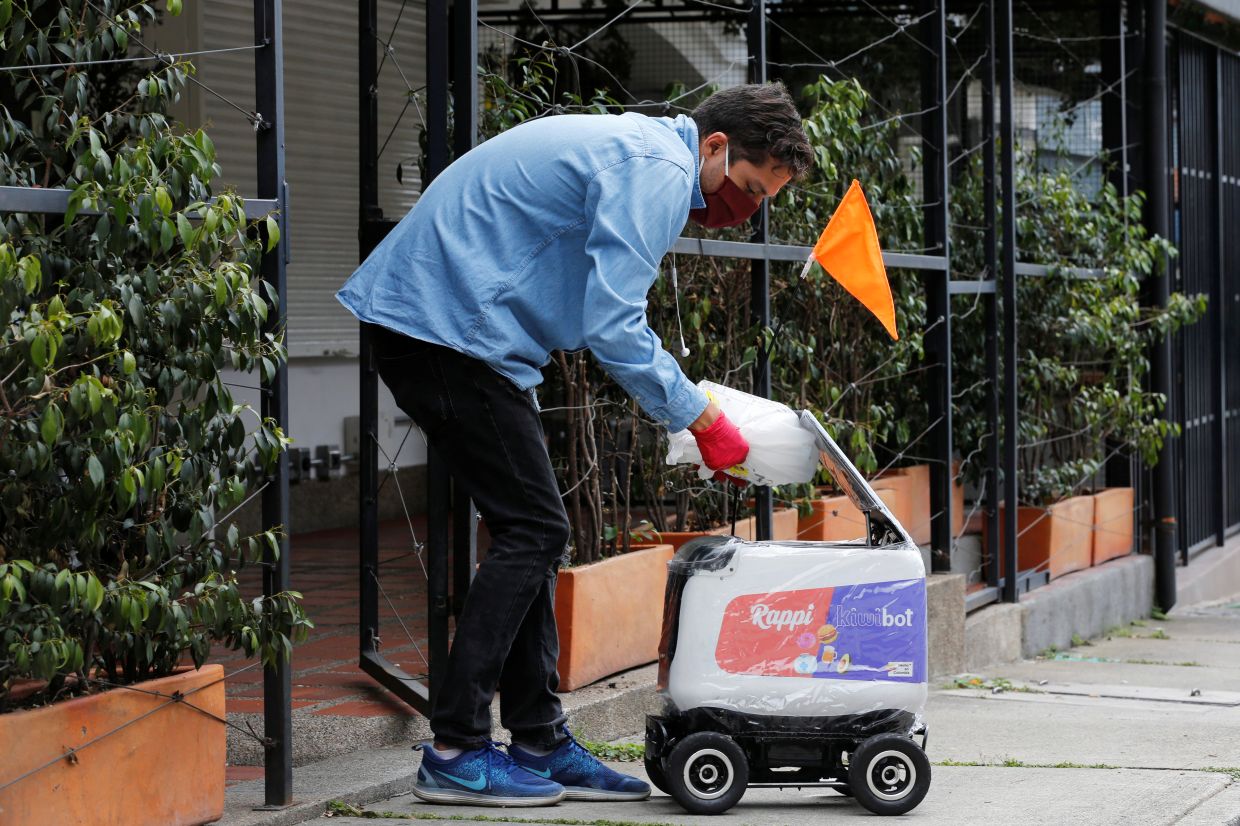 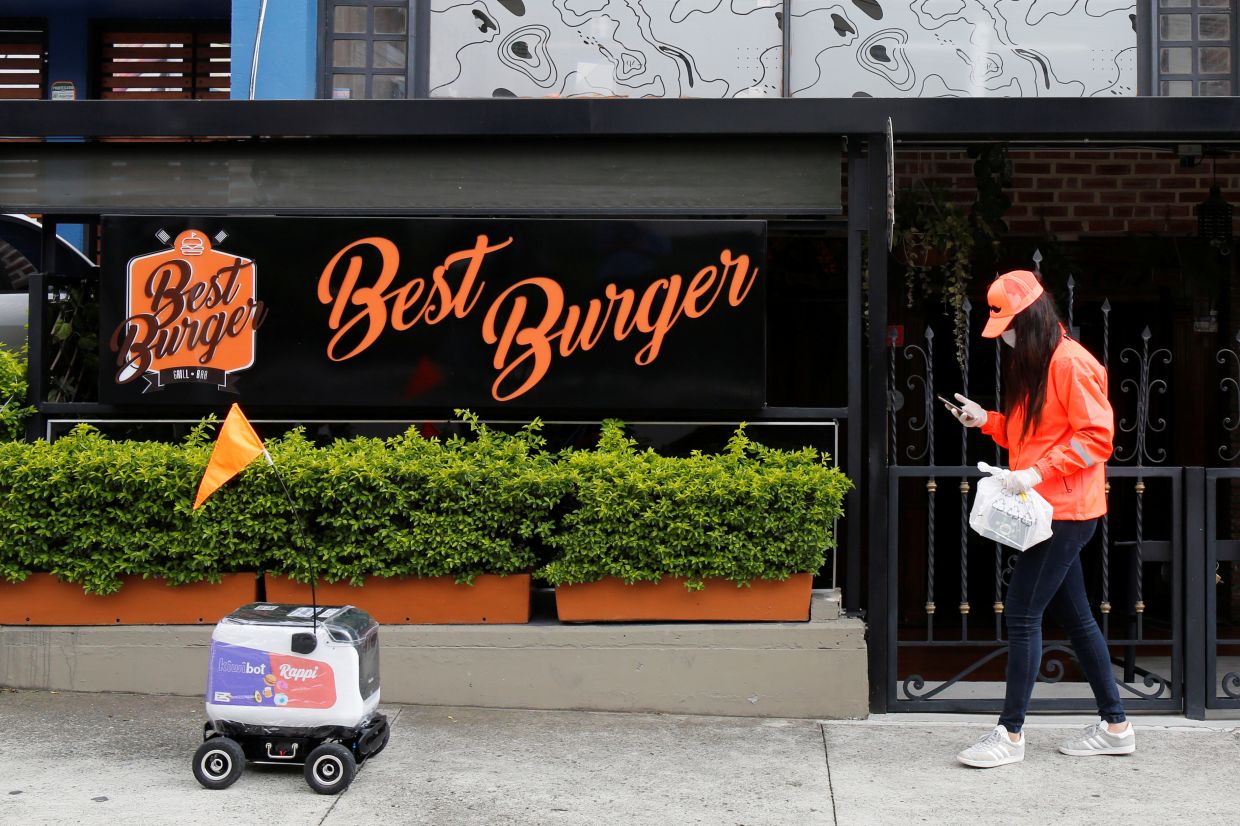 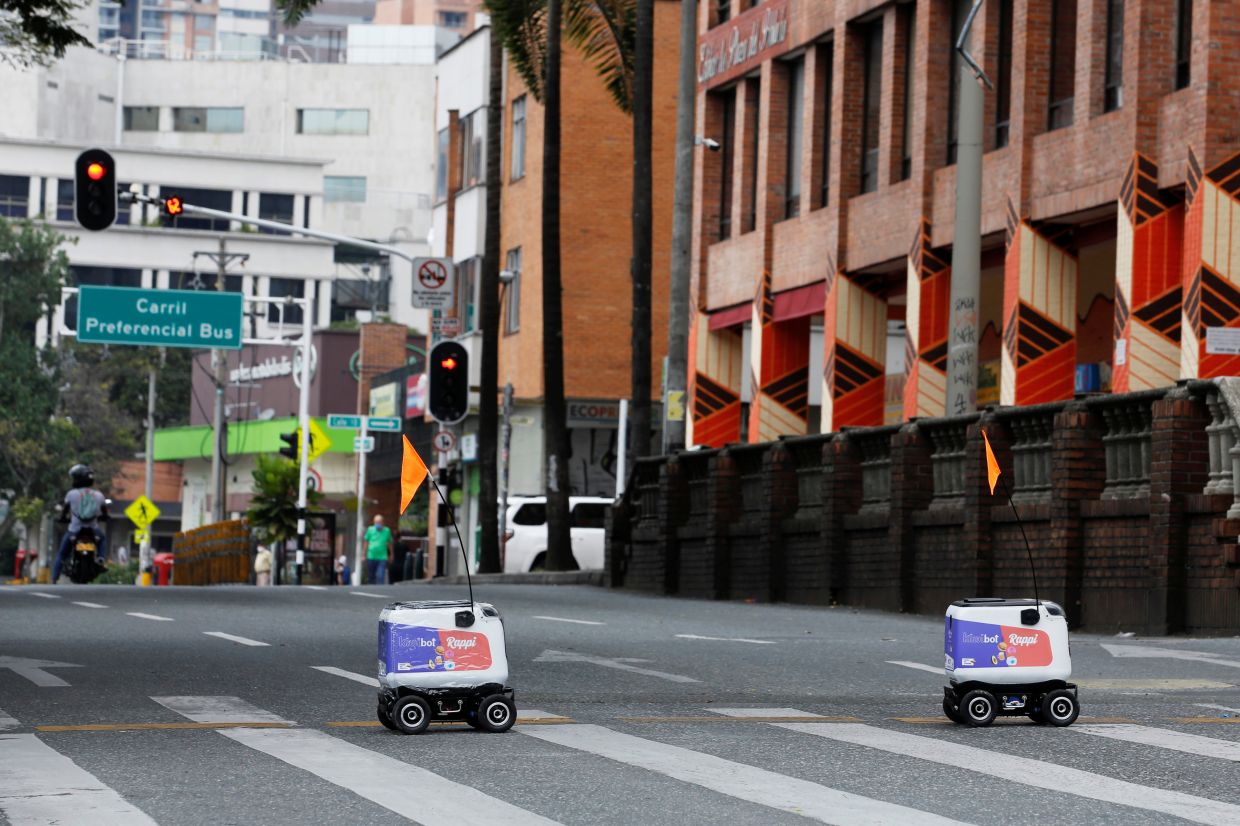 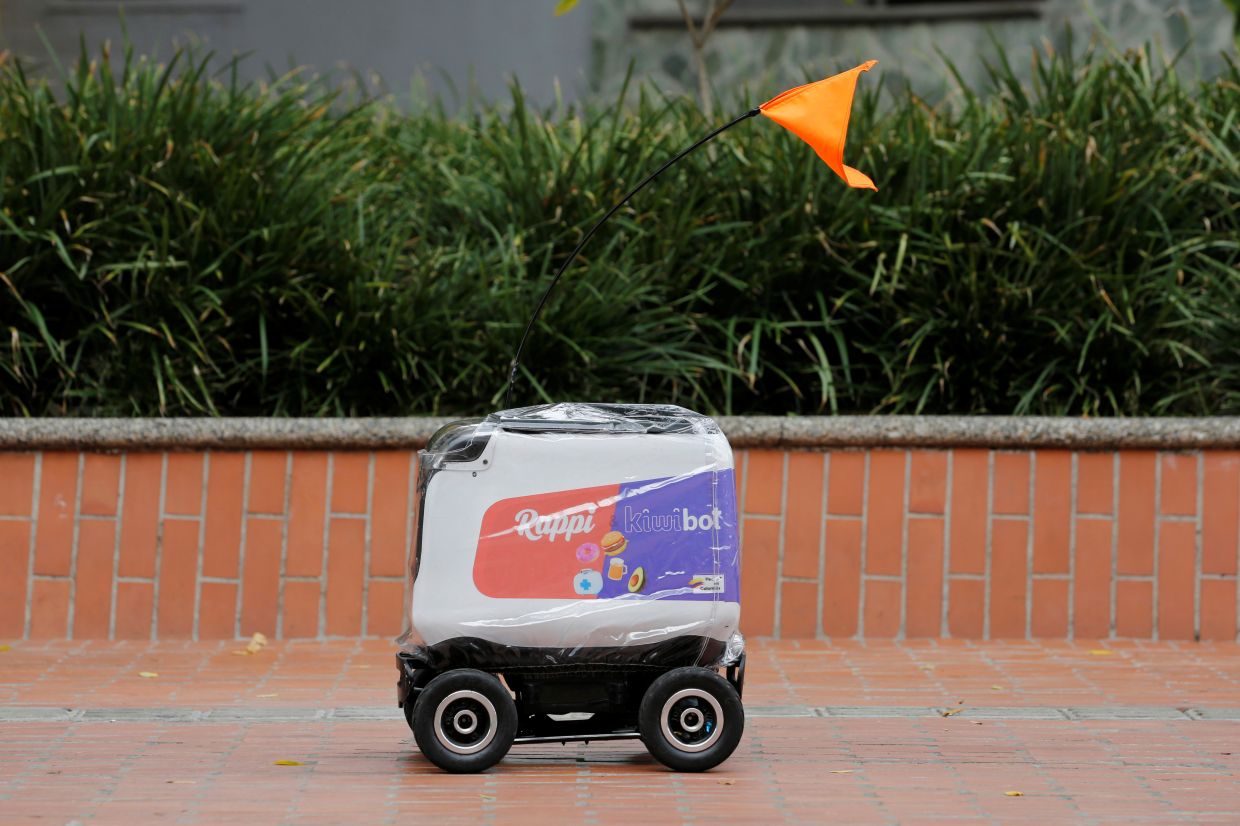 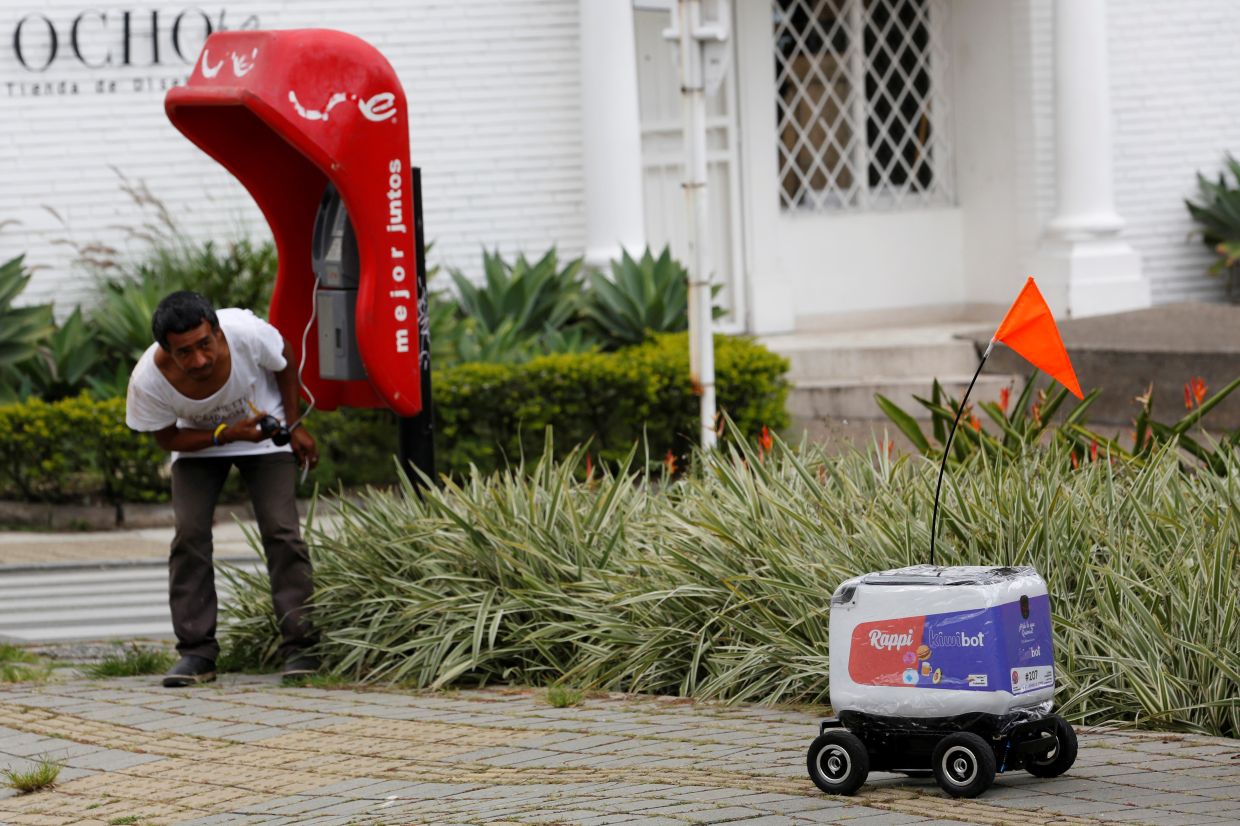 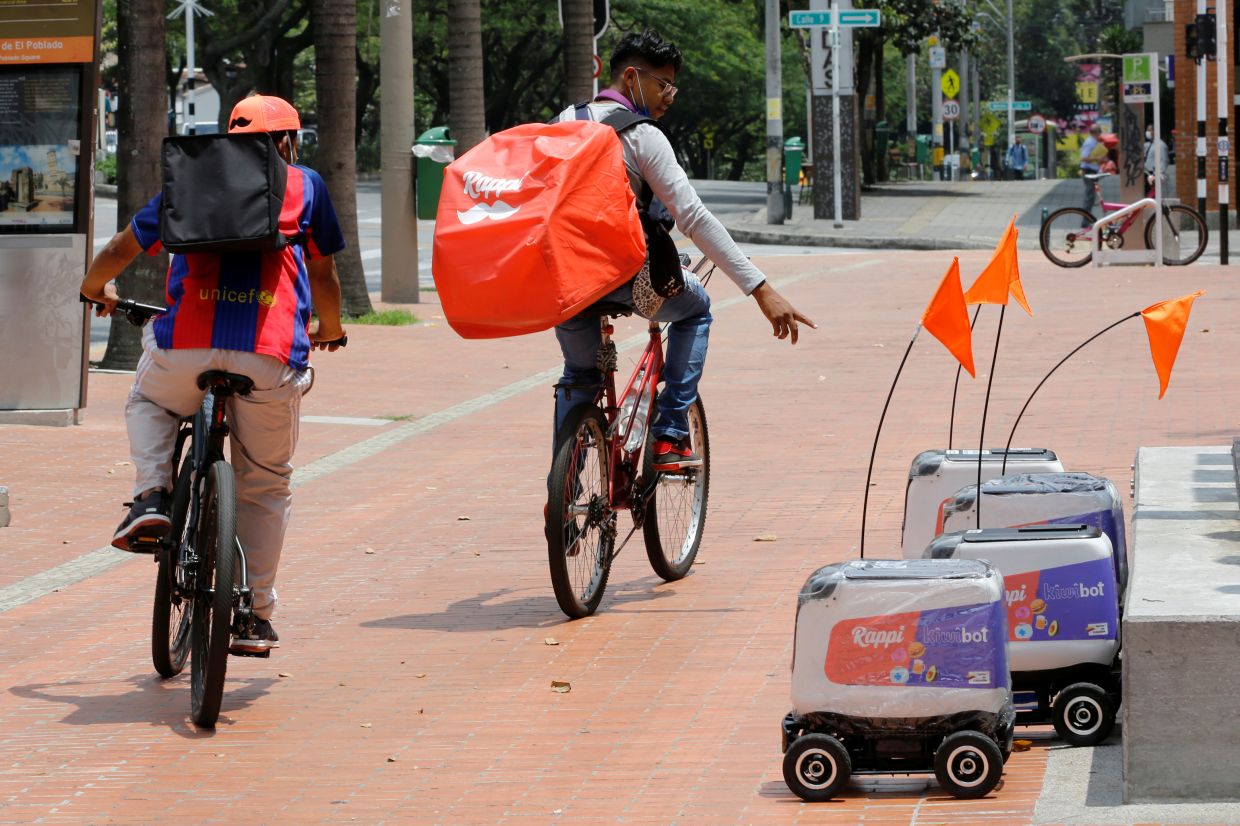 A man wearing a face mask puts a package inside a delivery robot from the Colombian company Rappi, amid the coronavirus disease (Covid-19) outbreak in Medellin, Colombia. — Reuters

Rappi delivery woman wearing a face mask walks in front of a delivery robot from the Colombian company Rappi amid the coronavirus disease (Covid-19) outbreak in Medellin, Colombia. — Reuters

Delivery robots from the Colombian company Rappi, travel down a street, amid the coronavirus disease (Covid-19) outbreak in Medellin, Colombia. — Reuters

A delivery robot from the Colombian company Rappi, travels down a street, amid the coronavirus disease (Covid-19) outbreak in Medellin, Colombia. — Reuters

A man watches a delivery robot from the Colombian company Rappi amid the coronavirus disease (Covid-19) outbreak in Medellin, Colombia. — Reuters