People are participating in various challenges and games on social media networks as they stay home to avoid Covid-19. — 123rf.com

As people turn to video conferencing apps and watch parties to simulate hanging out with friends while maintaining social distancing, some are challenging friends via video games or making silly videos to entertain followers.

Not all challenges turned out to be good, as it has been the case before, with one asking people to lick items in public.

Here are some of the recent trends to emerge as the Covid-19 pandemic started:

As parents try to figure out what their teenagers are getting up to on TikTok, they have also ended up taking part in their kids’ videos.

According to the Internet trend tracking site Know Your Meme, the trend slightly preceded the lockdown in most countries and one of the earlier versions was #BlindingLightsChallenge first posted by TikTok user @gregdahl7 on March 3.

The challenge requires kids to perform a dance routine with their parents to the tune of Canadian musician The Weeknd’s latest hit, Blinding Lights.

It picked up steam as influencers staying at home with their parents decided to make the best of their family time, with some parents even outshining their kids.

One of the more foolish trends that popped up on video-sharing social network TikTok was the Coronavirus challenge where users dared each other to lick objects and surfaces in public.

This included doorknobs, grocery shelves and even toilet bowls, which put them at risk of contracting Covid-19.

According to the World Health Organisation, the coronavirus typically spreads via droplets from an infected person’s coughs, but the virus can stay alive on a surface, depending on the material, for as long as two weeks.

TikTok has since started taking down Coronavirus challenge posts, as it was a violation of its Community Guidelines, which prohibits content that encourages, promotes or glorifies dangerous challenges that could lead to injury. 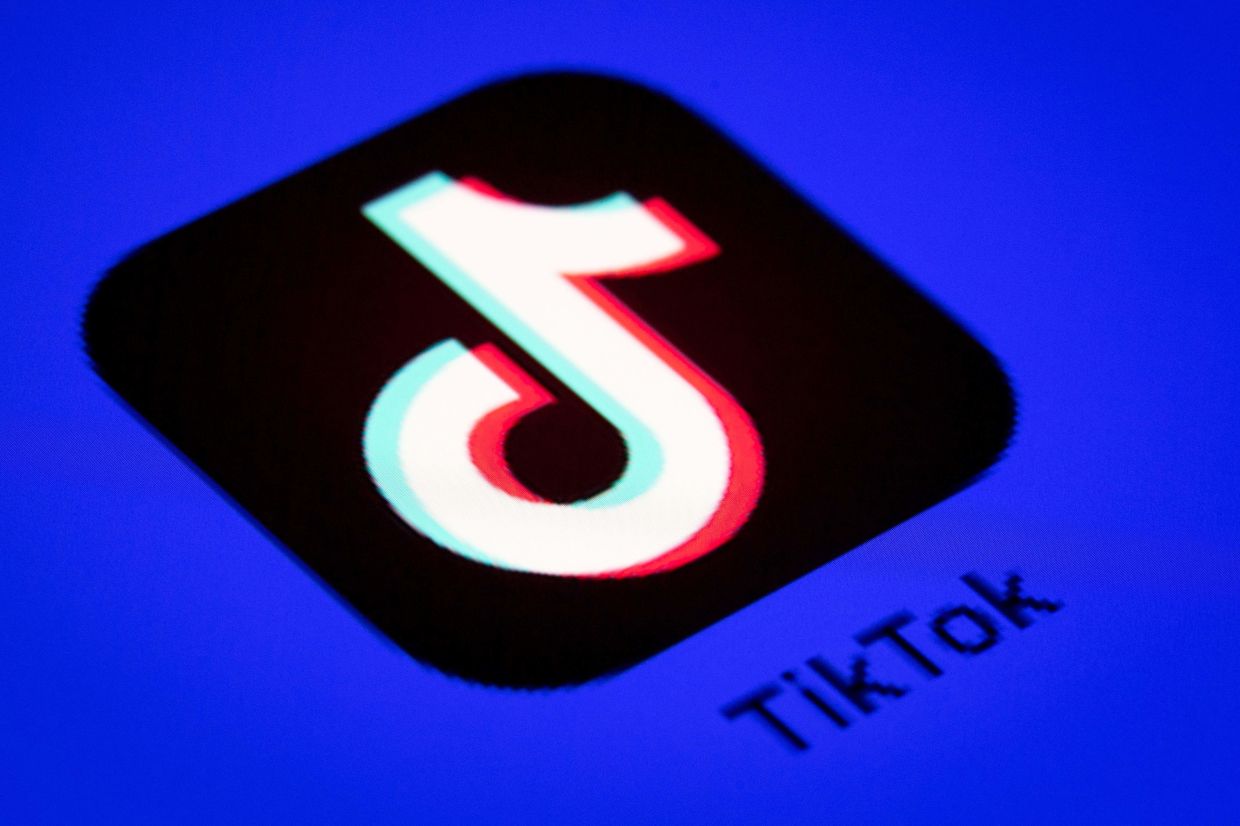 As parents try to figure out what their teenagers are getting up to on TikTok, they have also ended up taking part in their kids’ videos. — AFP

It was also reported by British media that a social media influencer who licked a toilet bowl for the Coronavirus challenge later contracted the virus and was hospitalised.

Local designer Chong Rhu Jan said she was shocked to find out that trends like the Coronavirus challenge were making the rounds on social media.

She called it idiotic and criticised anyone who attempted it as “brainless”, adding that if they did get sick, it would only burden the national health system that’s already overstretched.

Though she had tried other social media challenges, she was not a fan, even of safer ones, calling them a “boring way for boring people to kill time”.

One of the more cryptic trends is Until Tomorrow, which swept Instagram with awkward and outdated photos of friends, captioned with only the words “until tomorrow”.

Those with a sense of humour who hit like on their friends’ terrible old photos will be sent instructions via Direct Message to take part in the challenge.

The rules of the challenge are simple: post an embarrassing photo of yourself, say, in a bad Halloween outfit or pretty much any 1980’s hairstyle, and leave the picture up for at least 24 hours with the same cryptic caption.

As of press time, #UntilTomorrow was posted over 2.2 million times, though there were likely more because some users forgot to use the hashtag. 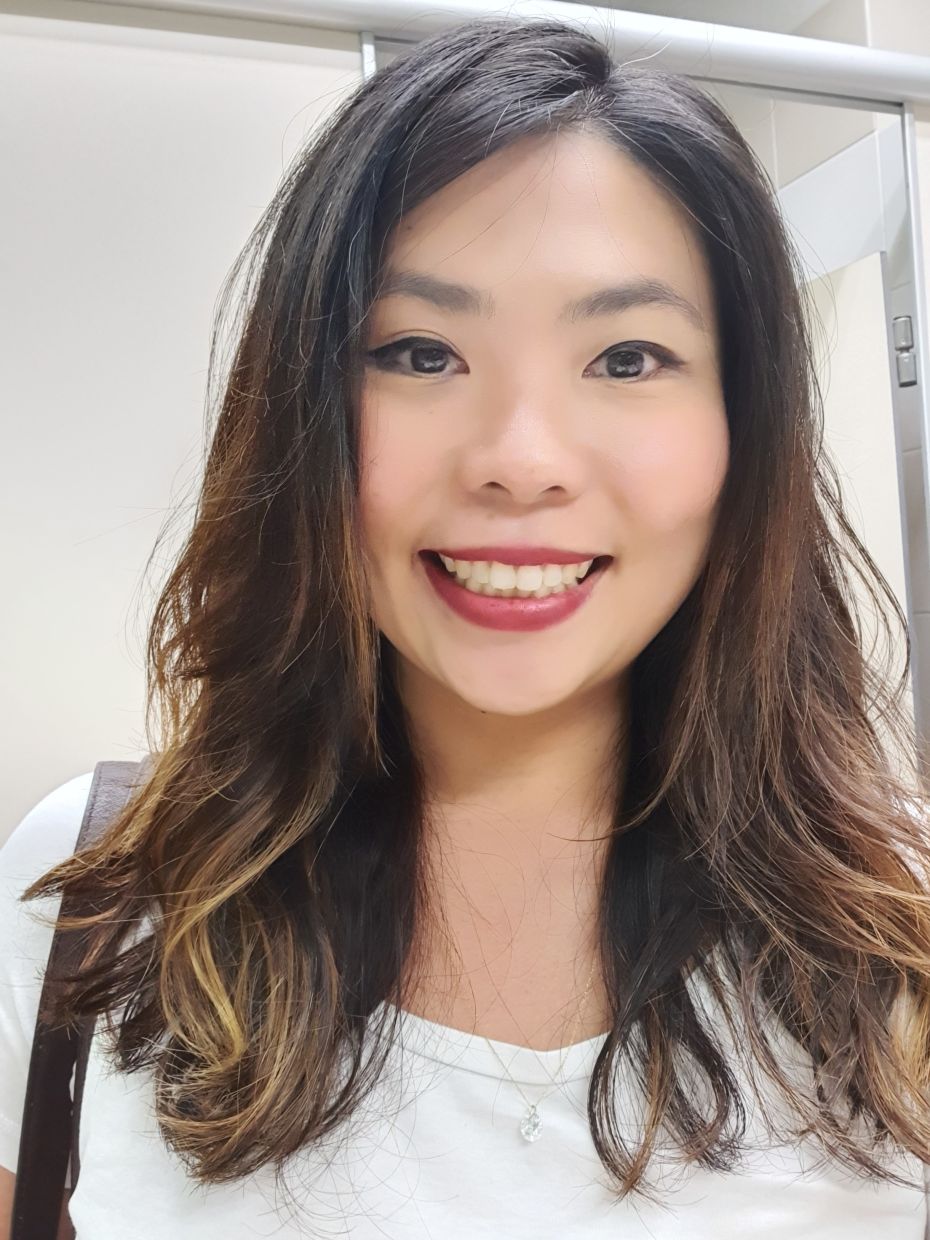 Wee felt the Until Tomorrow challenge is a throwback to happier times. — WEE SHER LEEN

Astro content strategist Wee Sher Leen said doing such challenges seemed meaningless on the surface but posting an embarrassing photo brings people back to a time when they could let their hair down and just have fun.

“I have no idea if this challenge was made for us in these trying times or it was just a coincidence. Why not keep a positive chain when we are all surrounded with negative news day in, day out,” she said.

Quick on the draw

The Draw In Five Seconds challenge, which uses an Instagram filter, challenges users to draw a random object by using their nose as a “paint brush” and their smart device as the canvas. Just make sure you wipe your phone clean before bringing it close to your face.

The filter by an illustrator that goes by the Instagram handle @Chmnda is available on his profile. When a user clicks on it, the person is prompted with an image to draw, say, an apple or car. If the drawing matches the object, then the person is the winner.

Though there are no actual prizes, users are encouraged to tag friends and to find out who is more artistically inclined.

The game should be familiar to anyone that has tried OMGPop’s Draw Something app that went viral way back in 2012.

But as the time limit is so short, this challenge resulted in hilariously drawn images.

A similar game – Quick Draw – is available on the Houseparty app, which works a little more like Pictionary.

One participant is given a subject to draw, while the other person has to guess what’s being drawn.

We Can Academy founder Yeap Mei Yi said she has been using Houseparty to chat with friends in different cities and it eventually led to her toying with the games available on the app. 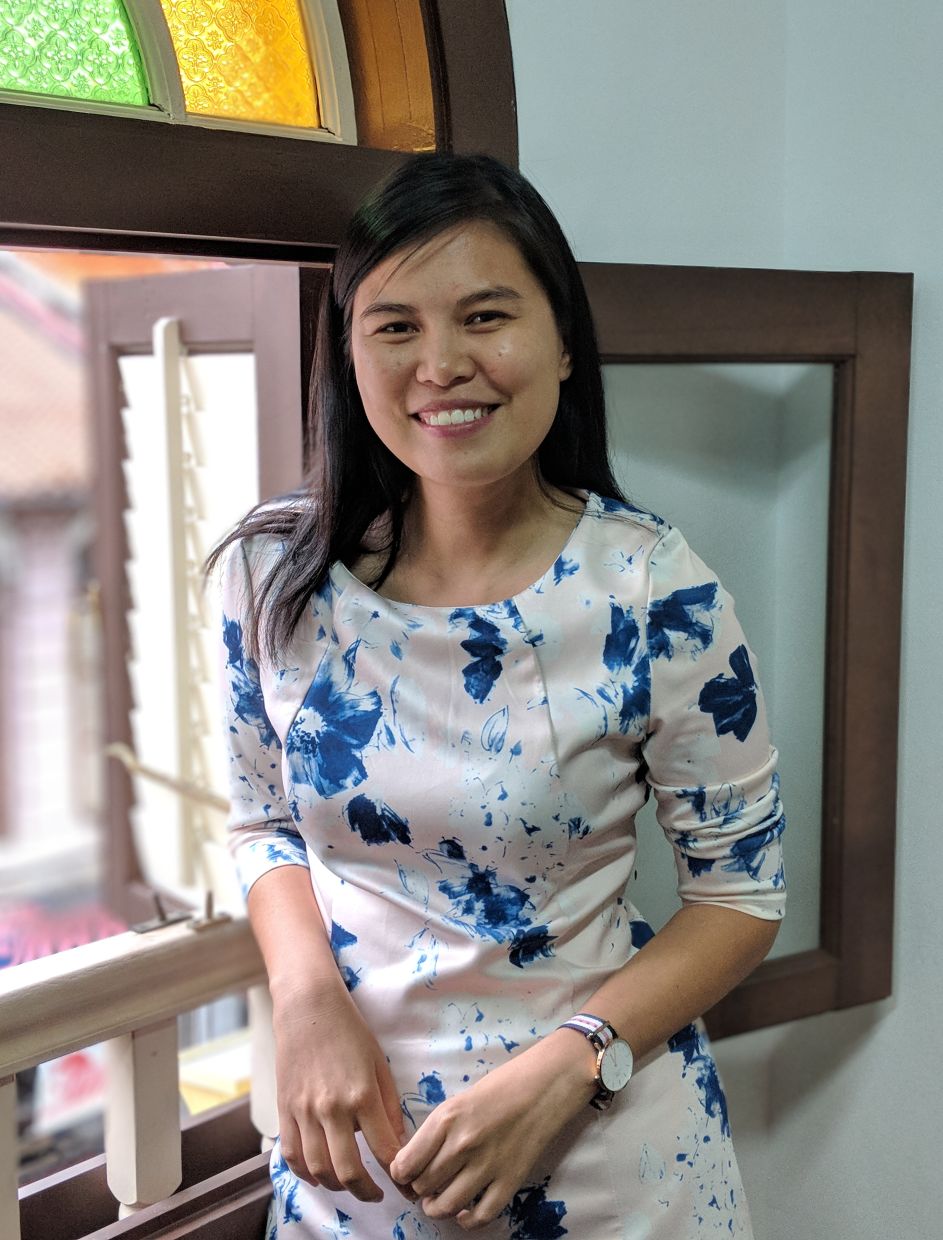 Yeap has been using Houseparty to chat and play Quick Draw with friends she can't meet in person during the MCO period. — YEAP MEI YI

“It was kinda frivolous fun, the type of stuff that my friends and I would sometimes get up to when we meet in person,” she said.

“So it may not be what we would do over and over, but it’s just good fun,” she said, adding that she posted some of the funnier results on social media too.

On the other hand, public relations executive Yvonne Lim is hooked – she and her boyfriend tried Houseparty when he was organising a virtual birthday party for her during the movement control order (MCO), and they fell in love with Quick Draw.

Her company also encouraged staff to stay in touch with a daily roll call to discuss business and non-work related matters. One of her colleagues introduced the group to the trivia app Quiz Up, which the group uses to have more light-hearted interactions.

Lash makeup artist Lung Kye Lin, 29, said she got on the bandwagon of this challenge after being tagged by a friend to do a fruit drawing challenge.

After she posted her drawing, more friends tagged her for various other quizzes and challenges, including Spell Your Name Workout. Lung said uses the Spell Your Name Workout challenge to motivate herself to keep exercising while at home. — LUNG KYE LIN

Each alphabet is assigned a specific exercise. For example, “A” could be 15 pushups, “C” could be 30 crunches and “H” could be 30 jumping jacks.

Participants have to do a set of exercises that matches the letters of their name and in the order it is spelled out.

The challenge has been around for a while and people were even seen doing it in gyms. However, it has come back into vogue due to gyms closing temporarily and people staying home.

“I was tagged by my Aerial Silk teacher (a type of gymnastics) and used it as a reason to not be lazy. Plus, I want to keep up with my fitness so I don’t fall behind once classes start again,” she said.