For Americans, pandemic takes the fun out of April Fools’ this year

A view of a mostly empty Western Avenue near Pike Place Market during the coronavirus disease (Covid-19) outbreak in Seattle, Washington, US. In light of the pandemic, many social media users are calling for would-be hoaxers to skip the jokes this year, no matter how good-natured. — Reuters

NEW YORK: With life in most of the United States grinding to a halt and the economy set to tip into a recession or worse, Americans appear to have no appetite for April Fools' Day this year.

By tradition, pranksters stretch the limits of believability on April 1, creating fictitious news stories or products, often on social media, in the hopes of tricking the gullible and generating laughs.

But this year, many social media users are calling for would-be hoaxers to skip the jokes, no matter how good-natured.

"I am 110% on board with having a moratorium on April Fool's Day this year," wrote Twitter user Mike Draco of San Francisco. "Read the room."

Twitter on March 31 was flooded with tweets calling for others to set aside pranks as the world grapples with the severity of the coronavirus outbreak.

Others feared that the deadly viral pandemic could become fodder for ill-advised attempts at humour.

"Pro tip for someone thinking about making a Coronavirus joke on April Fool's: Do not do it," tweeted Andrew Streeter of San Antonio, Texas.

Even Google, a devoted April 1 corporate jokester for more than a decade, has pledged to skip this year's gag, in part to live up to its vow to provide accurate information about Covid-19 as the illness tightens its fatal grip on the country.

Google told its employees it would hold off on the fun until 2021, according to an internal memo to company managers first reported by Business Insider.

"Make sure your teams pause on any jokes they may have planned – internally or externally," the memo was quoted as saying.

"Our highest goal right now is to be helpful to people, so let's save the jokes for next April, which will undoubtedly be a whole lot brighter than this one," the memo said, according to the report.

Mental health professionals agree that humour is essential for maintaining perspective and hope during a crisis, but they suggest a kinder, gentler form of wit than the typical April 1 hoax.

"Do the opposite on April Fools' Day and be good to each other and calming rather than goofing on each other," said psychologist Randy Kamen, who treats patients in New York and in Martha's Vineyard, Massachusetts.

"We are fragile right now. To be giving each other misinformation and 'I was just kidding', we already don't know what to believe. It's like every day is April Fools' Day, so why add to the out-of-control situation?" she said.

Ross Polly, a software developer from Waukee, Iowa, said he would refrain from his usual April Fools' Day activities, which typically involve interacting with online "joke" news posts, as well as in-person pranks.

"Who are you going to prank? The people you're going to be stuck in social isolation with the next few weeks or months? Not a time to make enemies," Polly told Reuters. – Reuters 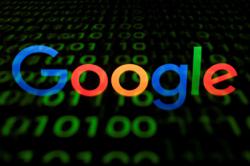 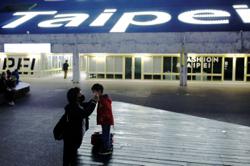