MCO: Telcos to offer free 1GB data daily from April 1, here's what you should know

All users will also get free calls to the national and state-level Crisis Preparedness and Response Centre hotlines. — Bernama

Prepaid and postpaid Maxis, Celcom, Digi and U Mobile users will receive free 1GB data daily, to be used from 8am to 6pm, from April 1 and throughout the the movement control order (MCO) period.

Local telcos in a joint statement said more initiatives will be introduced later: "The industry is also working on ways of easing the burden of the B40 segment during this period and will announce plans around this aspiration in due course, following discussions with the relevant authorities on the best mechanisms to support this segment."

Telekom Malaysia (TM) and Time are supporting the mobile operators by providing additional fibre capacity to serve higher demands. All users will also get free calls to the national and state-level Crisis Preparedness and Response Centre hotlines.

Celcom CEO Idham Nawawi announced via Twitter that all its customers will be given the free data without having to opt in, effective April 1. More details are available on its website.

U Mobile has provided an FAQ stating that the offer is open to all active customers (postpaid, prepaid, broadband). If you're a prepaid user and your line is inactive then you will not be eligible for the free data. The same goes for postpaid users – your line must be active to redeem the data.

The telco said there will be no speed cap and the free data can be utilised for tethering or sharing with others via a mobile hotspot. However, it can only be used domestically and not for international roaming. Once the daily 1GB data has been fully utilised, users will be notified via SMS.

A one-time redemption is required: users have to dial *118*6# for prepaid or *118*7# for postpaid and then select Special Offer on their phone.

Meanwhile, Digi in a Facebook posting said it will offer more info on the 1GB free data offer at a later time. LifestyleTech has reached out to Maxis for more details.

The telcos will also pour in an additional RM400mil in investment to maintain the availability, stability and quality of the networks. 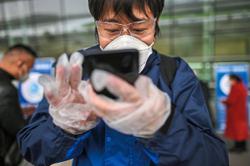 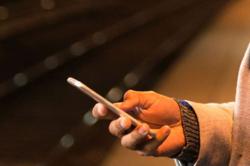 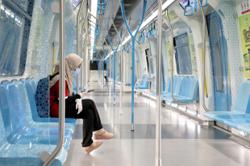 MCO: Maxis, Digi, Yoodo or Tune Talk user? Find out how you can get your free daily 1GB Internet data starting April 1