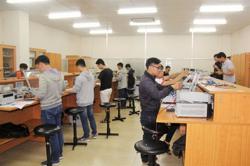 System analyses hundreds of images in seconds, then advises doctors what to do next. China has offered free use of the machine around the world, but US Centres for Disease Control says it does not recommend using scans to diagnose Covid-19. — SCMP

A supercomputer in China offers doctors around the world free access to an artificial intelligence diagnostic tool for early identification of Covid-19 patients based on a chest scan.

The AI system on the Tianhe-1 computer can go through hundreds of images generated by computed tomography (CT) and gave a diagnosis in about 10 seconds, according to the National Supercomputer Centre in Tianjin, which hosts the machine.

An employee at the facility said the results could then be used to help medical professionals – especially those in areas that have limited test kits or are hit by a sudden increase in suspected cases – to quickly distinguish between patients infected with the novel coronavirus and those with common pneumonia or another illness.

The accuracy of the analysis was higher than 80% “and increasing steadily every day”, he said.

The system has an English interface and the reports it produces direct doctors to those areas of the patient’s lungs that require special attention by circling them in different colours.

It also provides an estimate of the likelihood of the person having contracted Covid-19, in a range from zero to 10, with lower numbers suggesting a higher probability of infection.

It even advises on what to do next, based on the experiences and lessons learned from doctors who have treated coronavirus patients.

Dr Xu Bo, a lead scientist on the project at Tianjin Medical University, said in an interview this week with Science and Technology Daily that the accuracy of the system was initially “rather poor”.

But the team worked round the clock to train the machine using the latest information from doctors with experience of Covid-19 and their clinical practices, he said. As the number of samples increased, the AI’s performance improved significantly, and is now helping medical teams fighting the coronavirus in more than 30 hospitals in Wuhan and other cities.

Xu said that it would take an experienced doctor about 15 minutes to go through the 300 images generated by a CT scan, while the AI did the job in about 10 seconds.

The system could be accessed via a computer or even a mobile phone, he said.

The use of chest scans for diagnosis was first proposed by doctors fighting the Covid-19 epidemic in Wuhan. After the city went into lockdown, a large number of suspected patients appeared and testing them for infection using genetic methods took from several hours to several days. Many people are thought to have died while waiting for their results to come back.

In a series of studies, including a paper published in medical journal The Lancet, Chinese doctors showed that CT scans were a reliable tool because the lungs of coronavirus patients had features unseen in other diseases.

The Chinese government accepted their advice and said scan results could be used as credentials for treatment. Many scientists have said that decision played an important role in controlling the outbreak in the country.

But not all countries agree with that methodology. The US Centres for Disease Control, for instance, “does not currently recommend CXR or CT to diagnose Covid-19”.

It said the reason was that using scans would attract more suspected cases to hospitals and in turn raise the likelihood of them infecting other patients and staff.

The American College of Radiology said: “CT should not be used to screen for or as a first-line test to diagnose Covid-19.”

After the device was used on a suspected patient, it could take an hour to clean the test room, the college said on Wednesday.

A doctor working at a Beijing hospital treating Covid-19 patients said the CT machine could scan hundreds of patients a day in China, but because of the different protocols in some Western countries, the number there fell to just one or two.

“Governments should not let the CT sit idle during a major public health crisis,” she said.

“If you can’t give the people a test, give them a scan.” — South China Morning Post