Archive of Our Own, one of the Internet’s biggest fanfiction sites, blocked in China amid new censorship rules

Archive of Our Own, also known as AO3, says its site is inaccessible in China and it is “not due to anything on our end”. The site’s disconnection from China’s Internet has angered some users, who blame fans of actor Xiao Zhan for reporting a story featuring their idol. — SCMP

Archive of Our Own (AO3), one of the world’s biggest fanfiction sites, appeared to be blocked in China on Feb 29 as regulators further tightened Internet controls, with some users furiously blaming fans of a popular actor for the government’s action.

“Unfortunately, the Archive of Our Own is currently inaccessible in China,” the Organisation for Transformative Works, a US non-profit group that operates AO3, said on its Twitter account. “We've investigated, and it is not due to anything on our end.”

The organisation said it did not know “if it’s a temporary shutdown caused by server operators or a long-term restriction to access”.

It added that Chinese mobile network suppliers such as China Unicom and China Telecom appeared to have disconnected the connection between the local and overseas networks, according to a separate post by OTW late Saturday on popular microblogging site Weibo. It added that it could not resolve the problem since the disconnection is not caused by AO3’s servers.

OTW did not immediately respond to requests for comment on Monday. Calls to the country’s Internet watchdog, the Cyberspace Administration of China (CAC) also went unanswered on Monday.

Unfortunately, the Archive of Our Own is currently inaccessible in China. We've investigated, and it is not due to anything on our end. We're keeping Chinese users updated on our Weibo: https://t.co/B4r3IEj0fU

Established in 2008, AO3 is an open-source platform for fanfiction, fanart and other fanworks contributed by users. It hosts 5.7 million fanworks in over 36,000 fandoms for 2.4 million users. Last year the site won a Hugo award, a literary award for science fiction and fantasy works, in the category of Best Related Work.

Although it is not unusual for foreign sites to be blocked behind China’s so-called Great Firewall, the apparent censorship of AO3 drew widespread anger among China’s considerable fanfiction community. Over the weekend, the site became one of the most-searched topics on Weibo, with almost 590,000 posts viewed 510 million times.

Many users pointed the finger at fans of Chinese actor Xiao Zhan for reporting the site to Chinese authorities, after fans of Xiao, who rose to stardom after starring in web series The Untamed – itself adapted from a queer romance novel – initiated a campaign last Thursday against a fanfiction creator who portrayed their idol as a sex worker with gender dysphoria in a fanfiction series with queer themes.

Unhappy about the story that they said “tainted Xiao’s image”, the fans reported the creator and the fanfiction series, which was distributed on AO3 and a Chinese social platform called Lofter, to the CAC for “prostitution and pornographic content”.

They also shared tutorials about how to report the story to authorities via website, telephone and email. As of a check on Monday, the tutorial posts have been deleted but screenshots of them are still circulating on social media.

The fan-written story was later taken down from the Lofter app, while AO3, which is still hosting it, has been inaccessible in China on Saturday.

Outraged Internet users took it to social media Weibo to voice their anger, accusing Xiao’s fans of being compliant in China’s censorship machine.

“China has succeeded in getting people accustomed to self-censorship in the past decade, and in using public power to eliminate those with different opinions. The idea has been deeply rooted in everyone’s head,” Weibo user Frunzzi wrote in one of the most popular comments.

Another user with the handle ChaofanDouxiansen wrote: “Why would you hurt the already limited space for creation? Shame on you.”

Xiao’s team issued a statement Sunday night apologising “for occupying public resources”. His fan club apologised for failing to prevent some of its members from voicing “radical” views.

China’s fandom and anime culture has a growing community. With an estimated 70 million readers, China’s online comics market has become one of the latest areas where Internet companies are competing against each other to drive user growth with a universe of content including anime, video games and streaming.

NetEase and Tencent Holdings are leading players in the field, although they still count on games to generate most of their revenue. Bilibili started off as an anime-focused video sharing site before morphing into a provider of licensed content from mobile games to anime to comics.

However, the mainstream platforms are closely watched by the censors with low tolerance to lesbian, gay, bisexual and transgender (LGBT)-related and sexually explicit content. Fanfiction enthusiasts have, therefore, had to resort to foreign sites such as AO3 to create, distribute and read more controversial works.

Beijing justifies its online censorship as the right of every country to control its domestic Internet space – a concept it calls “cyber sovereignty”. Popular foreign sites including Google, Facebook and Twitter are banned in China.

The new rules come amid an ongoing campaign by the central government to censor and “clean up” its cyberspace. Last April the authorities shut down nine instant messaging apps for spreading pornographic information or facilitating prostitution.

In 2018 the Office of Combating Pornography and Illegal Publications summoned Chinese tech giant Tencent Holdings and ordered the WeChat operator to clean up vulgar content, after which Tencent blocked or shut down 1,706 WeChat official accounts in a day. – South China Morning Post 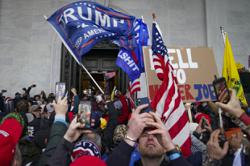