Traffic crosses the Golden Gate Bridge in the rain in this view from Sausalito, California. In 2014, the National Park Service forbade unmanned aircraft from taking off in national parks around the country to protect people and wildlife, unless a special permit is obtained – not that it's stopping people from flying drones there. — AP

The photos are breathtaking.

The Golden Gate Bridge is seen from above, its sweeping lines foreshortened. Two rows of cables, so imposing from the ground, look like orange pieces of string. Some shots almost touch one of the bridge's towers as tiny cars zip down below.

The photos are taken by drones – the small, camera-equipped, unmanned aircraft that can get closer to landmarks than helicopters. The images get thousands of likes on Instagram. Dozens of drone videos also rack up views on YouTube.

They also appear to be illegal.

In 2014, the National Park Service forbade unmanned aircraft from taking off in national parks around the country to protect people and wildlife, unless a special permit is obtained. That includes the 82,027-acre Golden Gate National Recreation Area, which surrounds the Golden Gate Bridge. A year later, "drones prohibited" signs were installed around the bridge. The Federal Aviation Administration hasn't designated the airspace above the bridge as a no-fly zone, but it generally prohibits flying over moving vehicles.

That hasn't stopped enthusiasts who continue to fly and share aerial photos on social media. Not all flights go smoothly: Since late 2014, five drones have crashed on the bridge's roadway, most recently two in 2018, according to the Golden Gate Bridge, Highway and Transportation District, which manages the bridge. A sixth drone crashed into one of the towers below the roadway.

"By the grace of God, it hasn't hit a car, bicyclist or pedestrian," said Denis Mulligan, CEO of the the transportation district. But he's concerned it's just a matter of time before a drone causes serious injury or worse.

Security video of one of the crashes, described by Mulligan, show two young women standing on the Marin County side of the bridge. They fly a drone towards the south tower, but it loses its signal – drones typically use GPS to navigate – and quickly falls from the sky and crashes into a northbound traffic lane.

"We're not trying to stifle creativity," Mulligan said. "We're concerned with all aspects of safety."

The regulatory challenges coincide with a growing US drone market, where an estimated 1.25 million commercial or consumer drones operated at the end of 2018, up 13% from the previous year, according to the US Federal Aviation Administration. Hobbyists have flocked to drones that have become less expensive to buy, with improved cameras and easier manoeuvring, the agency said.

Mulligan is particularly concerned about inexperienced operators crashing drones. Other threats include drones entering restricted areas around the bridge, which are fenced off to block people on the ground, along with the use of drones to carry out terrorist acts.

Park rangers handle drone enforcement in the Golden Gate National Recreation Area, which stretches from the Marin Headlands to the Presidio and south beyond Ocean Beach. Rangers respond to multiple reports of illegal drones each month and have issued citations and seized drones, according to Nationals Parks spokesman Charles Strickfaden. There's been at least one drone crash in the Golden Gate parks area, he said.

Rangers also respond to online images that appear to be taken by drones.

"We document about 20 reports per year, and suspect that unreported illegal use is much higher than this. In these cases US Park Rangers and US Park Police actively respond to visitor reports, and attempt to contact the operator. Officers contacted website owners that they can be prosecuted for illegal drone activity and associated commercial filming without a permit," said Strickfaden.

The San Francisco Recreation and Park Department also bans drones from taking off at city parks. It has issued 26 citations since July 2015, with individual fines of US$192 (RM813).

Some drone images reviewed by The Chronicle on Instagram and other websites have been public for years.

"You can't do anything unlawful, misleading, or fraudulent or for an illegal or unauthorised purpose," on Instagram, the company states in its terms of use, but it said drone photos of the bridge are acceptable.

"These photos do not violate our policies," said Liza Crenshaw, an Instagram spokeswoman, by email. "However, if we receive a valid law enforcement request, we will respond to that accordingly."

YouTube didn't respond to a request for comment. A provision of the 1996 Communications Decency Act known as Section 230 typically protects technology companies from being held liable for content created by users.

The bridge isn't alone in grappling with drone challenges.

In 2017, a drone crashed into a high voltage wire in Mountain View and knocked out power for around 1,600 people for two hours. In 2018, one slammed to the ground in downtown San Francisco, nearly hitting people, while inspecting a cracked window at the tilting Millennium Tower, after losing its GPS signal. Firefighters battling California wildfires last year had to land helicopters after drone sightings.

"We have seen a lot of increase of incidents near landmarks," said Amit Samani, vice president of enterprise sales at Dedrone, a San Francisco company that sells sensors and software to monitor and protect against drones. He said both regulations and government entities are falling behind as drone technology keeps advancing.

At the same time, drones have become a thriving legal business by providing images for marketing and real estate projects, safer inspections of building and infrastructure inspections – including at Salesforce Tower – and for search and rescue operations. Tech giants like Google and Amazon are testing them for delivering supplies and packages. San Francisco Public Works, local fire departments and the Golden Gate Bridge transit district itself have all used drones.

Drone manufacturers can block flight in restricted areas through a technology called geofencing, which can disable drones from taking off or entering areas such as prisons, airports or large open sports events.

DJI, the world's largest commercial drone maker, said it complies with FAA regulations and uses geofencing based on the agency's restrictions.

"Drone pilots are responsible for understanding and obeying all rules and regulations during their flights, and the overwhelming majority of drone pilots fly safely and responsibly. DJI will only override their decision-making or disable our technology for the most serious concerns," said Adam Lisberg, spokesman for DJI.

The Golden Gate Bridge is not geofenced, and the FAA has not designated the airspace as a no-drone zone, despite the National Parks Service's ground ban, which complicates regulations.

"The FAA has sole jurisdiction over the nation's airspace, and no other government agency can ban drones from any airspace. However, another government agency may be able to prohibit people from launching or landing a drone on property that it owns or controls," said FAA spokesman Ian Gregor. He didn't have information on whether the FAA has considered banning drones around the bridge.

That means there is one legal way to launch a drone around the bridge: by boat.

Toby Harriman, a professional photographer who specialises in aerial photography, has legally flown drones under the bridge that way, but never over the bridge – which typically requires an FAA waiver to allow flying over people.

It can be difficult to distinguish between drone photos of the bridge and those taken by helicopter, which are legal. But telltale signs in videos include hovering in place for time lapses and flying through the gaps in the bridge towers, said Harriman.

"I see so many Instagrammers, they all think they're above the law," he said. "Drones are getting smaller. They're getting easier to fly. The problem's not going to get easier."

Harriman is also concerned about other aircraft colliding with drones. Earlier this month, a camera drone hit a helicopter in Southern California.

The FAA is seeking to strengthen regulations through a proposed identification system, which would require almost all drones to be connected to the internet and broadcast their identification and location information on systems operated by private companies. That data would be preserved for six months.

For now, drones are easy to purchase, and the FAA allows anyone 13 or older to register a drone. And the images of the bridge keep appearing.

"No one's getting in trouble," said Michael Shainblum, a professional photographer in San Francisco. "Most of these people flying these drones aren't getting caught." – The San Francisco Chronicle/Tribune News Service 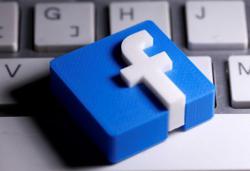