By Daniela Wei and Jinshan Hong

Teacher Wang Guanxin of the ITutorGroup instructing other teachers how to teach online in Shanghai. Yang, founder of the Shanghai-based iTutorGroup, said the number of online classes taken on its platforms was three times more than the previous year during the first ten days of February. — AFP

The weeks-long closure of schools over virus fears across China and Hong Kong is testing kids – and their parents.

Working mom Chen Yan has taken to installing a surveillance camera at home to see what her 12-year-old son is up to during the day while she’s at the office in the mainland city of Shaoguan, in Guangdong province.

So far, she’s caught him doing everything but studying, including napping while livestreamed lessons play in the background. "We can’t hear a single sentence from the teacher smoothly given the slow Internet,” she said. "And I’m sure the teacher won’t notice if my son is listening in a 60-student class.”

China’s novel coronavirus outbreak has infected more than 70,000 people and shut down large parts of its economy since emerging in Hubei province in December. It’s also forced millions of parents across the mainland and Hong Kong to share space with their children schooling from home as campuses from the elementary to university level extend closures through March.

It’s been an unexpected boon for one industry: online education, which now must figure out how to engage students accustomed to classroom interaction. While parents are suffering, Chinese online education companies are stunned at their good fortune. What was a fiercely-competitive, cash-burning market segment is now one of the few business winners from the health crisis.

Eric Yang, founder of the Shanghai-based iTutorGroup, said the number of online classes taken on its platforms was three times more than the previous year during the first ten days of February. Growth was especially rapid in smaller mainland cities where more students already relied on offline tutoring classes, he said. The company is controlled by China’s biggest insurer, Ping An Insurance Group Co.

"The coronavirus is redefining the online education sector,” Yang said. "I expected online classes would surpass physical tutoring businesses in three years, but now I think the turning point will come much earlier.”

Shares of China’s education companies surged this month as the virus spread. Two of the most prominent – TAL Education Group and New Oriental Education and Technology Group – were up 19.2% and 13.4% at the close of trading Friday, respectively.

Some two million Chinese students have enrolled in online classes in the short-term due to the coronavirus, Citigroup analyst Mark Li said in a note this month.

"Learning online is a reasonable compromise at this special time,” Chu said. "But it will never be a replacement for a classroom, for face-to-face learning experiences.”

Ivan Au, 48, works in the city’s insurance industry. With the mainland border largely closed, no Chinese clients are coming across these days, he said, turning him into a full-time educator for his five-year-old daughter and more tired than when he was working full-time.

"When she’s learning, I am the teacher,” he said. "When she’s playing, I need to accompany her. When she goes to sleep, I need to prepare for the next day’s teaching materials. I get no rest at all.”

Au was relieved when the kindergarten scheduled a session with live instruction from a teacher on video conferencing platform Zoom last week.

"My daughter really looks forward to meeting with other kids online after staying at home for weeks. She was excited and took many pictures of the video meeting with her Polaroid camera,” he said.

There are hurdles to making an online education as impactful as real-life interaction – even for teachers who, too, must remain home with their kids.

Hu Bing, 44, a physics teacher in Beijing, steeled herself as her 16-year-old daughter restarted classes last week from home, using an e-platform to continue studying for next year’s all-important college entrance exam.

"Every so often our Internet cuts out; it’s not stable,” she said. Another foreseeable problem is the additional time it make take to cover class material when students aren’t convening in person.

The boost to online learning platforms may also ebb away quickly after the epidemic passes.

"There’s no guarantee the this short-term boom can be turned into long-term growth,” said Yvette Chan, Hong Kong-based managing director at consultancy Alvarez & Marsal. "Companies need to have high-quality learning platforms to keep students in the virtual classrooms.”

And the virus’ impact could lead to an over-saturation in the market, as companies from new startups to China’s tech giants like Alibaba Group Holding Ltd. are jumping into the fray, said Chien Wong, founder of Envolve Group, an education-focused investment company.

Alibaba’s DingTalk, now the most downloaded free app in China’s iOS App Store, rolled out new features for classroom settings, including live-streamed lessons for upwards of 300 participants and an online testing and grading system. At least 50 million students from elementary to high school had signed up for its online teaching programs as of Feb 10, according to the group.

For kids already steeped in the digital age, the addition of one more screen to their daily lives might be more seamless than for their bedraggled parents.

Lu Yan, a 39-year-old university lecturer in Sichuan province, signed up for English classes for herself and her 10-year-old son via iTutorGroup.

"Personally I still prefer to talk to my students in a physical classroom. That’s what I’ve been doing for the last decade,” she said. "But I won’t be surprised more and more classes will be moved online, because our kids were born and growing up with the Internet.” – Bloomberg 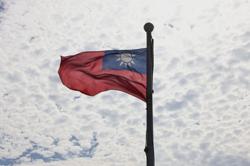