Country Garden Holdings, one of China’s biggest real estate developers, has donated its Foodom robot to a quarantine centre in Wuhan to prepare meals for health officials. The product is among the billions of dollars of products that have poured into Wuhan since the outbreak started. — SCMP

At the Hubei Land Resources Vocational College, a quarantine facility in the epicentre of the global coronavirus outbreak in Wuhan, a robot is cooking up a storm.

Called Foodom, the automaton can prepare 120 servings of clay pot rice with different ingredients every hour around the clock from its fuchsia pink metal casing the size of a standard shipping container. That’s enough to feed the army of doctors, nurses and health officials staffing the quarantine centre to contain an outbreak that has sickened 61,682 people and killed 1,921 in the province as of February 19.

Developed by Qianxi Robotic Catering, a unit of the real estate developer Country Garden Holdings, the robot was among the billions of dollars of masks, gloves, biohazard clothing and all kinds of protective equipment that have poured in since the outbreak was traced to this landlocked province in January.

From instant hotpot to down clothing to robot chefs, China’s worst public health crisis in decades has also become an opportunity for companies to showcase their philanthropy and endear their brands to the estimated 50 million people who have been homebound since last month because of the coronavirus outbreak. 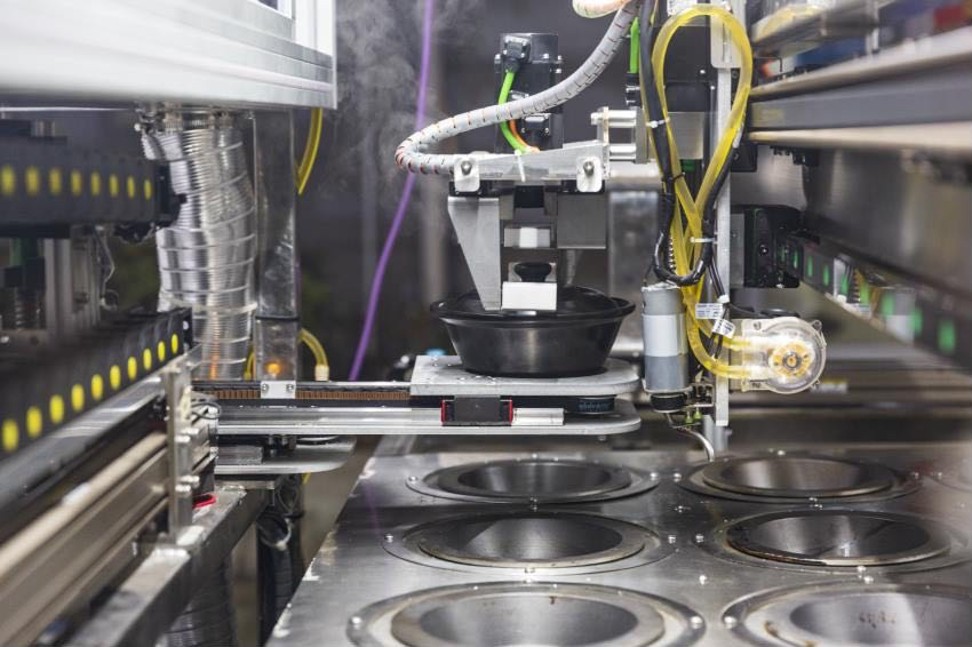 Haidilao International Holding donated 5mil yuan (RM2.98mil) toward the coronavirus relief effort, including 2mil yuan (RM1.19mil) of instant hotpot to medical staff in Wuhan. The shares of the restaurant chain fell by as much as 4.8% on Feb 10 in Hong Kong after members of a family caught the coronavirus during a large hotpot dinner in January.

Chinese down jacket maker Bosideng has aided the fight against the epidemic by donating 150,000 down jackets worth 300mil yuan (RM178.84mil) to provide warmth and protection for frontline public health workers.

Among all these corporate donations, robots, artificial intelligence (AI) and applications that enable people to work and pay from anywhere had stood out, said Cao Hua, a partner at the private equity firm Unity Asset Management.

“Opportunities arise when a crisis affects millions of people’s life,” said Cao. “The lockdown of cities gives [these applications] the rare opportunity to show off their capabilities of making people’s life better.”

China's workforce is expected to shrink by more than 23% by 2050 as an ageing population takes its toll on the world’s second-largest economy, forcing the government to look at ways to improve productivity, and replace human labour with AI and robots. 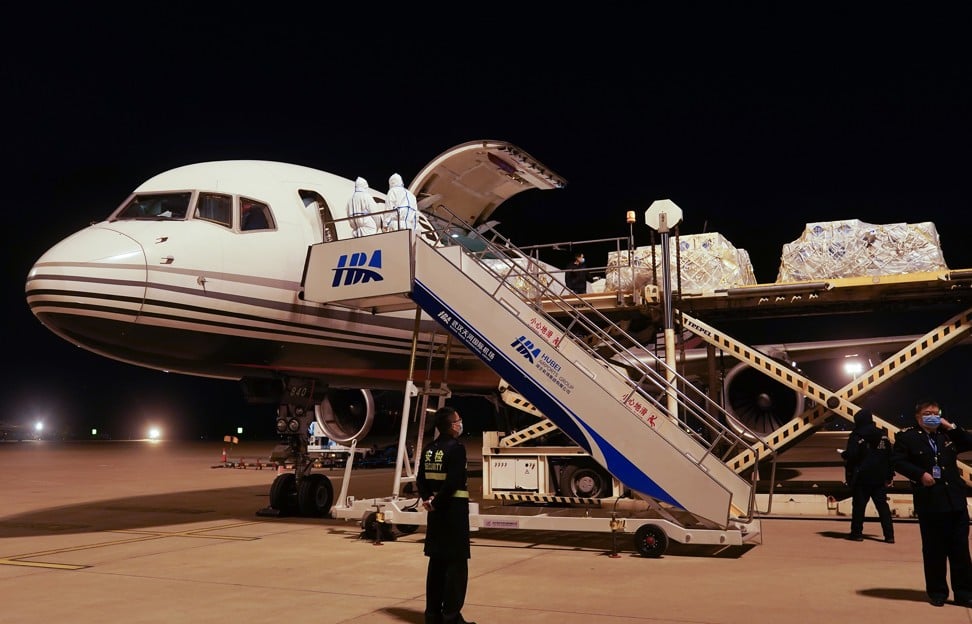 Already, several AI-enabled applications and services are making their presence felt. There’s Shanghai Xiaoai Robot Technology, whose voice-recognition technology is powering the call centres at the provincial authorities of Hubei, Shandong, Beijing and Shanghai to provide basic information on disease prevention to callers.

“Public health is emerging to be the new area that Xiaoai can tap in future,” said the company’s chairman Yuan Hui, who is providing the technology for free. “It’s not wrong to say that the epidemic has created new business opportunities for AI companies. But right now, we want to focus on our social responsibility to donate our products to the society.”

At CloudMinds Technology, 100 of its cloud robots – their processing units are connected by cloud computing, enabling more information to be processed with a smaller physical size – had been shipped to Wuhan hospitals to help transport supplies, meals and biohazard materials and reduce human contact with potentially contagious material. 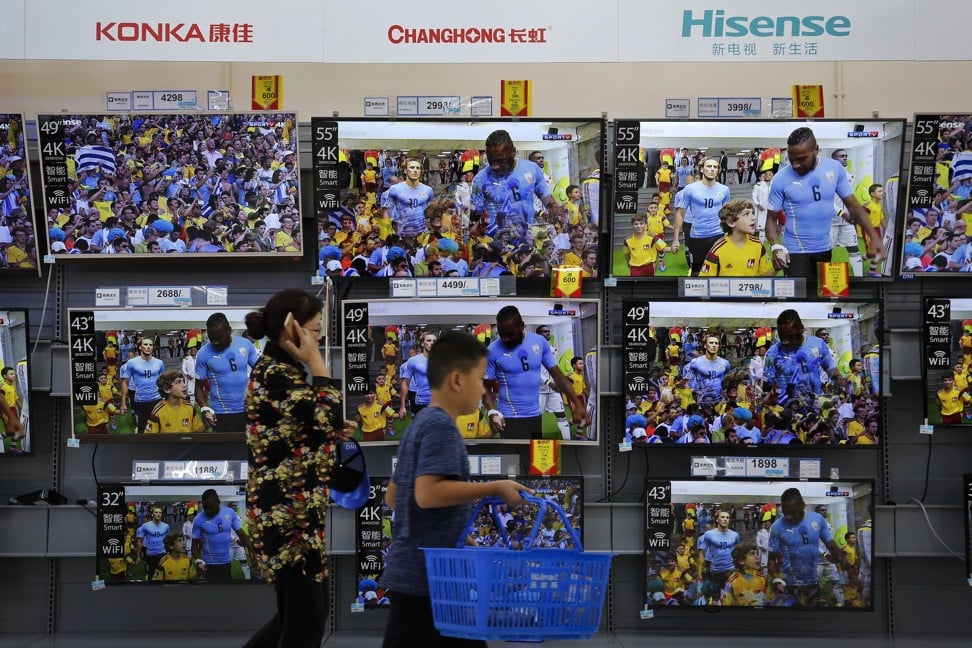 NetEase, the Chinese Internet giant that is better known for its distribution of the computer game World Of Warcraft, is offering education courses online through a streaming service, and free homework to all primary and secondary school students in Wuhan over the winter break. The Guangzhou-based company established a 100mil yuan (RM59.61mil) fund to support the fight against the virus.

Hisense Home Appliances Group, one of China’s largest television makers, is offering all of its paid-TV content to Wuhan for free.

The abundance of AI, cloud computing and big data-related applications also offers a glimpse into China’s technological ambitions as the country aims to become a global manufacturing powerhouse by 2025.

Taobao, the online shopping platform developed by this newspaper’s owner Alibaba Group Holding, was launched in 2003 during China’s outbreak of the severe acute respiratory syndrome (Sars), when millions of quarantined residents could not go out to shop. Over 17 years, Taobao and its sibling site Tmall.com had ballooned into the world’s largest e-commerce platform, with 3tril yuan (RM1.78tril) in gross merchandise changing hands in 2017. 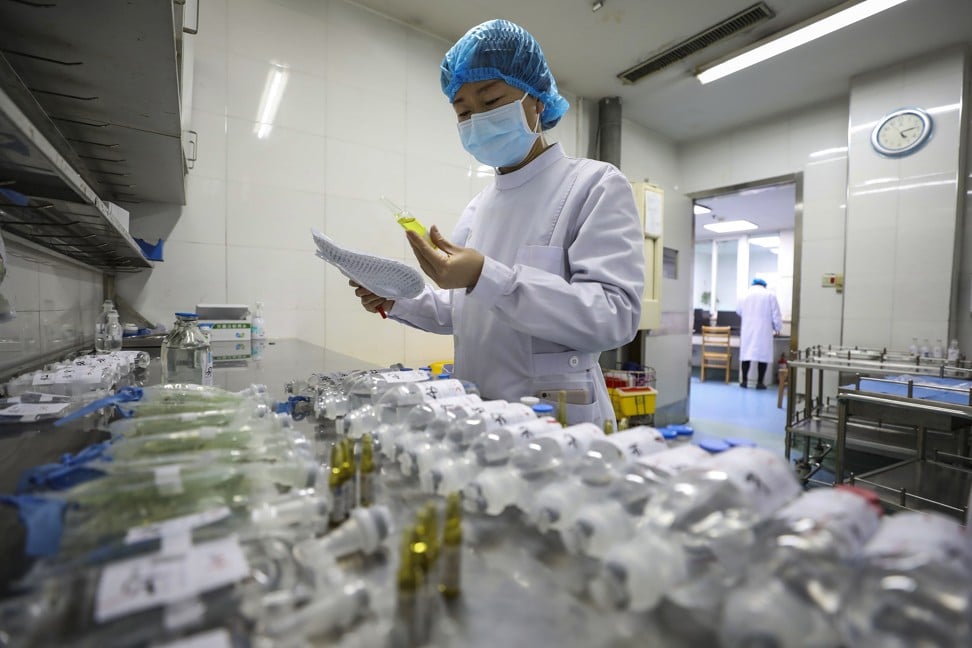 Now investors are on the lookout for the next technological innovation to break out of the largest work-from-home and stay-at-home experiment.

“Disruptive technologies cannot only drive business and economic growth, but play a big role in disaster-relief work,” said Yin Ran, a Shanghai-based angel investor. “For those companies, the disease outbreak is likely to give them a boon as orders for their products rise in future.”

Foodom is part of Country Garden’s strategy to diversify from its core business in search of new revenue streams. The Qianxi unit opened its first robotic restaurant in Guangzhou on Jan 12, featuring a number of Foodom bots that can flip hamburgers, mix cocktail drinks and stir fry different dishes.

For the company, Wuhan has helped turn Foodom from a gimmick into a real application. The company donated more than 200mil yuan (RM119.22mil) of cash and products since late January to the fight to contain the coronavirus. – South China Morning Post