NEW YORK: Losses from cryptocurrency crime surged to US$4.52bil (RM18.7bil) last year, as insider theft soared even as hacking losses declined, according to a report from blockchain forensics company CipherTrace.

Blockchain, which first emerged as the system powering bitcoin, is a shared database maintained by a network of computers.

Cryptocurrency user and investor losses due to fraud and misappropriation in 2019 increased by more than five times, while hacks and thefts fell by 66%, the report showed.

"We noticed a significant uptick in malicious insiders scamming unsuspecting victims or leaching on their users through Ponzi schemes," Dave Jevans, CipherTrace chief executive officer, said. "Attacks from the inside of organisations lead to significant exits with major consequence to the crypto-ecosystem."

Since bitcoin's launch more than 10 years ago, governments and regulators around the world have grappled with the opaqueness and lack of transparency in the cryptocurrency market that has led to massive losses for investors.

The other significant loss was the almost US$135mil (RM558.5mil) that customers lost from Canadian crypto exchange QuadrigaCX following the unexpected death of its co-founder, according to CipherTrace.

The CipherTrace report also found illicit cryptocurrency money service businesses – including crypto exchanges – have transmitted funds on the payment networks of almost all the top 10 US retail banks. 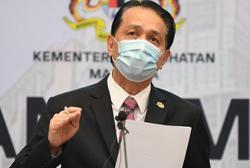