Swipe, steer, click: Are steering wheels getting too complicated?

The only thing that oldschool steering wheels have in common with today's high-tech counterparts is the round shape. — Klaus-Dietmar Gabbert/dpa

The list of functions attached to the steering wheel is growing and growing, as manufacturers begin to add touchscreens, lights and sensors to monitor your health.

Indicate, turn on windscreen wipers, beep: Most steering wheels do more than just setting the direction of the car.

But with as many as 36 functions on some Mercedes steering wheels, this part of the car has grown particularly complex in recent years.

Without taking your hands of the wheel, you can now turn down the volume, skip to the next track, answer a call and then ask for driving assistance.

But car companies aren't stopping there, and Mercedes has also furnished these high-tech wheels with touchscreen buttons, allowing you to swipe through a menu shown in the car's cockpit.

The 10x10 mm surface lets you access a central media display, which, when used alongside its voice control function, means you can drive the car while almost never lifting your hand off the steering wheel. 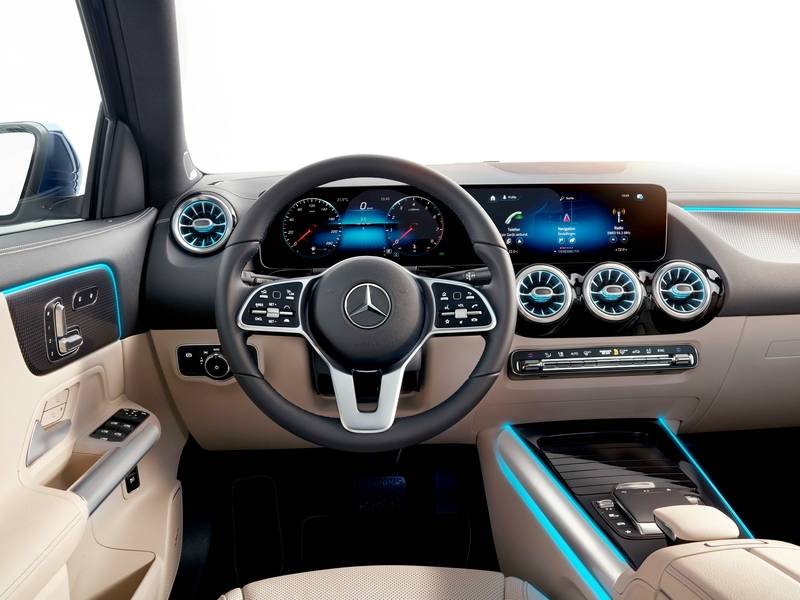 No longer just for steering, the wheel is your control centre: More and more buttons and touch-sensitive surfaces have migrated to the steering wheel in recent years. — Daimler AG/dpa

"We don't want to overload the steering wheel, which is why, in the future, we probably won't add any new switches or functions to it. The driver shouldn't be distracted from driving," says Mercedes engineer Marcus Fiege.

Their goal is, instead, to enable barrier-free operations for all drivers, including those who can't or don't want to speak. This is why future steering wheels will include touchscreens with sensors built in to detect where it is drivers place their hands, so as to ensure a safer driving experience.

Engineers at German car parts maker ZF recently demonstrated how they envisioned the future of steering wheels. Their steering wheel concept is still round, but also boasts a wide screen and lights at the rim.

"You’ll find this steering wheel in automated cars in around five years time," says ZF developer Marc Schledorn. It lights up in red, yellow and blue around the rim, offering the driver visual prompts.

An airbag is installed behind the display pad, and is still able to inflate from that spot in the event of a impact.

The steering wheel of all level-three automated vehicles must be within reach of the driver at all times, meaning it cannot disappear behind the dashboard.

With steer-by-wire technology, the steering commands would no longer be transmitted mechanically, but electrically. 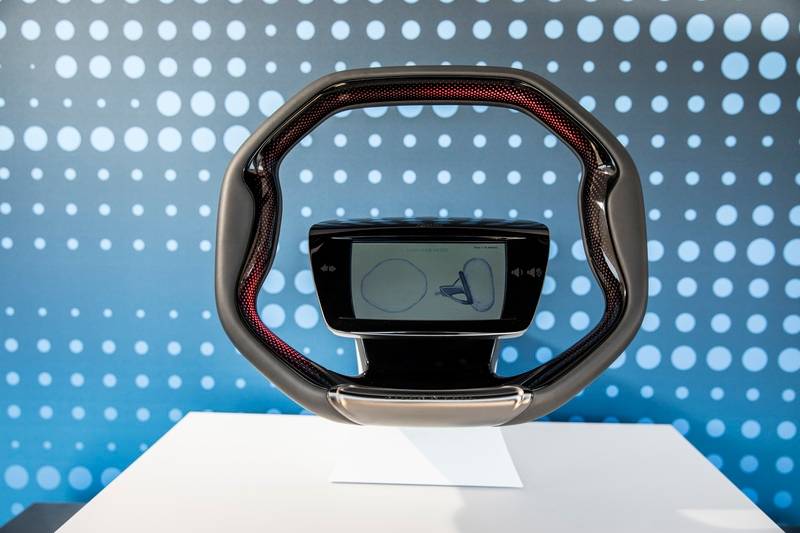 ZF has developed a steering wheel that features an airbag that can inflate from behind a display. — ZF/dpa

ZF are also planning to add more sensors to their steering wheels. One would be installed to allow the car to know whether the driver has their hands on the wheel.

Another would monitor the driver's vital functions, enabling the car to measure the driver's heart rate during the drive.

At Volkswagen, future steering wheels will feature a new control panel on both sides that offer sensitive operation and haptic feedback, control technologies which will soon appear in the ID3 electric car and later in other models.

"With hands-off detection technology, we ensure that the driver keeps their hands on the steering wheel, even in semi-autonomous mode," says VW developer Roland Otte. If the driver does not touch the steering wheel for more than ten seconds, a series of warnings will alert them. 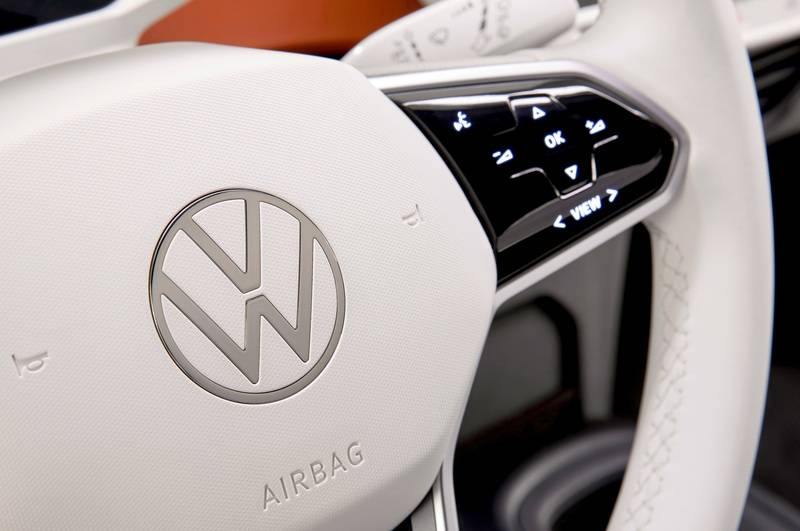 No steering wheel display for VW

While other manufacturers appear keen to pack new functions onto the wheel, VW is still sceptical about this trend.

At present, VW engineers see no advantages in having a monitor in the middle of the steering wheel.

"The driver would struggle to focus on it, as your eyes would have to switch quickly from far to near vision. That's only a strain," says Otte, added that integrating an airbag is very tricky.

"Volkswagen would rather cut down on the number of control functions featured on the steering wheel so as to make driving simpler. To this end, its vehicles will rely more on gesture and voice control," says VW developer Pedro Almeida.

Voice control will be better and more intelligent, he say, so that it can more readily and safely help the driver. – dpa

US ex-beauty queen goes viral on TikTok for calling out workplace ‘locker room talk’
Politics, cash, fame: what motivates climate change deniers
Jail for woman in S’pore who cheated intellectually disabled man out of over S$39,000 in love scam
Climate disinfo surges in denial, conspiracy comeback
Cryptoverse: Big investors edge back to bitcoin
Sony slashes PlayStation VR2 headset output after pre-orders disappoint
When judge ordered US woman to post the truth about a fatal wreck, Facebook was not kind
Dog trapped in burning vehicle now safe, thanks to quick-thinking US Amazon driver
Vrbo is trying to crack down on Super Bowl parties in rentals
Girl in SG was 16 when she helped foreign scam syndicates as ATM runner