Assassin’s Creed Unity places the player in the role of an assassin on a mission in Paris, France during the French Revolution. — AP/Ubisoft

Have a few hundred thousand ringgit but don’t want to buy a house? You can now invest it into Assassin's Creed Unity, which is going for RM345,000 on online video game store Steam.

A post on Steam’s discussion boards points out that the price for the six-year-old action game by Ubisoft is going haywire, becoming either ridiculously cheap or extremely expensive, depending on one's geolocation.

In the Malaysian store, the game is being sold for RM345,000, while buying it as a bundle with other games from the franchise nets users a 10% discount, knocking it down to just RM310,751.10. 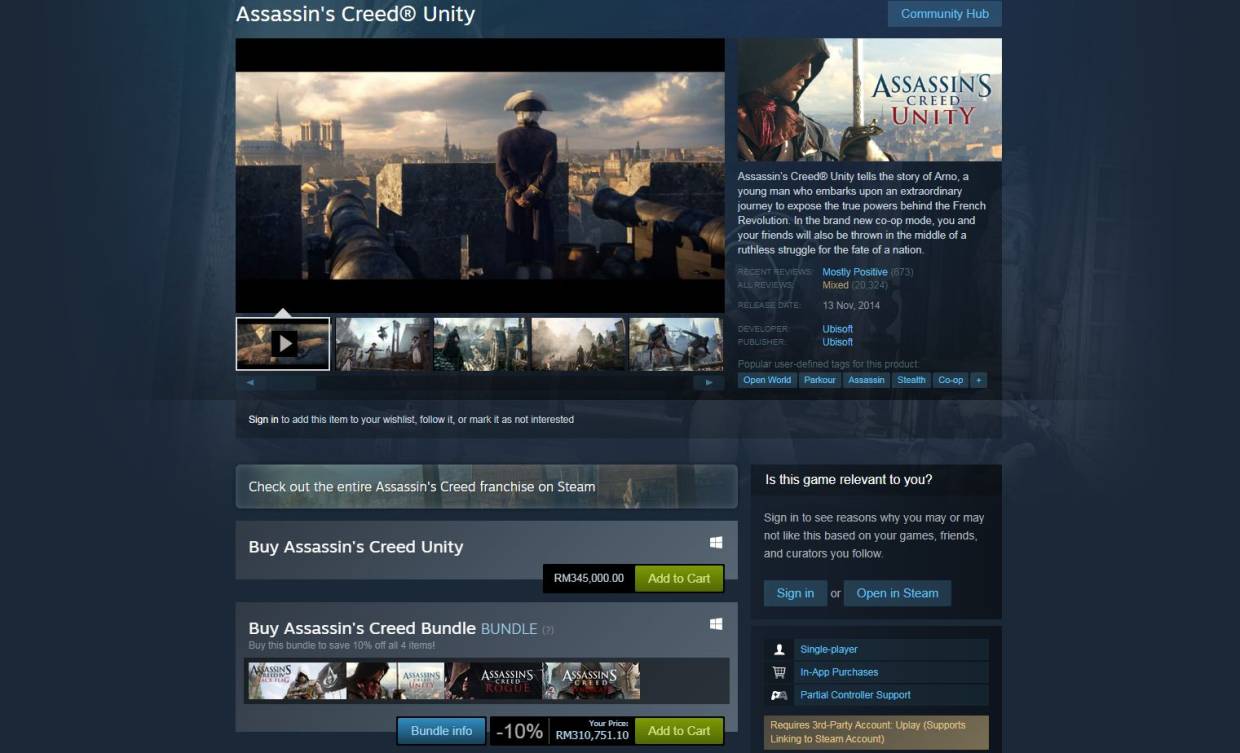 While some users on the discussion boards were happy to get the game for a steep discount, some suggested the price glitch could be related to currency exchanges.

Steam has not issued a statement on the pricing and whether it would be adjusting it.

According to the game’s description, Assassin’s Creed Unity is an action adventure game where the player takes the role of an assassin on a mission in Paris, France during the French Revolution.