E-commerce giants such as Alibaba and Pinduoduo are increasing efforts to help rural farmers and merchants sell their products online. China has made eradicating poverty an important goal to be achieved by the end of 2020. — SCMP

In 2018, farmer Chen Jiubei made a business decision that would lift not just her own fortunes, but those of others in her town.

It was something she stumbled upon: a relative mentioned that she had started livestreaming on e-commerce site Taobao, and while Chen said she did not know what that was, “I decided to give it a shot when I had some free time on my hands”.

Her livestreams of herself doing farm work, cooking meals and talking about her products proved so popular, that she racked up 40,000 followers in just over a year and started regularly selling out her seasonal harvests of corn and rice online.

As the farmer, who is in her 30s, made a name for herself, others in her hometown of Badagong – a remote town in the central Chinese province of Hunan that sits 1,200 metres above sea level – began enlisting her help to sell their fruit and produce in return for a cut of the sales. Many of these farmers used to fall below the poverty line, officially defined by the Chinese government in 2011 as a per capita net yearly income of 2,300 yuan (RM1,354), but Chen said they now earn up to 3,000 yuan (RM1,767) in gross profits monthly via her live streams, lifting the entire village out of poverty.

Chen is one of the growing number of farmers and rural merchants who are looking towards online platforms to promote products to consumers across the country, as China's e-commerce giants – such as the Post’s parent company Alibaba and group-buying platform Pinduoduo – increasingly focus on this group of sellers.

Companies have indicated that they hope to help alleviate poverty in China’s rural areas and to provide consumers with direct access to fresh produce and rural products while cutting out the middlemen in the supply chain.

For Chen, the e-commerce business has tangibly improved conditions at home – meat and fish used to be considered a luxury only to be had on festive occasions; now she and her mother can afford to cook meat dishes for every meal, and when the harvest season rolls around, they can afford to hire workers to work in the fields instead of doing the back-breaking work themselves.

“My mother used to harvest the crops in the field too,” Chen told the Post. “But now that we earn more, she can take a break.”

Alibaba, which is the owner of the Post, this year pledged to help farmers sell over 150 million kilogrammes of agricultural products for the festive season leading up to Lunar New Year, which occurs at the end of January this year. Efforts to achieve this goal include the implementation of a landing page on the main page of its Taobao e-commerce marketplace, which allows users to browse agricultural goods such as fruits and fresh produce directly from these farmers. 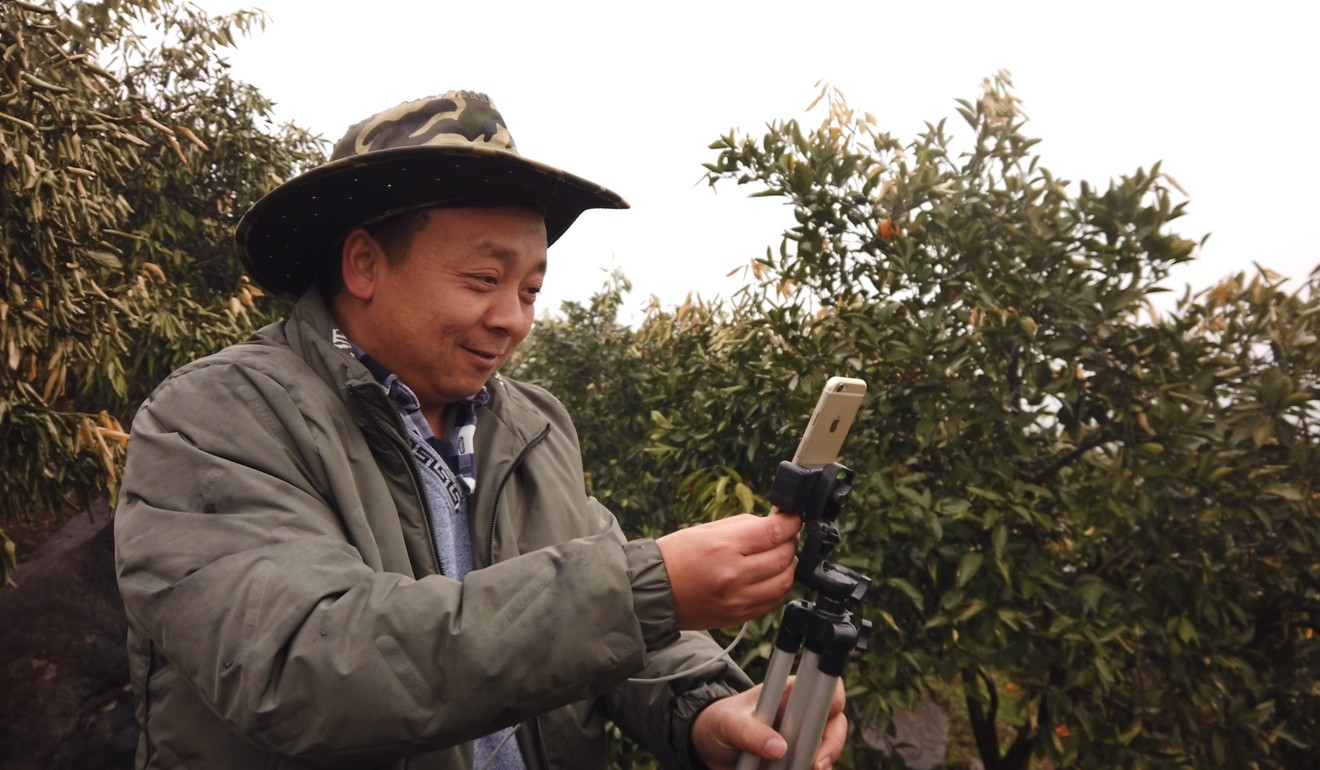 “Our goal is to build a digital engine for rural revitalisation and a new rural infrastructure driven by technology as villages enter the digital economy today,” Li Shaohua, Alibaba vice-president and general manager of Alibaba’s rural business unit, adding that this infrastructure would empower villages and farmers to better sell products online.

Strategies include linking up the urban and rural areas in China, giving urban consumers access to more agricultural products, while also introducing urban products to the rural villages to help improve their quality of life, according to Li. By 2022, the company hopes that sales of agricultural products on its platforms can exceed 400 billion yuan annually.

To be sure, e-commerce platforms may be helping farmers turn a bigger profit but the direct-to-consumer model will inadvertently hurt middlemen in China's agriculture supply chain who previously served as the bridge between farmers and retailers. With e-commerce platforms, farmers are now able to connect with merchants and consumers directly.

The demand for agricultural products across China has already started to show. Between 2014 and 2017, rural e-commerce grew almost seven times, from 180bil yuan (RM106.03bil) to 1.24tril yuan (RM730.45bil), according to the Ministry of Commerce. And during Alibaba’s Singles’ Day shopping festival held last November, 7.4bil yuan (RM4.35bil) worth of agricultural products were sold, a 64% surge from the previous year. 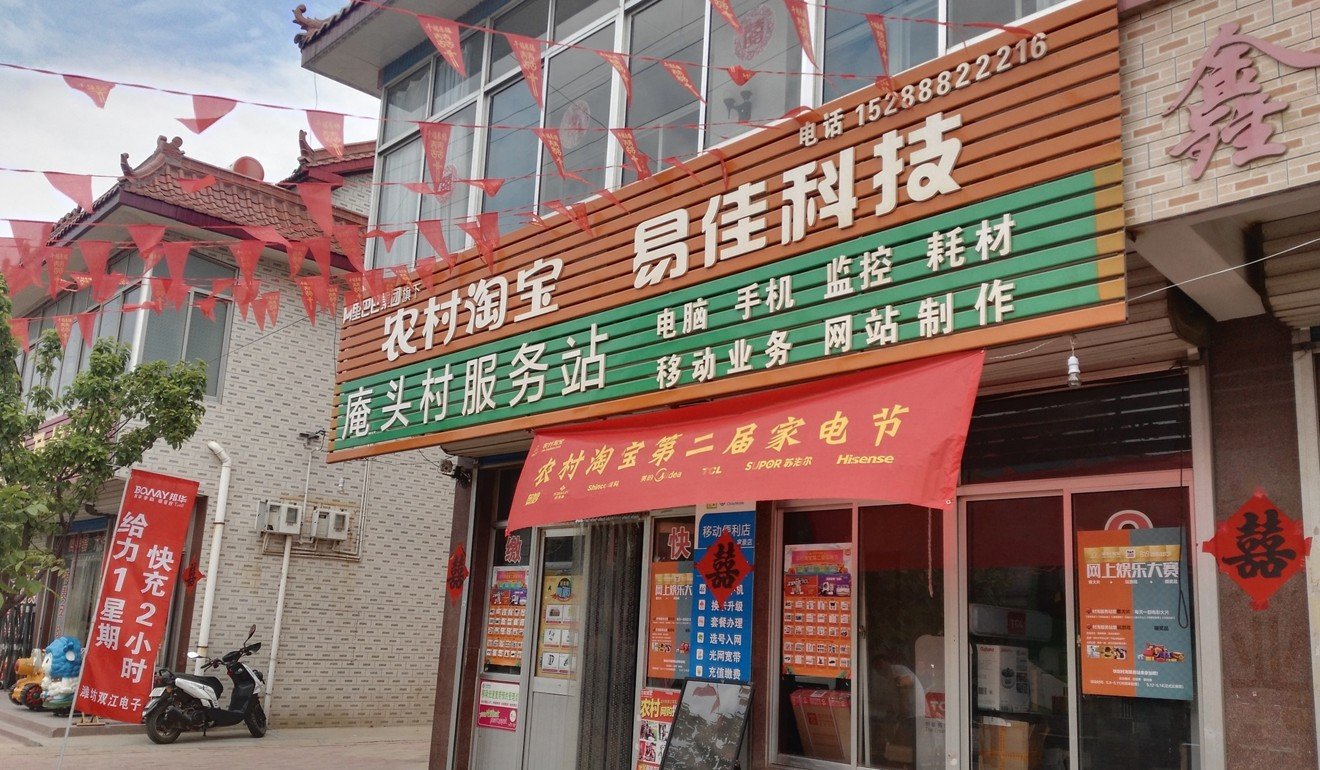 Alibaba is not the only platform with its eye on rural e-commerce. Pinduoduo, the third-largest e-commerce platform in terms of sales in China, has built a business model around helping farmers sell products online. The company held an Agricultural Goods Festival on its marketplace in August, and generated 110 million orders for 20,000 farmers and merchants across 500 areas across the country.

One beneficiary of Pinduoduo’s efforts is Liang Qinyue. Liang runs a business in Inner Mongolia selling Chinese-style beef jerky – a dried meat snack often flavoured with spices like cumin, ginger and garlic. Three years ago, he decided to attempt selling the beef snacks online, in an attempt to grow his customer base.

Today, he operates online stores on platforms like Pinduoduo and JD.com, shipping hundreds of orders each day to customers eager for a taste of beef jerky. Online orders can sometimes be two to three times of what he receives in-store, he said, praising the Shanghai-based company for helping merchants like him go online.

“Many businesses in Inner Mongolia don’t sell online because they don’t know how to,” said Liang. “But we chose to do it because selling online can help us reduce overhead costs, and we can sell to more people.”

Apart from getting farmers and rural merchants online, Shanghai-based Pinduoduo has also launched rural poverty alleviation initiatives such as Duo Duo Farms, which uses AI to help aggregate demand for agricultural products and connects farmers directly with merchants and consumers who wish to buy from them. 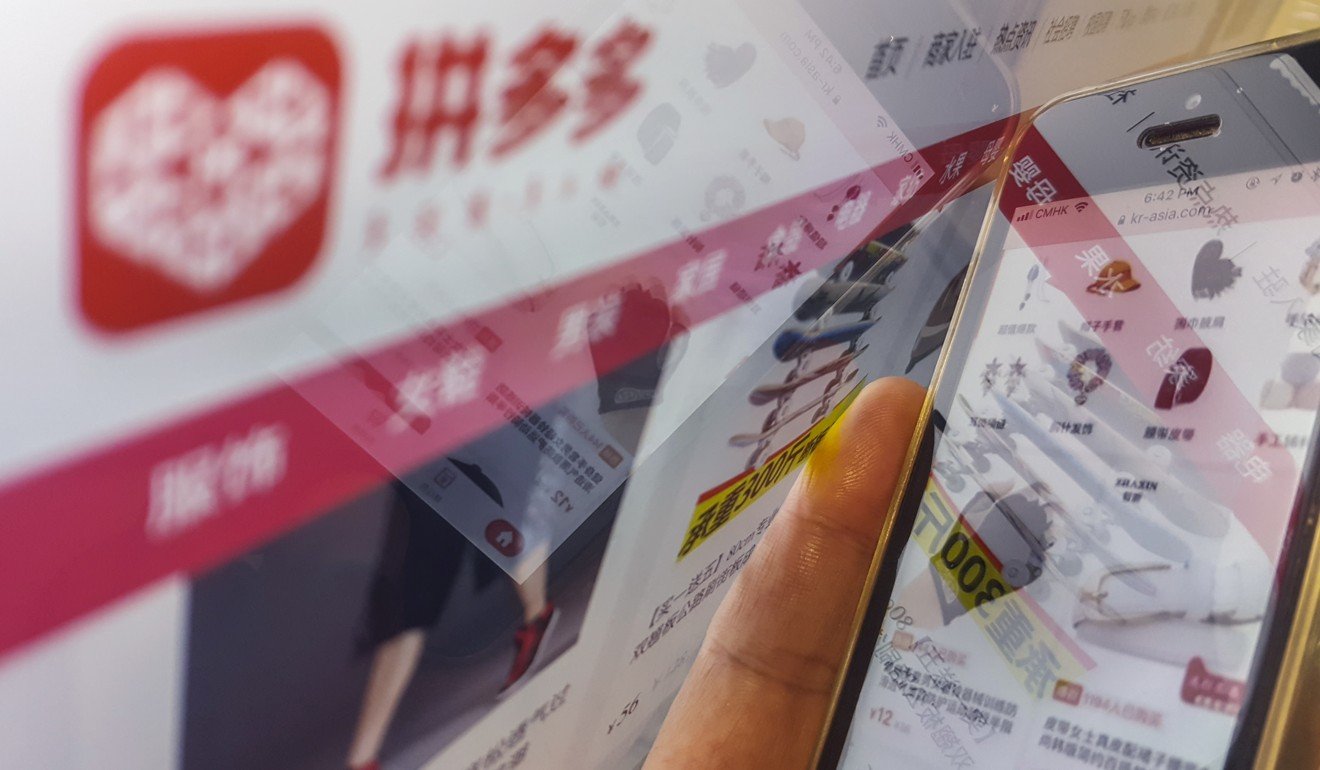 “Agriculture is one of the hallmarks of our platform, and the Duo Duo Farms initiative aims to improve the entire agriculture supply chain from the moment the farmers decided what to sell to the moment the produce reaches our users' hands,” said David Liu, Pinduoduo’s vice-president of strategy during the company’s earnings call in November.

Meanwhile, e-commerce retailer JD.com has also made an agricultural push, launching initiatives like JD Farm which makes use of technology like the internet of things, artificial intelligence and blockchain so that farms can adopt a more data-driven approach improving yield efficiency.

The move for e-commerce platforms to focus on agriculture, farmers and rural areas also comes as China has made eradicating poverty an important goal to be achieved by the end of this year. In a New Year’s speech delivered last week, Chinese president Xi Jinping said that 2020 is “crucial in winning the anti-poverty battle”.

This is a chance for e-commerce companies to align themselves with government objectives and “be a good corporate citizen”, according to Michael Norris, research and strategy manager at consultancy AgencyChina.

“It is a way for e-commerce platforms to show that they are giving back, and it opens the door to ‘gate-to-plate’ fresh produce offers in-store and online,” said Norris. “Consumers know that by buying these products, they are supporting farmers in rural areas.” – South China Morning Post 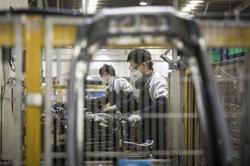 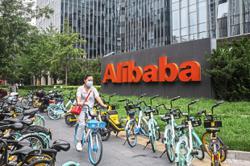