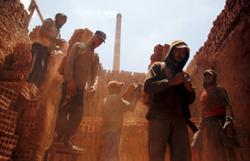 The Nepal government has introduced an online application system that will regulate the hiring of workers. — ANN

In a significant move aimed to protect Nepali migrant workers from possible exploitation, the Nepal government has introduced an online application system that will regulate the hiring of workers.

Beginning Jan 1, the attestation of the workers’ demand letters to the issuance of final permit before departure will be conducted online. The government’s move is aimed at providing easy service to workers and making the sector more transparent.

The Department of Foreign Employment started the system which allows aspiring migrant workers to seek job opportunities of their choice in foreign countries and then apply as per their preferences, without reaching out to the recruiting agencies immediately.

According to Bhisma Kumar Bhusal, director general at the department, any job-seeking candidate can look for the job they prefer and also apply for the job online without even having to meet sub-agents or recruiting agencies.

"This is the beginning of a completely new workers’ selection module for foreign employment," said Bhusal. "Now, workers do not have to necessarily approach any agents or recruiting agencies for overseas jobs as those jobs will be listed on a public domain. Anyone can begin a job search and apply for available jobs. This will greatly cut down the illegal activities in the foreign employment sector. ”

The new module of workers selection will begin with Nepali foreign missions approving the first round of workers' demand, commonly known as pre-approval of workers’ demand letters.

As per the existing rules, the foreign employers get their demand for Nepali workers approved first by the Nepali missions abroad-a requirement that was made mandatory through a government directive last year.

The online attestation of pre-permission of workers demand takes place via Foreign Employment Information Management System, an integrated online platform where all the major stakeholders are connected.

The department recently made the arrangement which allows attestation of pre-approval demand letters online, for making it hassle-free for both employers and recruiting agencies. After the pre-approval of workers’ demand letters are done, these jobs will be posted online where a worker can search and also apply for the job.

The job vacancies available online will have detailed information on the nature of work, working hours, perks and benefits, besides the information on recruiting agencies hiring the workers.

"By putting in minimum personal details, the worker can apply for jobs online, which will be available on the department’s website, ” said Bhusal. "All the jobs approved for the hiring of Nepali workers will be made available online. Workers can look for their category of jobs, based on their preference and qualification.”

The new system provides workers with the freedom to apply to several jobs at various recruiting agencies, which are hiring workers for foreign companies. As all the jobs will be online, the workers can browse by typing in the labour destination country and the sector for which there are job vacancies.

While the workers can apply for jobs online from anywhere, for the first time, they will not have to give their passports to the recruiting agencies and their sub-agents – a common practice.

There have been frequent incidents where recruiting agencies have been found extorting migrant workers by confiscating their passports and deliberately keeping them out from the job selection process.

The recruiting agencies will publish a list of selected candidates and those on the waiting list-which cannot be higher than 25 percent of the total demand. These workers will be called for an interview on a pre-scheduled date, according to Bhusal.

Only after they have been selected after the online application process and interview, will the pre-departure process be carried out by the recruiting agencies.

"When they are selected, they can also apply online for the final labour permit, for departure, ” said Bhusal. – The Kathmandu Post (Nepal)/ANN