Huawei turns to Japan for parts

Beijing: Japan is likely to surpass the United States as the largest supplier for Huawei Technologies Co, as the Chinese tech giant scrambles to deepen partnership with other global suppliers amid US government restrictions.

Meanwhile, Huawei is also ratcheting up efforts to buy more components and technologies from European suppliers, so as to reduce reliance on US technologies and deepen its multi-vendor strategy to ensure sustainability in business development.

Liang Hua, chairman of Huawei, said in a recent interview with Japanese media that parts procured from Japanese companies are set

Liang said in an interview in Tokyo that Japanese manufacturers have “various strengths” in components and materials used in telecommunication base stations and smartphones, according to a report by Japanese news agency Kyodo News.

He added that Huawei expects to see a further growth in the procurement of parts from Japanese firms next year.

In comparison, Huawei procured about US$11bil (RM45.9bil) products from US suppliers last year and the number is expected to drop significantly in 2019, after Washington prohibited the Chinese company in May this year from purchasing US technologies without special government approval.

Hu Houkun, deputy chairman of Huawei, said in an interview with French media in October that Huawei has about 3,500 suppliers in Europe and over the next five years, it plans to procure products worth US$40bil (RM166bil) from European companies.

“That was the forecast before the US restrictions,” Hu said, adding that as the US curbs continue, Huawei will spend more to purchase from European companies.

Already, the Shenzhen-based company has started shipping US component-free 5G base stations to

the world, and it has devoted several thousand employees to work on

That would mean a big loss for

US companies which have been Huawei’s core suppliers for years, said Xiang Ligang, director-general of the telecom industry association Information Consumption Alliance.

But Huawei also highlighted that it is still a staunch supporter of globalisation.

Gan Bin, vice-president of 5G product development at Huawei, said in an interview that Huawei is now capable of designing all the core parts of base stations, but one base station contains more than 10,000 components and it demands global partnerships to achieve that.

That is in line with comments made by Ren Zhengfei, founder of Huawei, who said that the company would rather buy less of its own components, and buy more from others.

“This is to sustain globalisation. We will not become a closed company.” — China Daily/ANN
Article type: free
User access status: 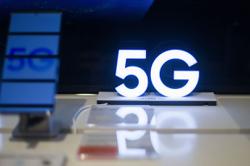