It took 20 minutes of arguing before the hotel in downtown Shenzhen finally allowed Wang Qiyu to check in without taking a scan of his face.

Wang, a software developer who returned to China two years ago after getting his doctorate in the US, said he felt harassed by the hotel. “Airport, train stations, stores and hotels – almost every organisation asks for facial data,” the 31-year-old told the South China Morning Post. “But no one tells me why they collect the data and how they protect it.”

He is not alone: Chinese consumers, generally thought to be more accepting of trading privacy for security, are growing increasingly vocal about data privacy concerns as facial recognition becomes more common in the world’s most populous country.

Earlier this month, a law professor in east China sued a wildlife park for breach of contract after it replaced its fingerprint-based entry system with one that uses facial recognition.

Guo Bing, an associate law professor at Zhejiang Sci-tech University, reportedly said he believed Hangzhou Safari Park’s change to the entry system was an infringement of his consumer rights.

“The purpose of the lawsuit is not to get compensation but to fight the abuse of facial recognition,” Guo was quoted as saying in a report by Southern Metropolis Daily. 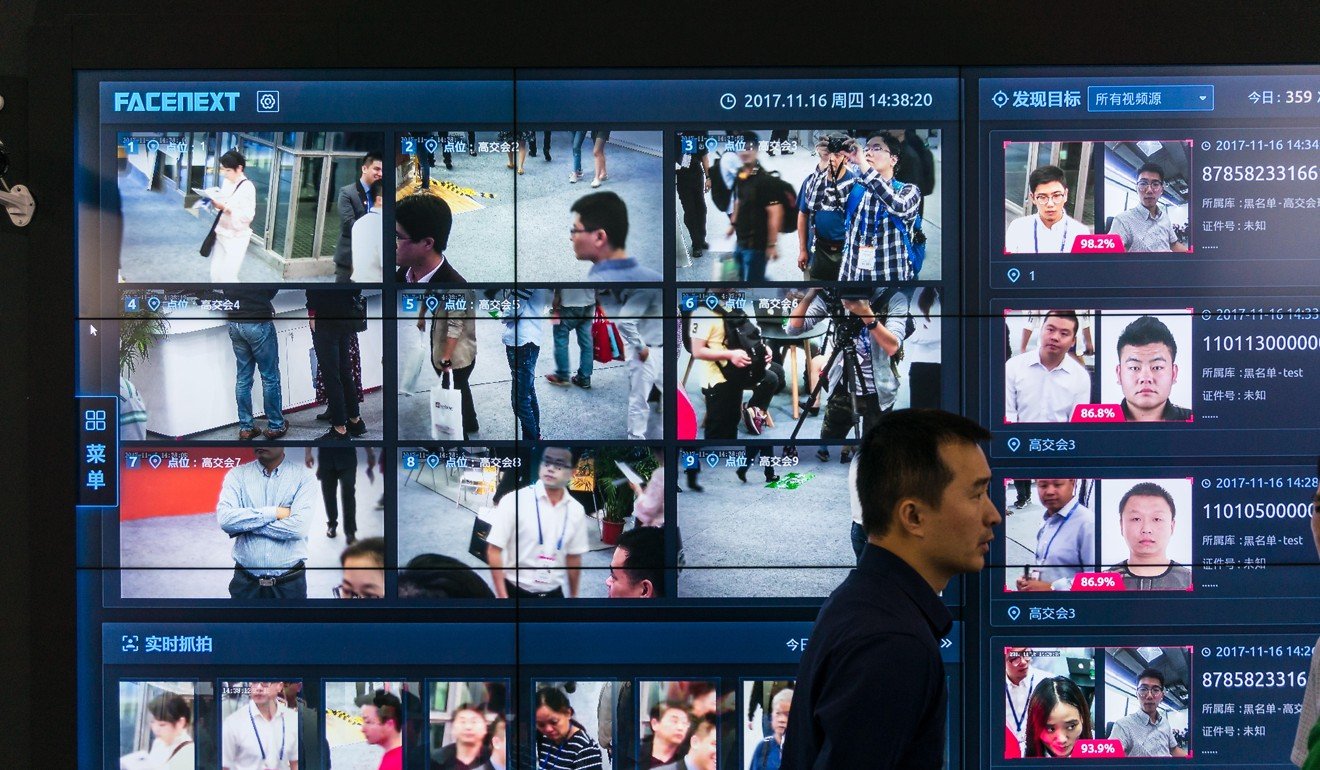 In China, surveillance cameras equipped with facial recognition technology are used for everything from identifying and shaming jaywalkers to stopping toilet paper theft .

Many people clock in and out of work by scanning their faces, and these cameras have been used to screen people entering or exiting campuses, residential buildings and subway stations.

The number of closed-circuit television cameras in use in China has been widely reported at about 200 million, and this number is projected to rise to 626 million by 2020.

The country’s video surveillance equipment market, excluding home video surveillance, was worth US$10.6bil (RM44.33bil) in 2018 and is expected to reach US$20.1bil (RM84.06bil) in 2023, according to a report by market research firm IDC in August.

Elsewhere in the world, the rapid development of facial recognition technology has led to lawmakers mulling changes to data privacy laws. In May, San Francisco became the first US city to ban facial recognition use by the police and other government agencies.

The European Union is also exploring ways to impose strict limits on the use of facial recognition technology in an attempt to stamp out creeping public surveillance of European citizens, the Financial Times reported in August, citing senior officials who spoke to the newspaper.

In China, the lack of an overarching law on such technology lets companies gain access to vast quantities of an individual’s personal data.

Our faces are screened hundreds of times every day from all angles, but no one tells you that your facial data has already been collected.
Lao Dongyan, law professor at Tsinghua University.

New regulations are under consideration, however. During the “two sessions” in April, National People’s Congress spokesman Zhang Yesui said authorities had hastened the drafting of a new law to protect personal data, although he did not say when it would be completed or enacted.

The proposed law is expected to be a major step to safeguard citizens’ personal information, especially biometric data such as fingerprints and face scans, according to industry observers.

Law professors the Post spoke to criticised the widespread adoption of facial recognition surveillance cameras. “Why would even a zoo collect facial data? Because the data has commercial value,” Fu Hualing, a professor at the department of law at Hong Kong University, said, referring to Guo’s case.

“I think [Guo’s] lawsuit aims to spark public discussion and attract government attention to the problems of facial data security.”

Another law professor, Lao Dongyan from Tsinghua University, pointed out that unlike other forms of biological information such as fingerprints or DNA where consent is usually sought before the data is collected, facial data can be acquired without a person’s knowledge or consent.

“When we are on the street, our faces are screened hundreds of times every day from all angles, but no one tells you that your facial data has already been collected,” she said.

Lao added that facial scans might be sold to third-party marketers and if such data were to be leaked, the damage could be irreversible since it cannot be changed.

Still, some residents, such as 45-year-old Hu Daxi, do not seem to mind the cameras, arguing that people have no reason to worry if they are not breaking the law.

Hu, who is from a small village in central China’s Hubei province, said he once managed to track down a motorcycle that another villager had stolen from him, thanks to surveillance camera footage.

“I have never felt uncomfortable when I walk by the cameras as I do nothing bad ... I do not mind scanning my face to check in to hotels or to pay at all.”

This attitude echoed that of residents in Chongqing, the world’s most surveilled city, expressed in a report by the Post last month.

“As long as they [the surveillance cameras] do not shoot inside my bedroom and bathroom, it does not matter. Why do we need personal privacy in public spaces?” one taxi driver in the Chinese city told the Post.

Many analysts say the country lends itself to early adoption of facial recognition technology due to its large population and the existence of massive, centralised identity databases.

Beijing has expressed enthusiasm about extending artificial intelligence (AI) technologies to many walks of life, from catching criminals and detecting cancers to developing self-driving cars.

The capital city’s planned AI-powered security screening system for its subway system, for example, has been hailed as a way to shorten the long waits commuters often have to endure due to stringent security checks, a major pain point for one of the world's busiest metro systems.

However, Lao blames “blind optimism” for what she says is a lack of awareness of the risks of facial recognition cameras among Chinese residents.

Fu said regulations lag technology in China, describing the gap as “the largest in the globe”. The law should have regulations to ensure that the technology is not abused, Fu added.

In the meantime, Lao argued, while existing rules relating to more traditional forms of personal data such as home addresses or phone numbers are not sufficient to protect facial recognition data, they could still be applied to provide some form of regulation until more specific laws are introduced.

Wang Sixin, a professor from the Communication University of China, however, said he thought the gap between technology and the law was reasonable. “Technology always develops ahead of regulations,” Wang said. “You can't have the law ahead of the technology; the technology will be killed.”

Nevertheless, Wang added that regulation was unlikely to stem the popularity of facial recognition: “It is necessary to take some measures to reduce the risks, but facial recognition is a trend. The complaints cannot stop widespread adoption.” – South China Morning Post