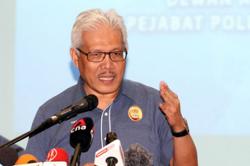 Jiang Ting is not your average K-pop fan from China. The 35-year-old from Inner Mongolia has turned her detailed knowledge of Korean pop stars into actual entries in the world’s biggest Chinese encyclopaedia and earned prizes for it.

Back in 2013, Jiang was crazy about 2PM, a South Korean K-pop group. After getting tired of repeatedly regaling new fans of 2PM with background details on band members and live performances, Jiang decided to write an article on Baidu Baike, run by Chinese search engine giant Baidu.

From this modest beginning, Jiang has now edited more than 30,000 entries on Baidu Baike, with over 1,400 tagged as “high quality”, covering a range of pop idols managed by 2PM’s agency JYP Entertainment and others. For this she has received wealth points which she can redeem for prizes on Baike Mall, including items like Apple’s new iPhone 11.

“I don't really like hanging out with friends. My life is simply divided between work and home,” Jiang said, “If I’m not editing [entries] on Baidu Baike, I’m binge-watching TV shows, which costs. So I’d rather edit on Baike.”

As the team leader of Baidu Baike’s pop culture category, she spends three to four hours every day on average on the platform despite working full-time as a graphic designer in a property company.

Launched in 2006, Baidu Baike now has over 16 million entries written by more than 6.9 million users as of October 2019.

The Baike Elite Team is comprised of about 340 core contributors. The team is directly led and managed by Baidu, serving as a bridge between common users and the company.

Prizes in Baike Mall range from snacks, books and stationery all the way up to home appliances and electronics such as smartphones. The iPhone 11 Pro Max 256G costs about 10,900 yuan (RM6,450) on the mainland, and 666,000 wealth points on the Mall, which means about 61 wealth points equal one yuan.

Elite-team member Jiang has earned about 2.5 million wealth points on Baidu Baike in total, worth about 41,000 yuan.

“My range hood, washing machine and fridge were all redeemed on Baike Mall. I use the wealth points for many home appliances, even kitchen knives,” said Jiang. “My mom is really happy. She is like ‘there is no shampoo at home, get some shampoo [from Baike Mall]’ or ‘The ironing machine is broken. I want a new one’.”

Baidu Baike has other ways of getting people involved though.

For example, it has created a ranking for pop stars where fans can vote for their favourite artiste. Users also get three free virtual flowers each day they log in and can also exchange wealth points for flowers. These can be sent to their idols, which helps to move them up ranking charts on Baidu Baike.

There are three important user groups on Baidu Baike. One is the Baike Elite Team, the second are the campus ambassadors, made up of students, and the third is the expert team [with over 2,000 members], which includes university professors. 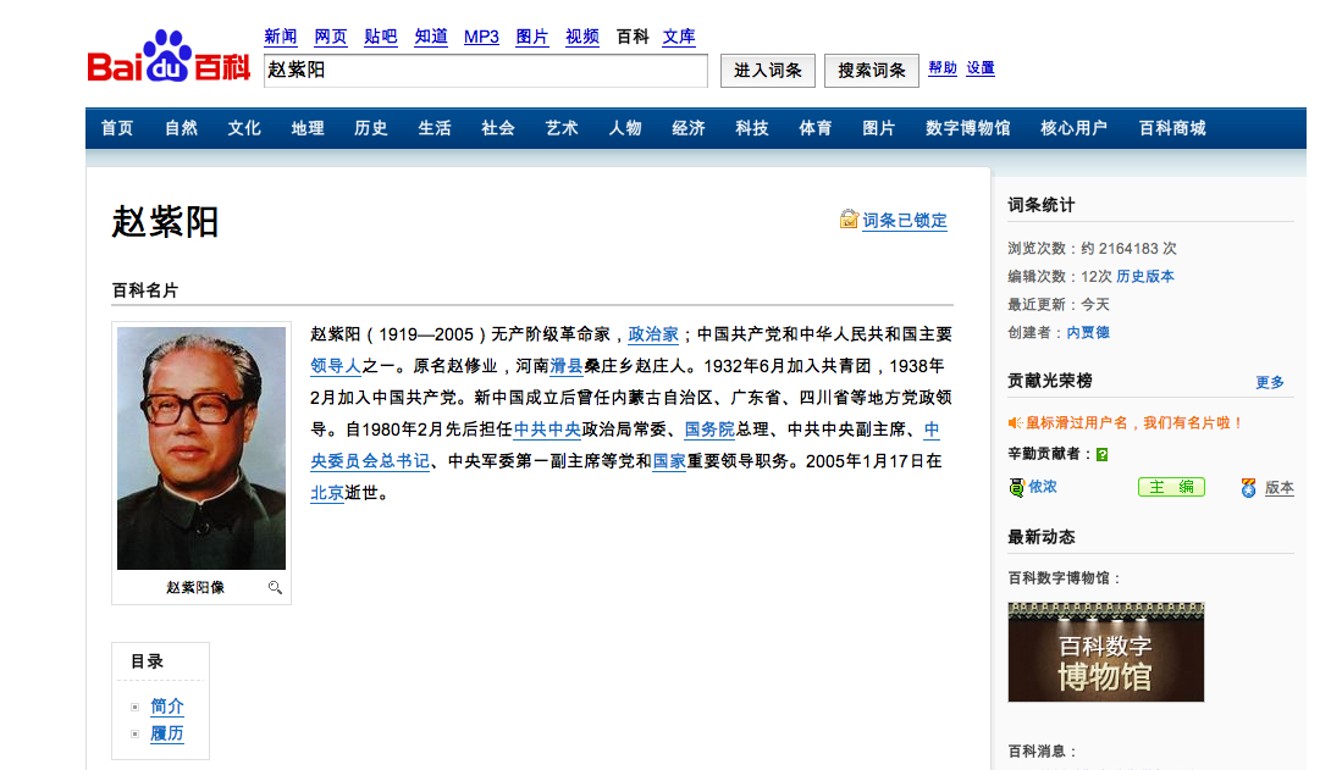 Apart from Baidu Baike, other Chinese Internet companies have also set up their own Baike (which means encyclopaedia in Chinese) products.

Yan Enming, a 19-year-old veteran Wikipedian, is one of the hundreds of writers and editors behind these encyclopaedia entries.

On a chilly October morning in Beijing’s Haidian district, where some of the country’s best universities are located, he and dozens of other young Wikipedians gathered at a small cafe inside the National Library of China to discuss the latest trends and tips for editing entries.

Born in northeast China’s Liaoning province, Yan is a computer science student at Ohio State University in the US although he first became aware of Wikipedia in his first year of secondary school in 2012. Now he spends about one to two hours every day on the platform and has made over 25,000 edits so far.

“On Baidu Baike, you can earn wealth points to redeem for cooking oil or a new wash basin. But we get nothing [from Wikipedia]. We do this ... to generate power with love,” Yan said, adding that he was surprised that so many people came to the gathering as they were from different provinces and everyone needed to pay their own way to get there.

The event was like a tutorial with laughter, with more experienced Wikipedians passing on their knowledge to new starters. Yan told his favourite story about visiting a small village in his home city, just to get a picture for his swine fever entry on Wikipedia Chinese.

Although encyclopaedias have chronicled human activity and learning for generations, rapid technological development in recent years has dramatically changed how people access information and educate themselves.

However, the transition from hard format encyclopaedias, such as the Encyclopaedia Britannica [which switched to digital versions in 2010 after almost 240 years] written by thousands of expert contributors, including more than a hundred Nobel Laureates, to open-source encyclopaedias has raised quality-of-information issues.

“Crowdsourcing is helpful, but as with all sources, one should use an online encyclopaedia with care,” said Denise Ho, assistant professor of history at Yale University. 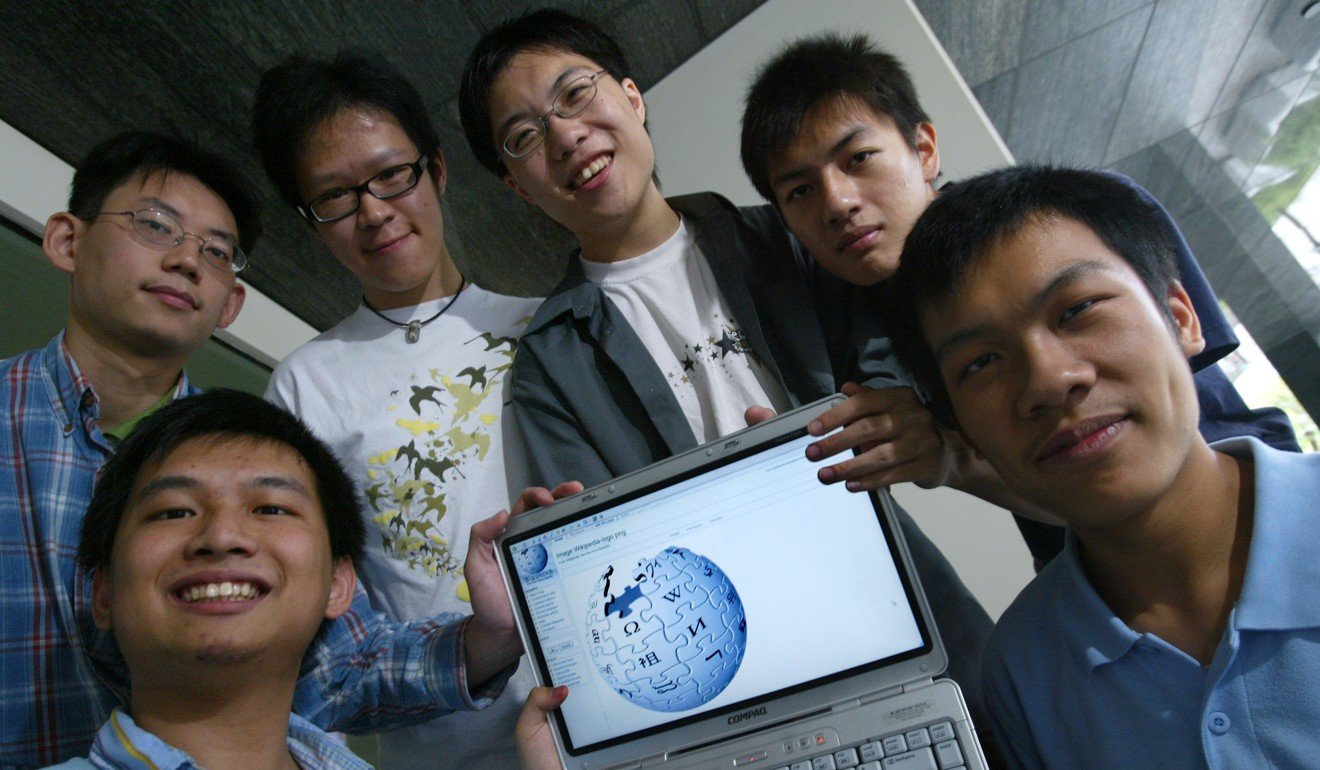 Ho said the key strength of an online encyclopaedia is that it is more frequently updated than printed ones, which struggle to make revisions to keep up with current events. Ho said she has used Baidu Baike to look up the biographies of some people – but as a starting point only and always cross-checked against other reference material.

In fact, even though it is billed as the world’s largest Chinese encyclopaedia, Baidu Baike does not have everything on it.

Some entries that can be easily found on Wikipedia Chinese do not even exist on Baidu Baike, particularly entries on sensitive topics in China.

None of the following can be found on Baidu Baike – Hong Kong’s Occupy Central, a large-scale show of civil disobedience that began in Hong Kong on Sept 28, 2014 aimed at making the economic structure and power relations in society more fair, Hong Kong’s ongoing anti-extradition bill protests, the 1989 Tiananmen Square protests and Chinese dissident artist Ai Weiwei.

A spokesman for Baidu Baike declined to comment on the absence of sensitive material.

In theory, everyone can edit entries on Baike for free. There are two main ways of doing this.

One is to click the edit button on the page of the entry that you want to update and the other method is to go to the company’s task assignment platform to take up edit tasks listed by the company.

Before publication, all entries on Baidu Baike need to go through a content review system, which will filter out content that the company thinks is inappropriate, including “reactionary content” such as malicious remarks that provoke national, racial and religious disputes and promotion of superstitious activities and cults.

Commercial ads, pornography, violence and illegal content related to fraud and the promotion of gambling are also banned.

Apart from the content review system, there are also Baidu staff and task review groups formed by core members of the Baike Elite Team to manually review some entries.

The review process has upset some people though, such as Lu Jianghao, a junior student at Shijiazhuang Tiedao University in north China’s Hebei province. The 19-year-old started to edit entries on Wikipedia Chinese and Baidu Baike in 2017 but gave up on the latter because of the review system.

Interested in photography, Lu created a new entry for the Nikon D850, a digital single-lens reflex camera, early last year on both Baidu Baike and Wikipedia Chinese. He waited for over 15 days before Baidu Baike rejected the entry saying that there was not enough reference material while Wikipedia Chinese published the same one immediately.

“The operation process at Wikipedia is transparent – you can see why entries are published or deleted. At Baidu, the [review] process is in a ‘black box’,” Lu said.

Wikipedia Chinese, blocked by China’s Great Firewall, does not have a content review system like Baidu Baike though. The latest version of entries is automatically published after submission. Experienced Wikipedians then volunteer to review the changes as content patrollers later.

Administrators at Wikipedia Chinese are also selected via elections as opposed to being appointed by the Wikimedia Foundation. For a Wikipedian to become an administrator, he or she needs to receive at least 80 per cent of votes in favour. In contrast, becoming a member of the Baike Elite Team needs approval from Baidu.

Lu seemed quite introverted and quiet and yet when asked about his life as a Wikipedia editor he became very animated. “Wikipedia Chinese let me see a little bit of utopia in my complicated and repetitive daily life,” Lu said.

Baidu Baike has also been criticised by some for not attending to copyright concerns. Wikipedia Chinese even compiled a list of the entries where it alleged that content had been copied from its platform.

25-year-old John Zhang edited his first entry on Baike in 2006, soon after the platform was launched. He later became a member of the Baike Elite Team as an undergraduate student.

“At that time, Baidu Baike had some serious problems with copyright protection,” Zhang said, who quit the platform in 2015 after finding examples of what he said was plagiarism. “Some people copied what I wrote on Wikipedia Chinese to Baike to earn wealth points.”

He complained to Baike but Zhang says the company dismissed his concerns.

Baidu Baike is trying to solve these problems, and it has introduced blockchain technology to the platform since early last year, according to a Baidu Blockchain white paper published last September.

The company said it now puts all approved versions of a single entry in chronological order and keeps the editing history on record.

In the past, people could hack the company and change the entry and relevant records because the information was kept on Baidu’s servers. Now with the help of blockchain, there is a distributed database that every participant of the system shares and can synchronise information with. This has enhanced the credibility and quality of the entries, according to the white paper.

In the future, Baidu Baike hopes to connect with blockchains in different industries and to use artificial intelligence to directly convert credible data into entries – taking encyclopaedias even further into the future. – South China Morning Post 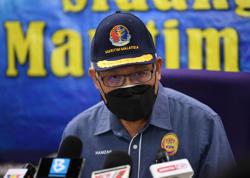