The pioneering four-limb robotic system, or exoskeleton, that is commanded and controlled by signals from the patient's brain is seen following a news conference after Thibault had been able to walk using it at the French research centre Clinatec in Grenoble, France. — Reuters

GRENOBLE, France: The French tetraplegic man who has been able to walk again using a pioneering four-limb robotic system, or exoskeleton, said walking was a major feat for him after being immobile for years.

The French scientists behind the system, which was publicly unveiled last week, use a system of sensors implanted near the brain which send signals to the robotic system, moving the patient's legs and arms.

Speaking to media on Oct 7 in the French city of Grenoble, the 30-year-old patient, who was identified only by his first name, Thibault, said he had to re-educate to use his brain when he started to try the whole-body exoskeleton. 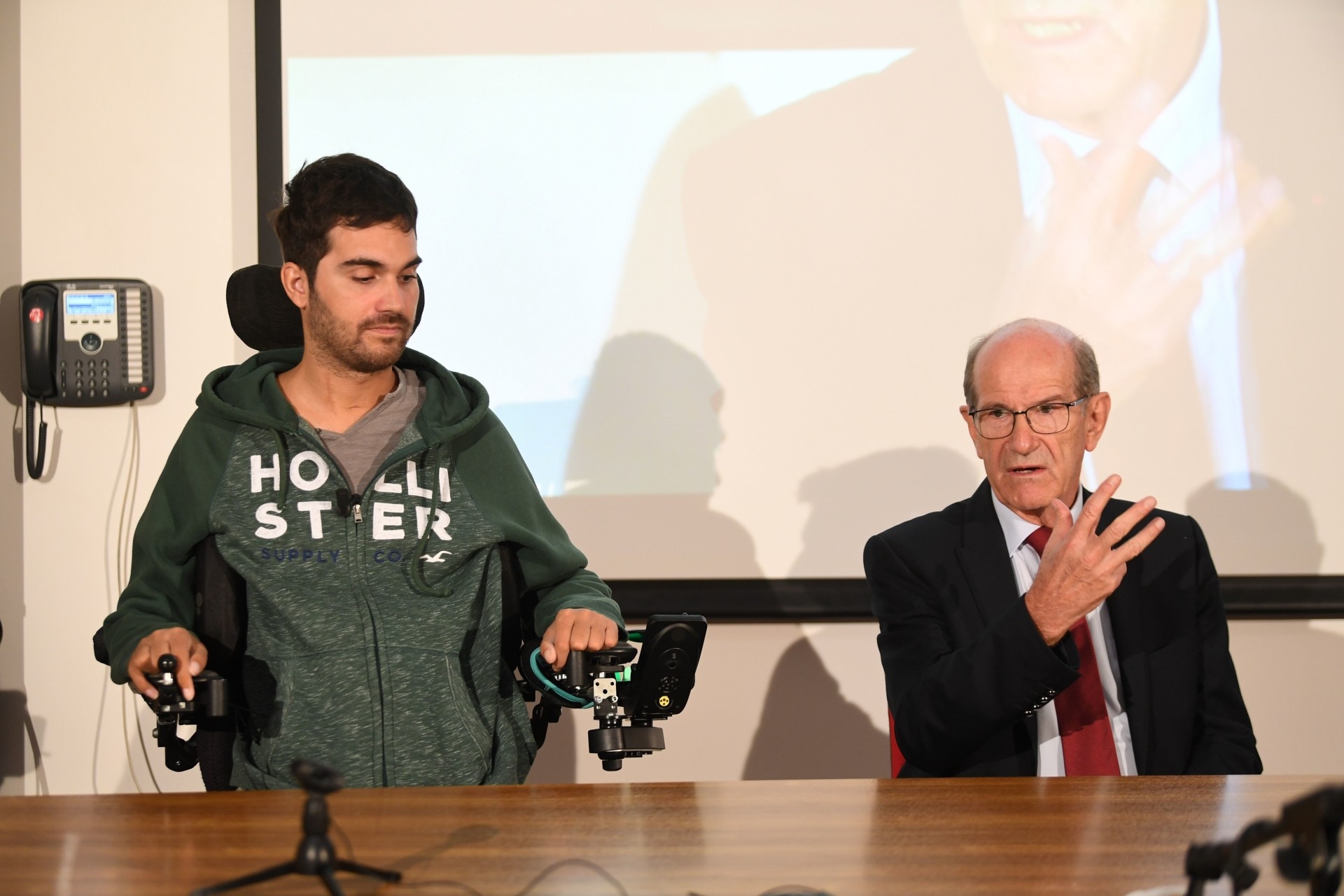 French doctor Alim Louis Benabid (right) and patient Thibault attending a press conference to present the brain-controlled exoskeleton that allowed the patient to walk again at the biomedical research centre Clinatec in Grenoble on Oct 7, 2019. A French man paralysed in a night club accident can walk again thanks to a brain-controlled exoskeleton in what scientists said was a breakthrough providing hope to tetraplegics seeking to regain movement. — AFP

"As I hadn't moved for two years I had to re-learn to use my brain," he said.

"At the beginning, walking was very difficult. Now I can stand up for two hours in the exoskeleton and I can do walking cycles for a very long time", he also said. "This is a feat for me."

In a two-year-long trial, two recording devices were implanted, one either side of Thibault's head between the brain and the skin, spanning the region of the brain that controls sensation and motor function. 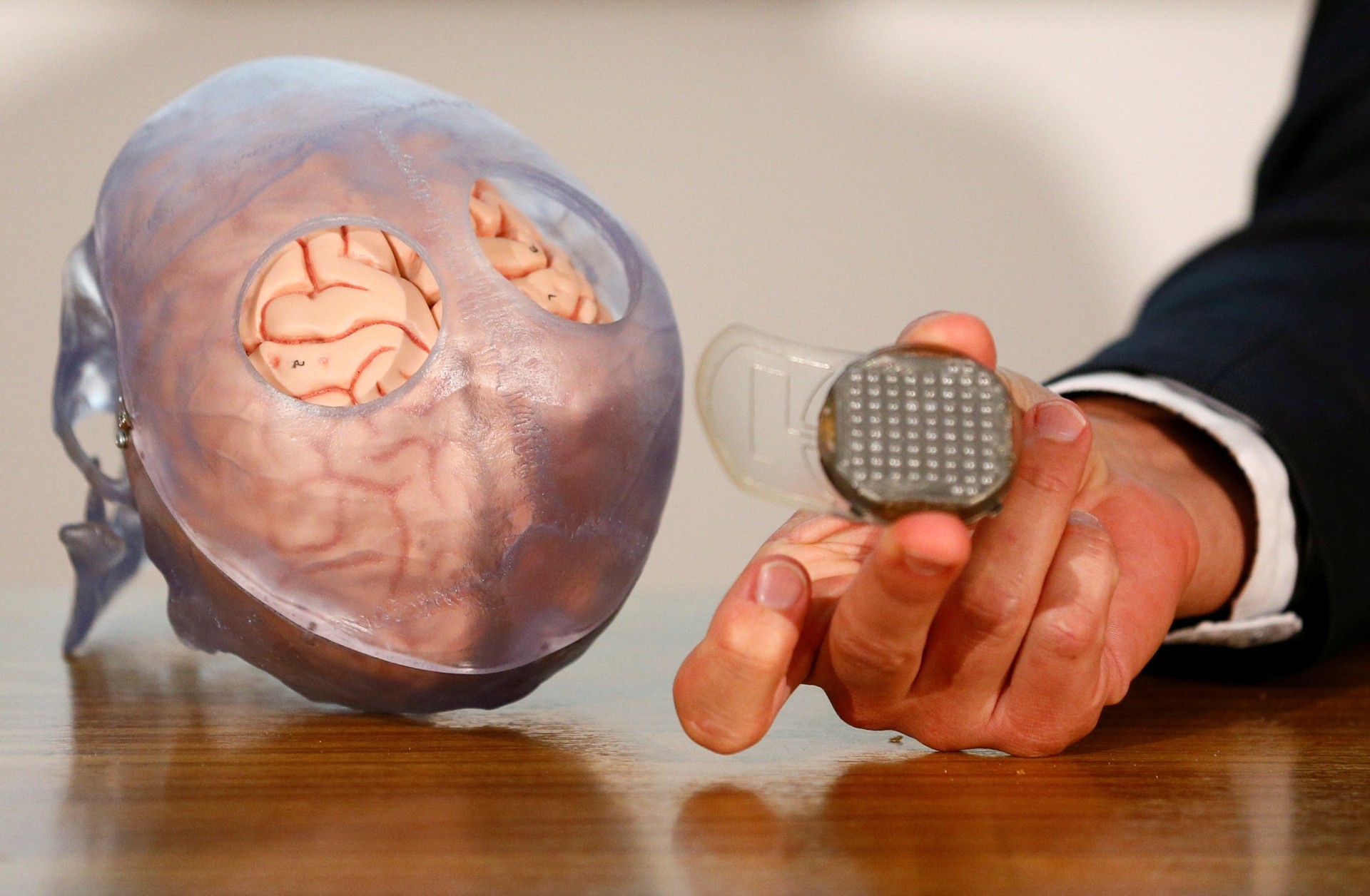 Benabid showing one of two recording devices containing 64 electrodes which collected brain signals to be implanted one on either side of the patient's head during a news conference after Thibault had been able to walk using a robotic exoskeleton controlled by his own mind, at the French research center Clinatec in Grenoble, France. — Reuters

Each recorder contained 64 electrodes which collected brain signals and transmitted them to a decoding algorithm. The system translated the brain signals into the movements the patient thought about, and sent his commands to the exoskeleton.

Over 24 months, the patient carried out various mental tasks to train the algorithm to understand his thoughts and to progressively increase the number of movements he could make. For now the exoskeleton is purely an experimental prototype. – Reuters