Visitors taking selfies at The Selfie Factory in Westfield London shopping centre. Posing in a bath of pink balls or throwing up handfuls of multi-coloured confetti, teenagers and 20-somethings have been snapping away at a purpose-built London mini-studio for social media selfies. — Photos: AFP

LONDON: Posing in a bath of pink balls or throwing up handfuls of multicoloured confetti, teenagers and 20-somethings snap away at a purpose-built London mini-studio for social media selfies.

The Selfie Factory pop-up at Westfield, one of Europe's biggest shopping centres, has seen thousands pass through the 20-odd themed booths and backdrops for quirky images to upload on social media.

The space includes a wall of doughnuts, a big fluffy teddy bear, a giant ball pit, a 1950s diner, a confetti corner and coloured ribbons to wander through. 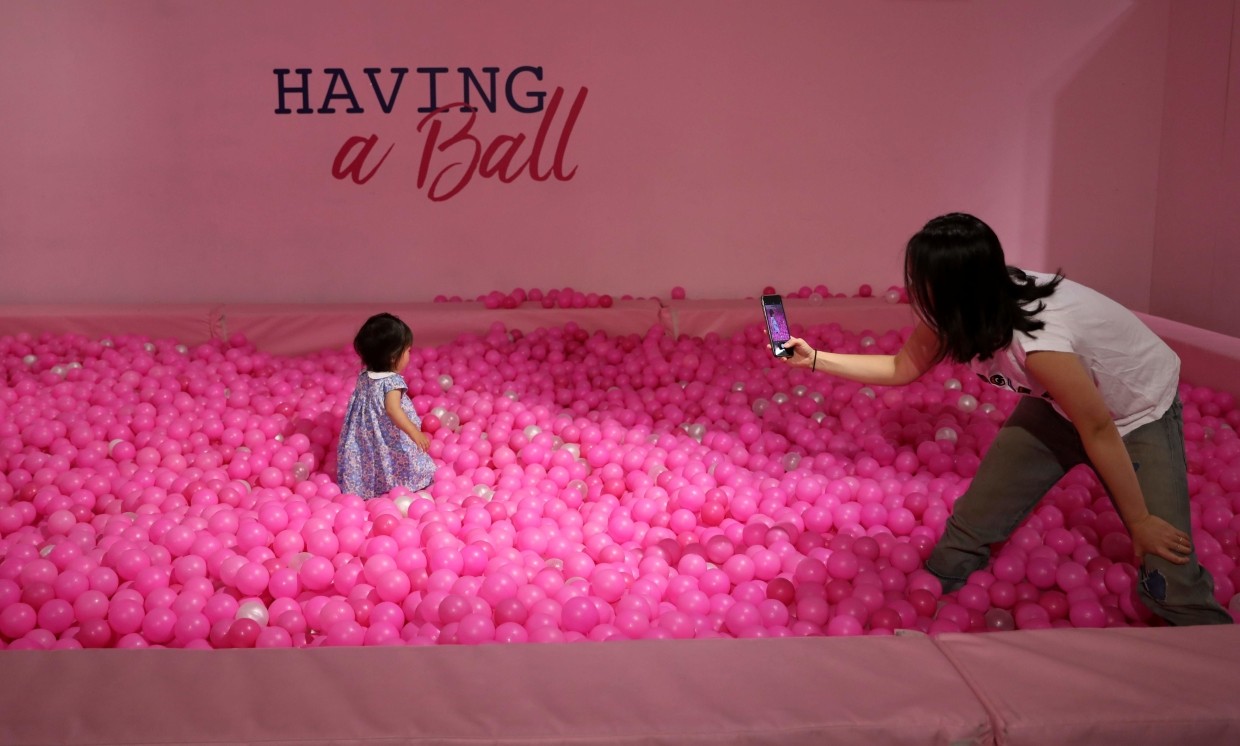 Thousands have passed through the 20-odd themed booths and backdrops at The Selfie Factory for quirky images to upload on their social media.

Mothers take pictures of their babies sat with a bright-yellow old-style telephone, while teenagers pose in the roll-top bath or goof around with the doughnuts.

"I love all the different rooms," said Molly Bryant, 19, from Stevenage, north of London.

"It will look good for my Instagram and be different from what I've got on there already."

A circuit around the various rooms and backdrops costs £10 (RM51).

Similar initiatives are popular in Asia and North America.

The pop-up space is the brainchild of owner Will Bower.

"People come in and spend an hour having fun and taking as many photos as they like," he told AFP, sat in the garden swing set. The 26-year-old said he and his fiancee tried to find secluded Instagram hotspots on their travels – only to find crowds at each location.

That sparked the idea of bringing an abundance of abstract Instagrammable scenes together under one roof.

"Our generation likes to upload things and there's always a struggle getting content. The Selfie Factory gives you loads of content all in one go," Bower said.

He added: "A lot of people live their lives through Instagram. I'm sure places like this will grow in the future."

Jane Juby, 41, was making some memories with her daughters Nancy, 18, and 15-year-old Amber.

"Nancy's off to university soon so we've just been looking for fun stuff to do together before she goes," Jane said.

"It's not really my thing. It's all about followers and posing!" 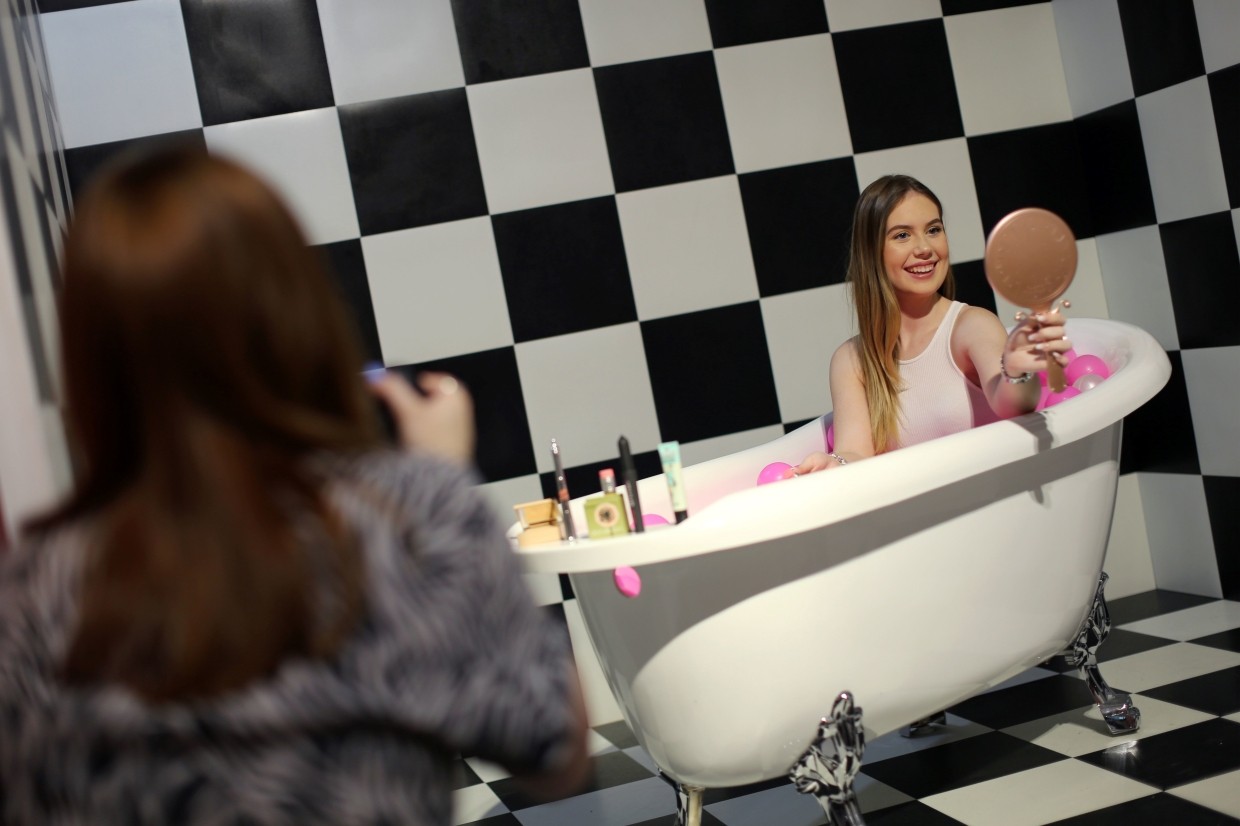 Professional social media influencers have been to take snaps including even some regulars, Bower said.

Young people make up most of the visitors, but 60-somethings have been spotted frolicking in the ball pit, lounging on the bed or pulling cheesy faces with the pink elephant.

Professional social media influencers have been to take snaps including even some regulars, Bower said.

Eliza Bendall, 19, was shooting pictures with a suitcase full of cosmetics, in preparation for product launches.

"Hopefully we've got some really cool shots," she said.

"So far my favourite is the '50s diner. It's very Grease vibes. I'm obsessed with that!" – AFP