The Apple Inc. iPhone 11 smartphone is displayed after an event in Cupertino, California, US, on Tuesday, Sept. 10, 2019. Apple unveiled new iPhones with camera enhancements and improved battery life, making incremental tweaks to lure buyers ahead of a more substantial overhaul of its handsets in 2020. — Bloomberg

The iPhone 11 which runs on iOS 13 has a liquid retina HD display with features like an A13 bionic chip, 4K video recording, IP68 water resistance and Face ID, with Apple claiming that it can "last up to one hour longer than iPhone XR" in terms of battery performance.

It has two 12-megapixel camera sensors for ultra-wide shots with 120° field of view and wide shots. There is also a 12-megapixel front camera with features like portrait mode and Depth Control.

Both the iPhone 11 Pro and Pro Max models have Super Retina XDR Display, A13 bionic chip, IP68 water resistance and are compatible with Qi-wireless chargers. The models also feature the iPhone's first rear triple-camera setup with 12-megapixel sensors for ultra-wide with 120° field of view, wide and telephoto shots. Other camera features include Night Mode and Portrait Mode. For selfies, there is a 12-megapixel camera.

The new iPhones will be available in Malaysia on Sept 27. More information is available on the Apple Malaysia website. 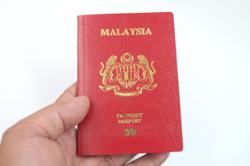 Apple devices could be used as ID in future, company’s patents suggest 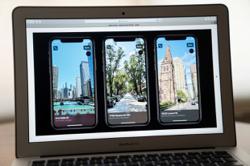 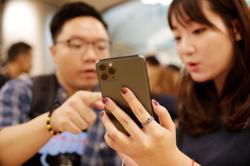