A hand holding a bunch of pills in an open palm. Have are bottles of medicine as a background.

Machine-learning technology has beaten humans at games of chess and Go to worldwide fanfare. A demonstration of its eerily lifelike prowess in making phone calls to unsuspecting people went viral.

But a less-noticed win for DeepMind, the artificial-intelligence arm of Google’s parent Alphabet Inc, at a biennial biology conference could upend how drugmakers find and develop new medicines. It could also dial up pressure on the world’s largest pharmaceutical companies to prepare for a technological arms race. Already, a new breed of upstarts are jumping into the fray.

In December, at the CASP13 meeting in Riviera Maya, Mexico, DeepMind beat seasoned biologists at predicting the shapes of proteins, the basic building blocks of disease. The seemingly esoteric pursuit has serious implications: A tool that can accurately model protein structures could speed up the development of new drugs.

“Absolutely stunning,” tweeted one scientist after the raw results were posted online. “It was a total surprise,” said conference founder John Moult, a University of Maryland computational biologist. “Compared to the history of what we had been able to do, it was pretty spectacular.”

Sorting out the structure of proteins in order to find ways for medicines to attack disease is an enormously complex problem. Researchers still don’t fully understand the rules for how proteins are built. And then there’s the math: There are more possible protein shapes than there are atoms in the universe, making prediction a herculean undertaking of computation. For a quarter century, computational biologists have laboured to devise software equal to the task.

Enter DeepMind. With limited experience in protein folding - the physical process by which a protein acquires its three-dimensional shape - but armed with the latest neural-network algorithms, DeepMind did more than what 50 top labs from around the world could accomplish.

Excitement rippled around the Mayan-themed resort where the meeting was held. Two DeepMind presenters were peppered with questions from scientists about how they had done it. Within hours, the British newspaper The Guardian said DeepMind’s AI could “usher in new era of medical progress”. In a blog post, the company bragged that its protein models were “far more accurate than any that have come before”, opening up “new potential within drug discovery”.

In an email, DeepMind said its scientists were “fully focused on their research” and not available for interviews.

DeepMind’s simulation doesn’t yet produce the kind of atomic-level resolution that is important for drug discovery. And though many companies are looking for ways to use computers to identify new medications, few machine-learning-based drugs have progressed to the point of being tested in humans. It will be years before anyone knows whether such software can regularly spot promising therapies that researchers might otherwise have missed.

Artificial intelligence is a chic catchphrase in health care, often trotted out as a cure-all for whatever ails the industry. It has been held up as a potential solution to fix cumbersome electronic medical records, speed up diagnosis and make surgery more precise. DeepMind’s victory points to a possible practical application for the technology in one of the most expensive and failure-prone parts of the pharmaceutical business.

Some observers said that the fact that a team of outsiders could make such significant progress in untangling one of the most vexing problems of biology is a black eye for researchers in the field. It could also be a portent for the drug industry, which spends billions on research and development, but was beaten to the punch.

Mohammed AlQuraishi, a Harvard computational biology researcher who attended the conference, wrote in a blog post that giant pharmaceutical companies haven’t put a serious effort into protein folding, essentially ceding the ground to tech companies. While drug companies dithered, “Alphabet swoops in and sets up camp right in their backyard,” he wrote.

Finding new drugs and bringing them to market is notoriously difficult. According to some estimates, big drugmakers spend more than US$2.5bil (RM10.27bil) to get a new medicine to patients. Just one of every 10 therapies that enters human clinical trials makes it to the pharmacy. And science moves slowly: In the nearly 20 years since the human genome was sequenced, researchers have found treatments for a tiny fraction of the approximately 7,000 known rare diseases.

Further, there are approximately 20,000 genes that can malfunction in at least 100,000 ways, and millions of possible interactions between the resultant proteins. It’s impossible for drug hunters to probe all of those combinations by hand.

“If we want to understand the other 97% of human biology, we will have to acknowledge it is too complex for humans,” said Chris Gibson, the co-founder and chief executive officer of Recursion Pharmaceuticals, a Salt Lake City-based startup that uses machine learning to hunt for new therapies.

Companies like Recursion are rapidly luring investors. Venture capitalists poured US$1.08bil (RM4.43bil) into AI and machine-learning startups focused on drug discovery last year, according to data provider PitchBook, up from just US$237mil (RM973.86mil) in 2016, and have already put in US$699mil (RM2.87bil) more so far this year.

Recursion raised US$121mil (RM497.20mil) in its latest financing round, the company said on Monday, from investors including Intermountain Ventures and the Regents of the University of Minnesota. It has a valuation of US$646mil (RM2.65bil), according to PitchBook. “It is a very ambitious company. They are thinking in terms of radically changing the industry,” said Marina Record, an investment manager at Baillie Gifford & Co in Scotland, which led the funding round.

In April, Gilead Sciences Inc agreed to a deal with Insitro, a startup led by the former Stanford University machine-learning expert Daphne Koller, to find ways to treat liver disease NASH. AstraZeneca Plc the same month linked up with UK-based BenevolentAI to identify treatments for kidney disease and lung fibrosis. In June, GlaxoSmithKline Plc partnered with gene-editing pioneers at the University of California in a US$67mil (RM275.31mil) target-hunting collaboration that will use AI.

“Where else would you accept a 1-in-10 success rate?” said GlaxoSmithKline senior vice president Tony Wood, who heads medicinal science and technology for the British pharmaceutical giant. “If we could double that to 20% it would be phenomenal.”

Machine-learning methods “are going to be critical” to drug discovery, said Juan Alvarez, an associate vice president for computational chemistry at Merck & Co. The giant drugmaker is developing AI tools to help its chemists accelerate the laborious process of crafting chemicals to block aberrant proteins. Early machine-learning efforts have already contributed to drugs in human testing, while the first drugs based on more advanced neural-network methods could hit trials in several years, Alvarez said.

Artificial intelligence could be used to scan millions of high-resolution cellular images – more than humans could ever process on their own – to identify therapies that could make diseased cells healthier in unexpected ways.

At Recursion, one of the earliest startups to use such methods, each week robots apply thousands of potential drugs to various types of diseased cells, in 400,000 to 500,000 miniature experiments that generate 5 to 10 million cellular images. Machine-learning algorithms then scan the images, searching for compounds that disrupt disease without harming healthy cells.

The initial algorithms were coded by hand to interpret basic cellular features, but Recursion is increasingly using neural-network methods that directly interpret the images and may spot patterns human programmers wouldn’t have looked for. Computer scientists work in tandem with biologists in the laboratory to refine the leads.

The company, which has agreed to rare-disease deals with Takeda Pharmaceutical Co Ltd and Sanofi, generated more than 2.5 petabytes of data in the past few years, a total that exceeds roughly the bandwidth of all Hollywood feature films.

What the company is doing “just wasn’t feasible six, or seven, or eight years ago”, said Gibson, its founder.

Gibson first turned to machine learning as a graduate student at the University of Utah searching for treatments for cerebral cavernous malformation, which causes abnormal clumps of leaky blood vessels in the brain. The disorder affects about 1 in 500 people, according to the Angioma Alliance, and while often silent, can lead to seizures, speech or vision difficulties, and devastating brain hemorrhages.

About a quarter of patients have a genetic form of the illness that is more likely to cause multiple malformations. Even though the three genes that cause it are known, there are no pharmaceutical treatments. One drug Gibson tested at the University of Utah based on the prevailing understanding of the disease made its symptoms worse in animals.

Frustrated, Gibson and his colleagues used open-source machine-learning software for scanning cellular images to probe the effects of 2,100 compounds, searching for ones that improved the appearance and function of blood vessel cells that carried the bad genes. The algorithms pointed to an unexpected chemical that reduced leaky blood vessels in animal tests by 50 percent. That drug, set to enter second-stage human trials next year, led to the founding of Recursion.

Other parts of Alphabet, as well as the AI research unit of social-media giant Facebook Inc, which quietly released a paper using deep learning to analyse 250 million protein sequences in April, are creeping into pharmaceutical-company turf. This spring, AI researchers at Google unveiled a neural network that can predict the function of a protein from its sequence of amino acids, which can help biologists understand what a newly discovered protein does.

AI proponents say that nobody is talking about taking human researchers out of the equation. The goal is “augmenting and enhancing the decision-making capacity of scientists”, said Jackie Hunter, a former GlaxoSmithKline research executive who now leads clinical programs at BenevolentAI.

In the short run, it’s more likely that AI-based simulations will be used to game out whether prospective drugs will be effective before going to a full-on clinical trial.

An aerospace company “won’t build and fly a plane without building it on the computer first and simulating it under many conditions”, said Colin Hill of GNS Healthcare, a startup using AI to model disease, whose investors include Amgen Inc. In the future, drugmakers won’t begin clinical trials without a virtual dry run, Hill said.

Still, the surprise that unfolded in Mexico has increased the tempo. DeepMind “basically beat everyone by a sizeable margin”, said AlQuraishi, the Harvard researcher. If drugmakers don’t take the threat seriously, he said, they could be left in the dust. – Bloomberg 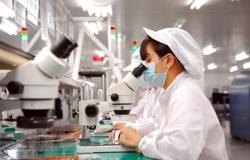