Nintendo's Mario Kart franchise has been the kart racer to beat since Super Mario Kart debuted in 1992. Typically restricted to Nintendo consoles, those on mobile, PlayStation, Xbox and PC have had to look elsewhere for kart racing thrills.

Sega's Sonic the Hedgehog Sonic Racing series has been a reliable alternative, thanks to its own selection of vibrant tracks, power-up items, and racing mascots found in Sonic & Sega All-Stars Racing (2010) and Sonic & All-Stars Racing Transformed (2012).

But the Sonic racers lacked equivalents for the PlayStation 4 and Xbox One generation, until May's Team Sonic Racing changed the emphasis from finishing first to co-operating with other drivers.

Though Crash Bandicoot has been around almost as long as Mario Kart and was originally a PlayStation franchise, the first three games of the jump-n-run action series had already been reintroduced to PS4, Xbox One, PC and Switch players via the Crash Bandicoot N. Sane Trilogy over the course of 2017 and 2018.

And thanks to the careful remaking of the Crash Team Racing trilogy as Nitro Fueled, it looks like the renaissance is set to continue.

While just short of recent Mario Kart tallies, Nitro Fueled is certainly off to a good start, surpassing the best-received Sonic racing release, Sonic & All-Stars Racing Transformed, which netted Metacritic averages between 78 and 82 on home consoles of the time.

Nintendo advised in April that its mobile version of Mario Kart, called Mario Kart Tour, would enter a closed beta on Android at some point during mid-2019 – at the time, late May or early June – with an iOS edition also in development; Xbox racing game Forza Horizon 4 released a playful Lego Speed Champions both as an expansion and a standalone earlier in June. – AFP Relaxnews 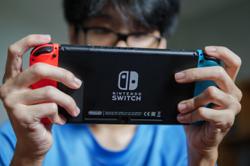