Mahadhir speaking about regulation changes necessary, during an interview at the inaugural MyDroneX conference held in Cyberjaya.

Regulations on drone operations in Malaysia need to be updated to maintain the local industry's innovation, a move that some government agencies are working on, say tech bosses.

He added one approach could be to have specific regulations introduced for companies that want to hire the drone operators, especially for high risk areas like oil rigs and high tension lines, which would ensure a better level of safety without being cumbersome for drone users not in such specialised fields.

He revealed that Futurise – a government agency tasked with aiding Malaysian corporations and universities to develop prototype products and commercialise intellectual properties – was in talks with the Transport Ministry as well as the Communications and Multimedia Ministry to streamline drone usage guidelines, including the regulations to obtain drone-flying licenses.

Malaysia Digital Economy Corp (MDEC) vice-president for enterprise development Gopi Ganesalingam revealed that the agency's Global Acceleration and Innovation (GAIN) was also in talks with the Communications Ministry regarding drones.

However, beyond confirming talks with its Minister Gobind Singh Deo had been ongoing for almost four months, Gopi could not reveal the contents of the discussion.

Speaking during a forum titled "The Global Drone Race" at the inaugural MyDroneX conference held in Cyberjaya, Gopi also said regulations on drones in Malaysia were "dinosaurs" that need to be updated.

Asked at the conference sidelines what would be a key regulation to update, he replied that setting up a drone city – where one could operate more freely like in a regulatory sandbox – in Cyberjaya would be a low-hanging fruit.

"Like a Proof of Concept, only when you see it, only then can you appreciate it. Imagine seeing drones flying, delivering parcels. Cyberjaya is a tech hub, it's meant for these kinds of experiences," he said.

Aerodyne Group CEO Kamarul Muhammad said that while existing regulations are not restrictive, the bigger issue is that there is no clear framework for commercial drone operations. Aerodyne is a drone operator which provides integrated software solutions for monitoring power lines, oil rigs and development sites.

He said getting approval took too much time and required users to apply anew for every operation, versus in the United Kingdom and Australia, where drone operators apply for highly regulated one-off licenses, similar to a car driving license. This would be subject to revocation if the operator flouts the laws.

He agreed with Mahadhir's call to streamline the regulation process, saying it would be more efficient to park drone regulations under the Civil Aviation Authority of Malaysia (CAAM), which handles the country's air space issues. 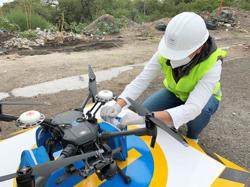 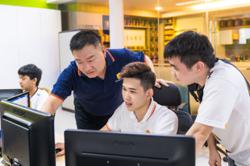 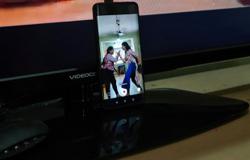