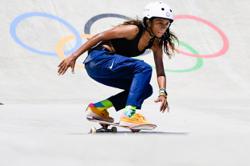 Prime Minister Tun Dr Mahathir Mohamad acknowledged that the Internet and social media platforms play a vital role in promoting openness and inclusivity but also warned that they are increasingly being abused.

"The Internet is increasingly being abused with the rising number of wrongdoings and offenses committed today, especially through the use of social media platforms,” he said at the opening of the newly expanded Facebook Malaysia office in Kuala Lumpur.

Unlike in the real world, where social etiquette and manners can sometimes seem restrictive and limiting, people feel they have a greater sense of freedom of expression and attitude when using online networks.

He said while Malaysia advocates for a free and open Internet, this has to be within the ambit of our laws, and cannot be unfettered.

“The rule of thumb is simple – what is illegal offline is almost always illegal online,” he said. “Freedom of speech is not a license to abuse, it is a responsibility. Freedom of speech without any concern for good human behaviour would be a disaster for any society.”

He urged Facebook and other platform providers to continue to collaborate with the Malaysian government and law enforcement agencies in order to ensure that the social media realm remains a platform for positive change.

Dr Mahathir said he hopes that Facebook will improve the Community Standards Enforcement Report feature to cover more forms of hate speech, especially ones that may cause racial tensions among Malaysians.

“The diversity in culture and tradition translates to very different consequences and implications in speeches and postings. If not taken down quickly, such speeches and postings are potentially harmful depending on what is being said and in the context of a particular country,” he added.

“Malaysia is an important country to Facebook, contributing to our continued growth in Asia Pacific where we see over 23 million users on our platform every month connecting with family, friends, businesses and communities.”

The office even includes a physical Facebook Wall and Dr Mahathir and Communications and Multimedia Minister Gobind Singh Deo were given the honour to be the first guests to leave their signatures on it. 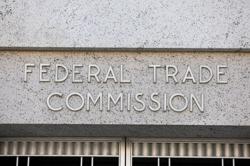