During a media briefing at the MCMC office in Cyberjaya, Lim adds that households in Malaysia should make the move so they are not left out when the analogue transmission is completely shut down in the third quarter of this year.


"Free-to-air TV is important to pockets of Malaysians who don't have the choice to subscribe to OTT or other streaming services. This is a choice for them," he adds.


"Did you know that RTM has a HD sports channel that is currently available only on myFreeview?" asks Lim.


Johan adds that more broadcasters are expected to get on board in the near future, and even advises local production houses to apply for the relevant licensing to come onboard and find a platform for their content.


"People ask how would myFreeview make money if the service is provided for free. That's where advertisements come in," shares Johan, who is also the Media Prima CEO.


Malaysia's transition programme to digital is in tandem with the Master Plan of National Digitisation to elevate the quality of life of Malaysians to be on par with other developing nations.


"Also, it would free up frequency. The analogue switch off would gain digital dividends that benefit the country,and there is so much we could do with the available spectrum especially in the 5G sector," says Lim.


The service doesn't require an Internet connection, although in the future that would be helpful to connect viewers to interactive features such as online shopping, and other digital applications, says Lim.


To receive the myFreeview broadcast, viewers need a DVB-T2 decoder and UHF aerial. The Pensonic brand, for instance, costs RM187 while the price of the aerial ranges from RM40 to RM77 and the installation charge from RM50 to RM100.


Television sets from 13 brands, including Samsung, Sony, Panasonic, Sharp, LG and Pensonic have built-in digital tuner and don't require an additional decoder, so owners of such units need only to have a UHF aerial to receive the broadcast.


"Please make sure that you only purchase Sirim and MCMC approved products," says Johan, adding that there are over 3,000 installers available nationwide to provide the installation service for a fee.


Michael Chan, CEO of MYTV Broadcasting, the company in charge of the distribution of the decoder, as well as the infrastructure for digital TV in Malaysia, adds that myFreeview is available in all corners of the country, covering almost 100% of the population.


Last October, myFreeview service was disrupted for over two weeks in several states due to a financial dispute between MYTV and Telekom Malaysia.


"That issue has been resolved and such incidences will not happen again," assures Chan. 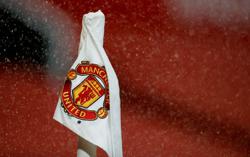