Vignesa says the company maintains its commitment to avoid traffic shaping or throttling.

Singaporean Internet service provider ViewQwest Group is planning to expand its broadband service to more than a dozen new locations across the Klang Valley and Johor, with plans to partner with other telcos.

Vignesa says it will be offering new corporate plans by June or July once the HSBB collaboration is confirmed, though the plans may differ from its existing ones as it may not be able to offer the same bandwidth as it doesn’t own the infrastructure.

“Unfortunately there isn’t a national infrastructure (for fibre), so private players have to roll it out themselves, and that is a capital intensive enterprise,” he says.

On Aug 2 last year, ViewQwest partnered with Omesti Bhd to acquire all the operations of its former subsidiary, Fibre At Home City Networks Sdn Bhd, following a share transfer exercise.

Vignesa says Fibre At Home’s infrastructure gave the company access to more than a dozen project sites – 10-12 sites in the Klang Valley and six or seven in Johor.

He admits that the company has been very quiet after acquiring Fiber At Home, as it had to update some of its systems and ensure its footprint is 100% fibre.

However, moving forward, new locations will be announced every quarter, he says.

A check of ViewQwest’s website reveals that the home broadband service is currently offered at seven locations – Tropicana Avenue and Tropicana Gardens in Petaling Jaya, Saville in Cheras, and Setia Eco Glades in Cyberjaya, as well as Setia Sky 88, Suasana Iskandar and Twin Galaxy in Johor.

Asked if the Fair Usage Policy (FUP) – which curbs users who use an extreme amount of bandwidth – would eventually be introduced, Vignesa says the company maintains its commitment to avoid traffic shaping or throttling.

“We see better value in buying more bandwidth instead, and we don’t even have equipment to traffic shape,” he says, during an interview at his office in Bangsar South.

Bangsar South is one of the business parks being powered by ViewQwest’s infrastructure – other locations include KL Sentral, Mid Valley, Technology Park in Bukit Jalil and in Cyberjaya.

Though the service is mainly for businesses, residents in those areas can also request for connections.

Asked if the expansion would focus on high density areas like business parks and condominiums, Vignesa says the company is agnostic on density, preferring to expand according to demand or where its partners are willing.

He points out that the Setia Eco Glades and Eco Ardence are low-density areas, while Setia Sky 88 is on the other extreme.

Currently ViewQwest offers both contract and non-contract broadband plans, although the ones with contract have a lower monthly commitment and come bundled with a superior WiFi router.

Since April, the company has also offered a rebate of RM500 to customers still in contract with another ISP to offset the early termination penalty. 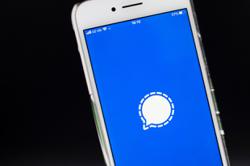