Maxis has revamped its store in The Gardens Mall into its first Concept Store which will be used as a pilot to test new ways to serve customers more efficiently.

The store is now divided into four areas. A Meeting Area for talking with customer service representatives; a Forest Area for checking out phones and other devices on offer; an Accessory Wall which displays phone casings, chargers and earphones; and a Partnership Area which showcases services by Maxis’s partners such as Razer which has gaming smartphones on sale.

The store has also swapped its queuing system for the Maxis Interactive Retail Assistant (Mira) – scanning its QR code will assign users a customer service representative.

While waiting for a representative to meet them, customers can explore the store – there are over 40 smartphone models, and IoT (Internet of Things) devices like robots, drones and 360° cameras on display that work with Maxis Internet services.

Maxis chief executive officer Gokhan Ogut says the new store layout is meant to be more experiential and encourage users to test out the various tech on sale.

The demo units will feature a Discovery App that shows the specs and pricing of the device under various Maxis plans.

To make it easier for users to choose and compare devices, customers can request the staff to display a side-by-side comparison between different models using giant 98in screens in the store.

To give customers more freedom, the devices are not tied down by security wires – instead they are tagged with an RFID chip that will set off the alarm only if removed from the store.

During the launch, Ogut said elements from the Maxis Concept Store will be rolled out at other stores throughout Malaysia over the next two years. 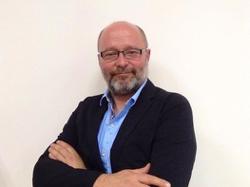 The future is now: Companies need to future-proof their business with technology, say experts