The new Huawei P30 and P30 Pro smartphones are not expected to land in 5G versions, according to the firm's CEO, Richard Yu, in an interview reported by MySmartPrice. The brand's first 5G model is likely to be the forthcoming Mate 30, scheduled to be unveiled in fall 2019 – not to mention the firm's first folding smartphone, the Mate X, due to launch soon in selected markets.

While Huawei started the year focusing on camera technology, unveiling its new P30 smartphone series in Paris, the Chinese manufacturer now has another major technology in its sights: 5G.

The brand's first handset to get 5G compatibility will apparently be the Mate 30 – successor to the Mate 20 – likely to be presented at a special unveiling event this fall. Indeed, according to MySmartPrice, Huawei CEO Richard Yu said: "I think [5G will be ready] this fall. Ready for the Mate series."

The Huawei CEO went on to explain that the Chinese manufacturer already has the requisite technology, but that equipping the P30 and P30 Pro with 5G connectivity would have been premature given the current state of the 5G network and the limited availability of deals. Now, the idea is to launch the upcoming 5G-ready Huawei Mate 30 around the same time as 5G rolls out in a major way in key markets.

Huawei's first folding smartphone, the Mate X – unveiled at this year's Mobile World Congress in Barcelona – will also be 5G compatible. Its release date and launch markets are still to be confirmed by the manufacturer. However, this novel smartphone will come with a hefty price tag and will almost certainly only be produced in relatively limited quantities. 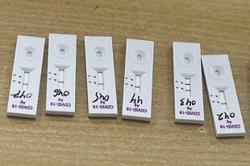