In this photo taken on January 10, 2019, an Indian student looks at the education technology start-up Byju's app at the company's office in Bangalore. - From a multi-billion-dollar education startup to wired-up mannequins, technology is helping to revolutionise the way Indian schoolchildren are learning -- provided their parents can afford it. (Photo by MANJUNATH KIRAN / AFP) / To go with 'INDIA-ECONOMY-EDUCATION-TECHNOLOGY-AMAZON-BYJU',FOCUS by Vishal MANVE

MUMBAI: From a multi-billion-dollar education startup to wired-up mannequins, technology is helping to revolutionise the way Indian schoolchildren are learning – provided their parents can afford it.

A host of online platforms are taking advantage of a surge in smartphone ownership to engage millions of youngsters with interactive games and animated video lessons.

India’s education system suffers from a lack of investment, and the apps aid students who want extra tuition away from overcrowded classrooms and crumbling schools.

Major foreign investors are ploughing funds into India’s growing “edtech” industry as they seek to capitalise on the world’s largest school-age population who face fierce competition for university places.

“I have been using Byju’s since last year and my performance has really improved. I understand mathematical concepts much better now,” says 16-year-old Akshat Mugad, referring to a Facebook-backed, Indian education app. 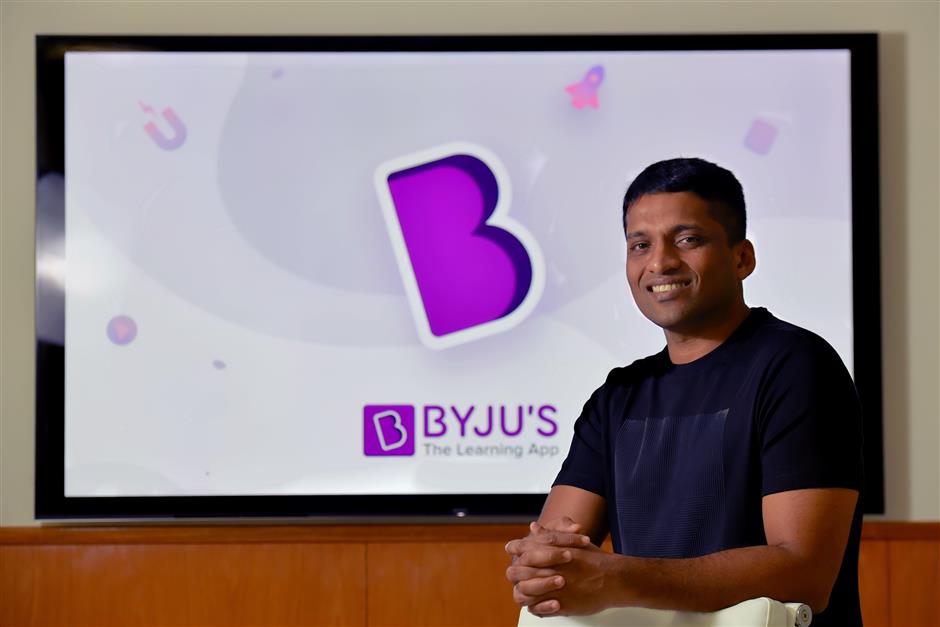 Byju Raveendran, founder of Byju's, the Bangalore-based educational technology startup, at the company's premises in Bangalore.

Byju’s has become one of the world’s largest online learning sites since it was founded in Bangalore in 2011 and is currently embarking on an ambitious overseas expansion.

It is just one of dozens of startups betting that kids are eager to learn differently from rote memorisation techniques that are used across much of Asia.

Edtech platforms are also taking off in other Asian countries, notably China and Taiwan.

Garima Dhir enrolled her six-year-old boy into a Planet Spark programme to study maths and English because she wanted him to get used to using technology at a young age.

“With interactive classes, my son is picking concepts without any stress and enjoying the process without fear of failure,” she told AFP.

Robomate, Toppr, Simplilearn, Meritnation and Edureka are others in the market. 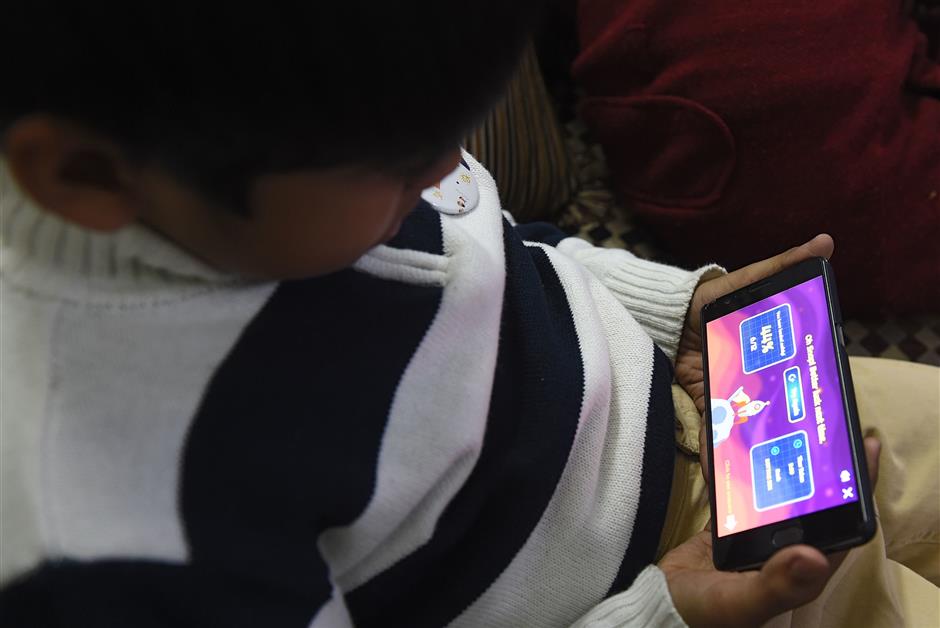 An Indian boy uses a smartphone to study with an app created by Planet Sparks that uses "gamified" teaching methods at a tuition centre in New Delhi.

India has an estimated 270 million children aged between five and 17.

Its online education sector is projected to be worth US$2bil (RM8.15bil) to Asia’s third-largest economy by 2021, according to research published by accounting group KPMG two years ago.

With revenues heading for US$200mil (RM815.26mil), Byju’s says it has around 32 million users in India using its e-tutorials that feature animations, live classes and educational games to match India’s school curriculum.

It has raised more than US$1bil (RM4.07bil) in funding since the beginning of last year, including from Facebook founder Mark Zuckerberg, valuing the firm at around US$5.4bil (RM22.01bil).

“We want to be the largest education company in the world,” founder Byju Raveendran, 39, whose stake in Byju’s is now thought to be worth almost US$2bil (RM8.15bil), told AFP.

Analysts say technology has the power to transform education in India but note that at the moment it is largely the domain of middle-class families.

A year-long subscription to Byju’s can cost upwards of US$150 (RM611) for example, a small fortune for the majority of Indians.

At a state-run school in Mumbai teacher Pooja Prashant Sankhe is using technology in a rather different way to change how her pupils engage with lessons. 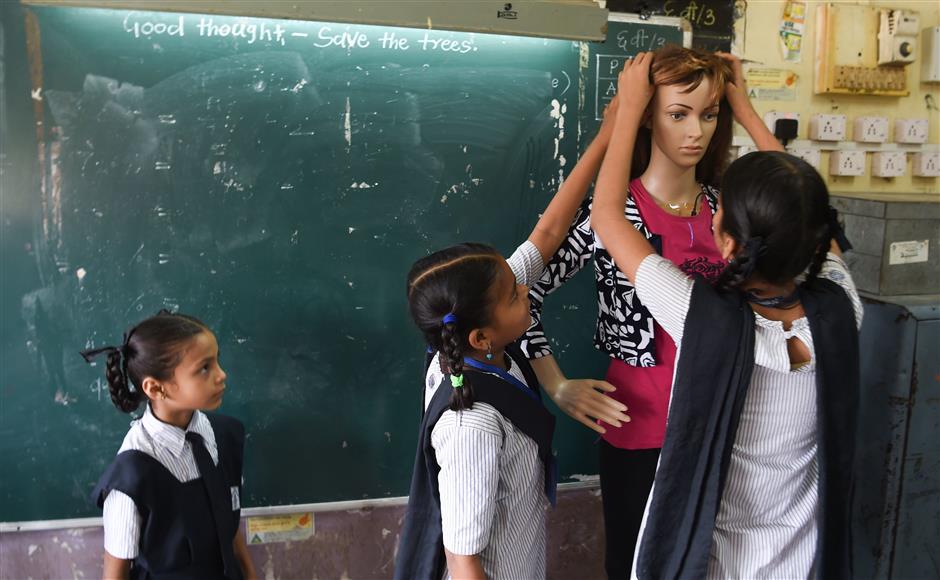 The 45-year-old hides an Amazon Echo device in a shop window mannequin. When AFP visited children aged 11 approached and asked questions such as, “Alexa, how many states are there in India?”.

They also did sums and then asked Alexa for the answer to find out if they had done them correctly. The device plays the Indian national anthem at the start of the school day and healing music during meditation sessions.

Indian media have carried reports of a teacher doing the same thing in another school in rural Maharashtra state, of which Mumbai is the capital.

“The kids get really excited when they ask her questions,” said Sankhe, 45. “Pupils are coming to school more regularly now because of Alexa,” she added. – AFP