Facebook is pushing games front and centre, adding a dedicated Gaming tab to the main navigation bar of its app.

Facebook gaming vice-president Vijaye Raji explains this is to make it easier for users to find and connect around their favorite games, streamers, groups, or discover new content catered to their interests.

He says over 700 million people engage in some form of gaming activity a month, though this is mostly incidental via invites by friends, posts about games on a user's newsfeed or updates from gaming pages and streamers that a user follows.

Bringing more attention to the gaming hub, known as Fb.gg, is likely part of Facebook's strategy to grab a portion of the gaming viewership away from its competitors, YouTube and Twitch.

The Gaming tab is part of the social media site's design update to personalise shortcuts.

Previously, users in a country would all get the same five shortcuts, but since July last year, in addition to the news feed, notifications and menu icons, the other slots reflect the user's most used sections.

Despite this the gaming tab was buried in the app's submenus. Vijaye says the dedicated tab is being rolled out first to users interested in gaming, though those without it in the main navigation bar can still access the gaming tab in the Bookmarks Menu. 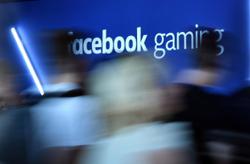 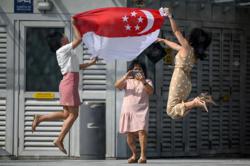