BARCELONA: Japan’s Sony, which has fallen way behind its South Korean and Chinese rivals in the smartphone sales race, aims to capitalise on its movie pedigree with new devices featuring 21:9 ratio screens, the dimensions used to film blockbusters.

The company announced a new flagship Xperia 1 handset at the Mobile World Congress in Barcelona on Monday, which has an HDR OLED screen, optimised using Sony’s Bravia TV technology. It also has the ability to take photos and record 4K video in a 21:9 ratio.

Mitsuya Kishida, president of Sony Mobile Communications, said Sony had a rich heritage of meeting the technological demands of professional filmmakers in both sound and vision.

"Our new Xperia will deliver genuine technologies with a multitude of professional grade features to create entertainment experiences that are only possible with Sony," Kishida said at the Congress.

The company has also brought the 21:9 screen ration to two mid-range smartphones: the Xperia 10 and Xperia 10 plus. 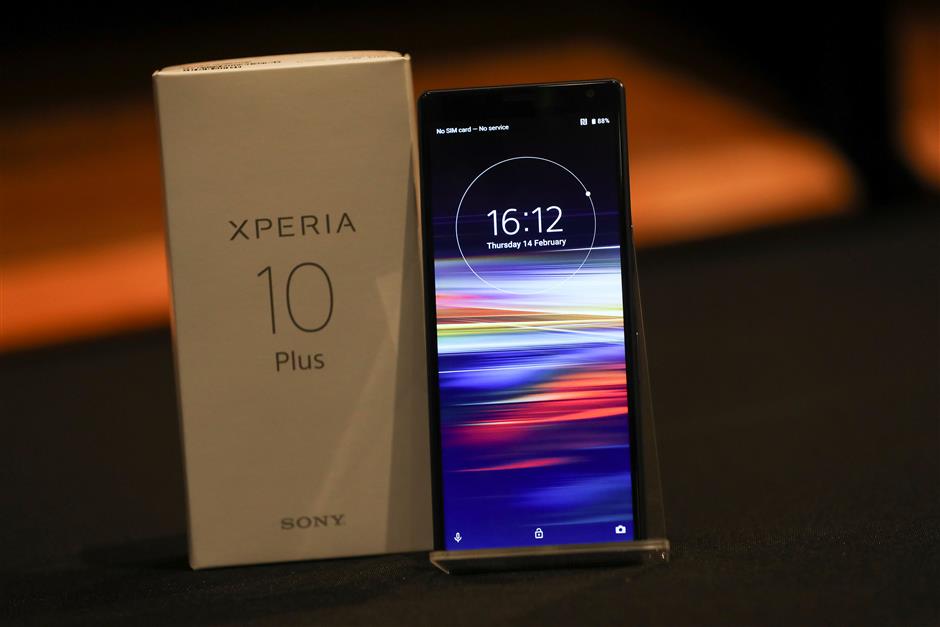 A new Sony Xperia 10 Plus sits on a table at a pre-launch event.

Ben Wood from CCS Insight said the handsets were nicely designed but it was hard to see how they would stand out from the crowd.

"We are unconvinced that the 21:9 ratio is differentiated enough despite Sony's strong credentials in content," he said.

Industry analyst Paolo Pescatore at PP Foresight said the new devices were a "step in the right direction, but Sony continued to face monumental challenges in competing with rivals who are rolling out new devices, rich with new features at punchy prices".

"In particular Asian smartphone markers who are moving at stealth mode and growing market share very quickly, as underlined by latest announcements from Huawei and Xiaomi," he said.

The two Chinese companies both announced 5G devices at the event on Feb 24. Huawei, which is challenging Apple for the No. 2 spot in smartphone sales, created a buzz with a folding smartphone. – Reuters