BAGHDAD: Stuck between an endless waitlist for a government job and a frail private sector, Iraqi entrepreneurs are taking on staggering unemployment by establishing their own startups.

The first murmurs of this creative spirit were felt in 2013, but the Islamic State group’s sweep across a third of the country the following year put many projects on hold.

Now, with IS defeated, co-working spaces and incubators are flourishing in a country whose unemployment rate hovers around 10% but whose public sector is too bloated to hire.

Many self-starters begin their journey at an aptly named glass building in central Baghdad: The Station.

There, they sip on coffee, peruse floor-to-ceiling bookshelves for ideas and grab a seat at clusters of desks where other stylish Iraqis click away at their laptops. Iraqi girls checking a computer at "The Station", Baghdad's incubator for would-be entrepreneurs, in the Iraqi capital.

“We want to tell youth that they can start their own project, achieve their dreams and not just be happy in a government job they didn’t even want,” he told AFP.

Youth make up around 60% of Iraq’s nearly 40 million people.

After graduating from university, many spend years waiting to be appointed to a job in the government, Iraq’s biggest employer.

Four out of five jobs created in Iraq in recent years are in the public sector, according to the World Bank. Floor-to-ceiling bookshelves are available for ideas at The Station.

But with graduates entering the workforce faster than jobs are created, many still wait indefinitely for work.

Among youth, 17% of men and a whopping 27% of women are unemployed, the World Bank says.

After IS, innovation reigns

When IS declared Mosul its seat of power in Iraq back in 2014, resident Saleh Mahmud was forced to shutter the city’s incubator for would-be entrepreneurs.

With Mosul now cautiously rebuilding after the jihadists were ousted in 2017, Mahmud is back in business.

“Around 600-700 youth have already passed by Mosul Space” to attend a seminar or seek out resources as they start their own ventures, said the 23-year-old. Around 600-700 youth have already passed by Mosul Space” to attend a seminar, said Mahmud.

He was inspired after watching fellow Mosul University graduates hopelessly “try to hunt down a connection to get a job in the public sphere”.

“A university education isn’t something that gets you a fulfilling job,” he said.

Another startup, Dakkakena, is capitalising on Mosul’s rebuilding spirit, too.

The online shopping service delivers a lorry-full of home goods every day to at least a dozen families refurnishing after the war.

“On the Web, we can sell things for cheaper than stores because we have fewer costs, like no showrooms,” said founder Yussef al-Noaime, 27. Iraqis attend a meeting at The Station to build up their startup know-how.

Noaime fled IS to the Netherlands, where he was introduced to e-commerce. When he returned home, the computer engineer partnered with another local to found their venture.

A similar service, Miswag, was set-up in the capital Baghdad in 2014 and last year reported hundreds of thousands of dollars in profits.

On an autumn day, some 70 young Iraqi innovators converged for a three-day workshop in Baghdad on founding startups.

They flitted among round tables planning projects, their Arabic conversations sprinkled with English terms. Young Iraqis sat among round tables planning projects at The Station, their Arabic conversations sprinkled with English terms.

“What we’re doing is showing youth what entrepreneurship is – not necessarily so they succeed, but so they at least try,” said organiser Ibrahim al-Zarari.

He said attendees should understand two things: first, that the public sector is saturated. And second, that oil isn’t the only resource on which Iraq – OPEC’s second-largest producer – should capitalise.

More than 65% of Iraq’s GDP and nearly 90% of state revenues hail from the oil sector. Many youth turn to it for work, but it only employs 1% of the workforce.

Widespread corruption and bureaucracy also weaken Iraq’s appeal for private investors. The World Bank ranks it 168th out of 190 for states with a good business environment.

Under current legislation, private sector employees are not offered the same labour protections or social benefits as those in the public sector. 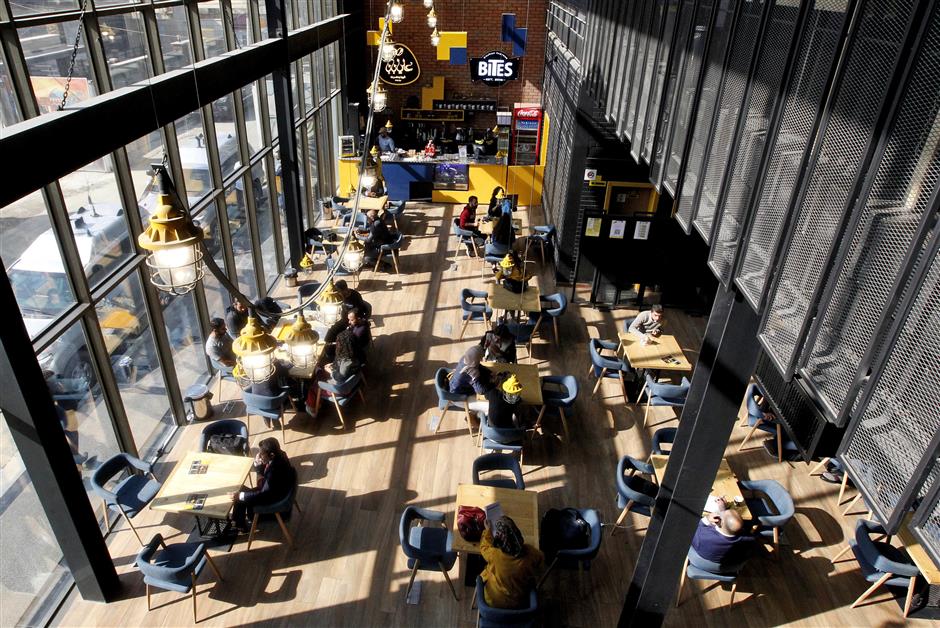 Among Iraqi youth, 17% of men and a whopping 27% of women are unemployed, the World Bank says.

“The banks have a role to play. They must make loans without interest and help young entrepreneurs,” she said.

Banks or no banks, Mahmud in Mosul is already planning how he’ll grow his business in 2019.

“We will open a new, larger space for new gatherings,” he said excitedly, to bring together returning designers, developers and other inventors. – AFP