Protect your eyes by turning on your device's blue light filter 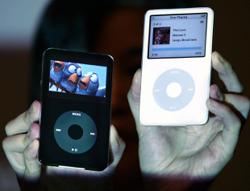 Evidence is piling up that staring into the blue light of a smartphone or other device at night is bad for you – really bad. — Photos: dpa

More and more evidence is emerging that the blue light coming off our beloved smartphones, tablets and computers poses a severe health risk, with two new studies showing that the light is linked to age-related blindness and some forms of cancer.

But luckily, there are things you can do to stop your exposure, and device manufacturers are on the case. Whether it's light from an Apple, Windows or Android device, turning on a blue light filter can be done in just a few steps.

One of the highlights of 2017's Android Oreo release was the addition of Night Light mode, a feature that filters blue light components out of the display in the evening.

This is supposed to protect your eyes and should help you get more restful sleep, because too much light from the blue spectrum before going to bed can have a negative effect on your sleep patterns.

You can choose when you want the feature to be on and tweak its intensity in the settings under "Display/Night Light".

The latest Android Pie, which was released in 2018, actually activates the blue light filter automatically, so if you're not mucking about with the default settings on your new phone, you should have it up and running already.

Joining the trend of night mode features that filter out blue light emitted from displays that tends to keep us awake, Microsoft is allowing Windows 10 users to activate a night mode to get their eyes ready for bedtime.

This is supposed to help your eyes relax when working at twilight or in a dark environment, thereby making it easier to fall asleep later on. The button is located in the Windows Settings at the bottom right corner of the desktop screen, then "Settings", "System" and "Display".

Here you can activate the feature by clicking on "Night Light" or adjust the colour temperature by moving around the slider under "Night light settings".

If you want Windows to automatically start night mode for you at a certain time, like sunset, you can also set a time in the settings.

The so-called Night Shift feature on your iPhone, iPad or Mac is there to change the colour spectrum visible on your display. If you move the colour more towards the warmer spectrum, then that will be much easier on your eyes. The so-called Night Shift feature on your iPhone, iPad or Mac is there to change the colour spectrum visible on your display.
The feature switches on automatically once you've told your device to do so. On iOS, open the Control Center, press the "Brightness" icon and then tap the little sunshine symbol to switch on Night Shift.

Alternatively, you can go to "Settings" then "Display and Brightness" and select "Night Shift" to control the feature.

For your Mac, you can find the settings under "System Preferences" and then by clicking on "Displays", where you'll find the Night Shift tab.

Once turned on, Night Shift uses geolocation to find out when the sun sets where you are – and then automatically adapts the display's colours as the day shifts to night.

To protect your eyes from the blue light emitted from the sun, it is important to wear UV sunglasses outside.

If your phone does not have a blue light filter, then it's important to note that the risks are highest when you look at the screen when your surroundings are dark – so try and avoid doing that as much as possible. – dpa
Article type: metered
User access status: 3
Join our Telegram channel to get our Evening Alerts and breaking news highlights 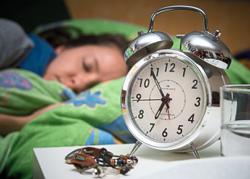 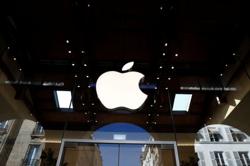