Northern Europe has the highest Internet penetration rate, with 94% of the population online, just ahead of Western Europe’s 90%. — AFP Relaxnews

The Communications and Multimedia Consumer Forum of Malaysia (CFM) has received a total of 3,266 consumer complaints on telecommunication issues since January this year.

Of the top 10 issues highlighted by CFM, billing disputes made up the bulk of the complaints made by consumers in Malaysia, with 546 complaints received in all three quarters. Consumers also complained about service disruption/downtime (283), lack of coverage for high speed broadband services (269) and poor coverage of 4G with LTE (214).

Other issues raised include rebate/refund disputes (167), porting delays/rejected applications (129), poor customer service (128), getting blacklisted (114), Internet connection/speed (109), with miscellaneous issues making up the rest of the complaints.

"Telecommunications issues regarding cellular services are frequently reported by consumers followed by high speed broadband and wireless broadband services. Most complaints received are due to billing dispute and service interruption,” said CFM chairman Mohamad Yusrizal Dato’ Yusoff in a statement recorded during an annual general meeting (AGM) in Cyberjaya.

Complaints with regards to pricing is showing a significant increase as well. The number of complaints more than quadrupled from 13 in August to 64 in September this year.

This is likely due to the announcement made by Communications and Multimedia Minister Gobind Singh Deo on the introduction of more affordable entry-level fixed broadband plans following the implementation of Mandatory Standard on Access Pricing (MSAP).

CFM said it managed to resolve 86% of the complaints issued in less than 15 days as set out in the General Consumer Code of Practice for the Communications and Multimedia Industry Malaysia (GCC). It is also urging consumers to find out more about services offered by local telecommunications companies before signing up for any plan. 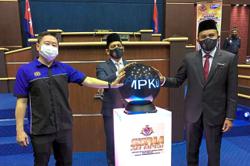 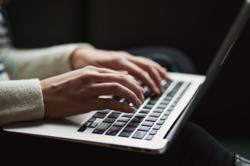