Dyson’s race to reinvent itself

Sir James Dyson talks tech trends and how the appliance maker stays on top of its game.

Talking about everything from engineering design to electric cars, he instead sounds like a startup founder, operating his business like one too.

He sees tech devices becoming ever more sophisticated by virtue of having more ­complex software and sensors, but feels that’s not the Dyson way.

“The problem is that you end up with something that looks like a television controller and is complicated to use,” he says. A Dyson fan being subjected to electromagnetic testing so that it’s compliant with regulations in various countries.

He adds that companies have the tendency to create their own ‘vernacular’ – a unique arrangement of menus and buttons – ­requiring customers to relearn how to use devices from different brands.

“I think this makes our lives really ­complex, and we haven’t got the time for it. I want to go slightly in the opposite direction, where you have no controller for the ­product, but it magically does all you want without you even speaking to it,” he says.

As for IoT (Internet of things) devices, Dyson answers using the same philosophy – technology isn’t about overloading ­customers with more data but rather helping them by making sense of it.

“IoT can be useful for customers and ­useful for us to get feedback from our machines without being intrusive,” he says.

He gave the example of how Dyson’s ­heaters and air purifiers measure air ­pollution data which customers can check on their phones and the data also informs the company that its devices are performing up to expectations.

However, when it comes to autonomous driving, Dyson believes a more hands on approach is still preferable for now. 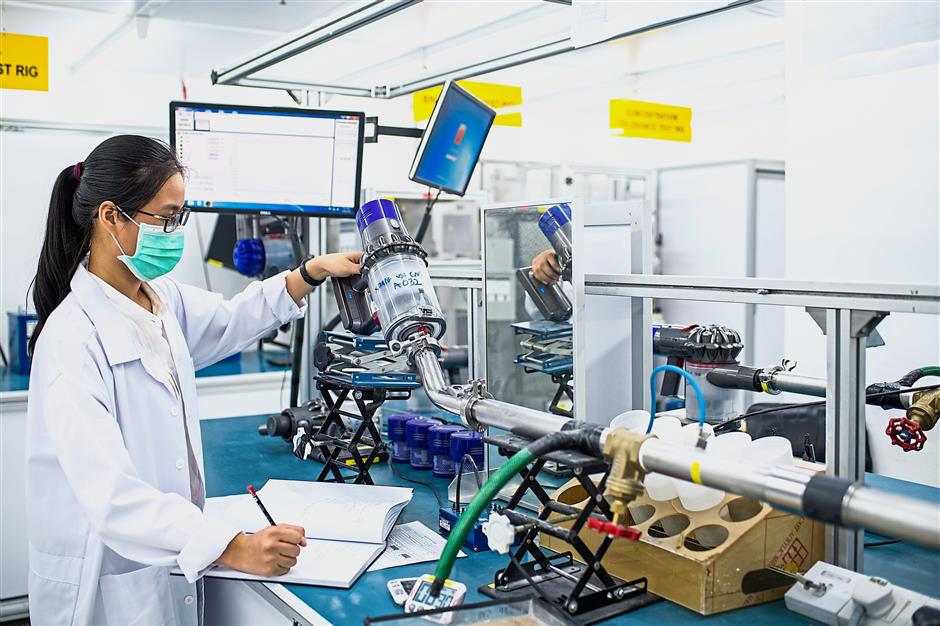 Motor engineer Zerline Lim testing the aerodynamics of the Cyclone V10 vacuum cleaner to ensure that it doesn’t lose suction as it’s being used.

He warns that while driver-assistance ­systems can benefit drivers, the danger is that the reaction speed of the person who is supposed to be in charge of the vehicle will become much slower if he or she gets too complacent.

He explains that an invention naturally leads to functions beyond the initial idea. The more the technology is developed, the more uses can be found for it, like how his electric motors for vacuums were miniaturised for hair dryers.

“Sometimes someone has a brilliant idea, sometimes it’s a brainwave in the bath, but usually it’s from developing the technology.

“If you’re developing technology every day, your brain is thinking and you suddenly see the opportunity to apply your tech in a ­different field,” he says.

It appears that new field for Dyson is ­electric cars, as he got the go ahead from board members to build the company’s first car manufacturing plant in Singapore which is due for completion in 2020.

With electric cars in the works, it’s no ­wonder that the company with a 30-year ­history in making household appliances, has a work culture closer to a startup than a stodgy corporation.

Its Malaysia Development Centre (MDC) has cubicle-free open offices, where its ­mostly 20-something engineers talk about disrupting existing household technologies. Dyson’s Malaysia Development Centre features a Roll Royce Pegasus engine of the Harrier Jet in its cafeteria as an inspiration for its engineers.

Dyson who is 71 years old says the company makes a point of recruiting students and fresh graduates into its ranks of engineers to uphold the value of “the naive but curious”.

“We don’t particularly value experience. Although experience may be a wonderful thing to have, it can be an inhibitor if you want to do something differently, since it tells you how things should be done.

“We are much more interested in how it shouldn’t be done,” he says during an ­interview at the MDC in Senai, Johor.

Talking about the company’s practice of using contract manufacturers in Malaysia to produce parts and assemble products, Dyson makes a point to differentiate his company from others that outsource manufacturing to third parties.

“We don’t work like that: we design the production line and control production, because almost everything we make is unique,” he says.

While the MDC is primarily for research, design and development, the engineers there also work with contract manufacturers to produce components for Dyson.

He gives the example of a manufacturer of tent poles that the company trained and equipped so it could make the lightweight anodised aluminium tubes used in Dyson vacuums.

Dyson also says the company avoids ­complacency by staying in a permanent state of flux by constantly trying new things and reinventing itself.

“We don’t sit on a product and make it year after year. We don’t just modify an existing product, we bring in new ones all the time,” he says with chuckle, taking a veiled dig at a certain California technology company. 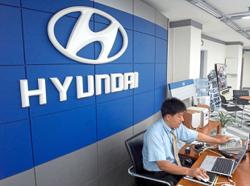 Elon Musk overtakes Bill Gates to grab world’s second-richest ranking
Apple security head charged with offering bribe for gun licenses
Charli D'Amelio becomes first influencer with over 100 million followers on TikTok
If the road’s even a little slippery, get off that eScooter
Robots are taking on new tasks in South Korean hospitals and restaurants
Russia opens case against Google, saying it failed to delete banned content
Three of the world's iconic libraries are now home to computer code archives
US states prepping second antitrust lawsuit against Google for next month
Snap to pay US$1mil a day to creators for Spotlight videos
Alibaba CEO says China's scrutiny of Internet platforms is needed