But it's never too late! A report suggests that the British brand's models will be compatible with the dominant systems in the coming year.

According to MacRumors, a spokesperson representing Jaguar and Land Rover confirmed that all models from 2019 and beyond, “equipped with its InControl Touch Pro or Touch Pro Duo infotainment systems will be available with an optional smartphone connectivity package including CarPlay and Android Auto”.

The option will cost a minimum of US$280 (RM1,158) and will go up depending on which model you would like the smartphone connectivity package installed.

If you're already driving a Jaguar or Land Rover, don't worry, you won't miss out so long as you have an InControl Touch Pro or Touch Pro Duo infotainment system. The spokesperson “confirmed a retroactive update” will soon be available bringing the option for CarPlay and Android Auto to everyone who is interested.

Though there have been no release dates announced for either package or the retroactive updates in the US, some Jaguars and Land Rovers in the UK already have access to the update; the rollout of the features should be on their way across the rest of the world soon. – AFP Relaxnews 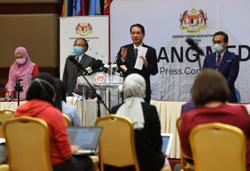