According to the ministry’s statement, Al-Ishsal, 49, holds a Bachelor of Management (Honours) degree from Universiti Sains Malaysia and was a Japan Airlines Scholar at Sophia University, Tokyo.

After graduation, he was an entrepreneur in the digital space from 1994 to 2008.

He was also the managing director of South-East Asia for Eco Capacity Exchange Ltd (London) as well as trainer and consultant for the Airbus group.

He has also served on the board of the Malaysia Digital Economy Corporation (MDEC) and is a former member of the National Information Technology Council (NITC). 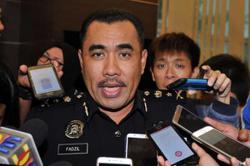