It’s a Google and Amazon world. And these kids are taking this step to work there

Katie Altamirano, 15, left, and Darius Thomas, 17, work on a coding challenge that is part of a web development class at the Big Brothers Big Sisters of Greater Miami campus Monday, July 9, 2018. 600 students, age 16-18, who quailify for the free lunch program in the Miami-Dade school system attend a camp that teaches them important skills in technology and coding. The students are given a stipend to attend the course and once they complete the 6-week course and pass the exam and for their CIW certificate, they receive an addition stipend. (Emily Michot/Miami Herald/TNS)

MIAMI: Tech is work and work is tech. And a group of Miami kids don't want to be left out when it comes to a job.

They may still be in high school, but hundreds of students from disadvantaged homes are in boot camp this summer. They're learning coding and app development – and about the jobs they can pursue after graduation.

The boot camp, in session at several sites across Miami-Dade, is a busy place to spend six weeks of the summer. This week, about a dozen students at the Big Brothers/Big Sisters location near Miami's airport focused on their screens and looked at their future.

TechLaunch@FVI is in its second year of helping to run the camp for students 16 to 18.

“I always wanted to do coding, but had no way to do it,” said Daren Joy, a rising junior at Booker T. Washington Senior High in Overtown. “At first it was difficult, but as the course went along I got a better understanding.”

Sentiments like Daren's – I wanted to but couldn't – are exactly what drives the boot camp. 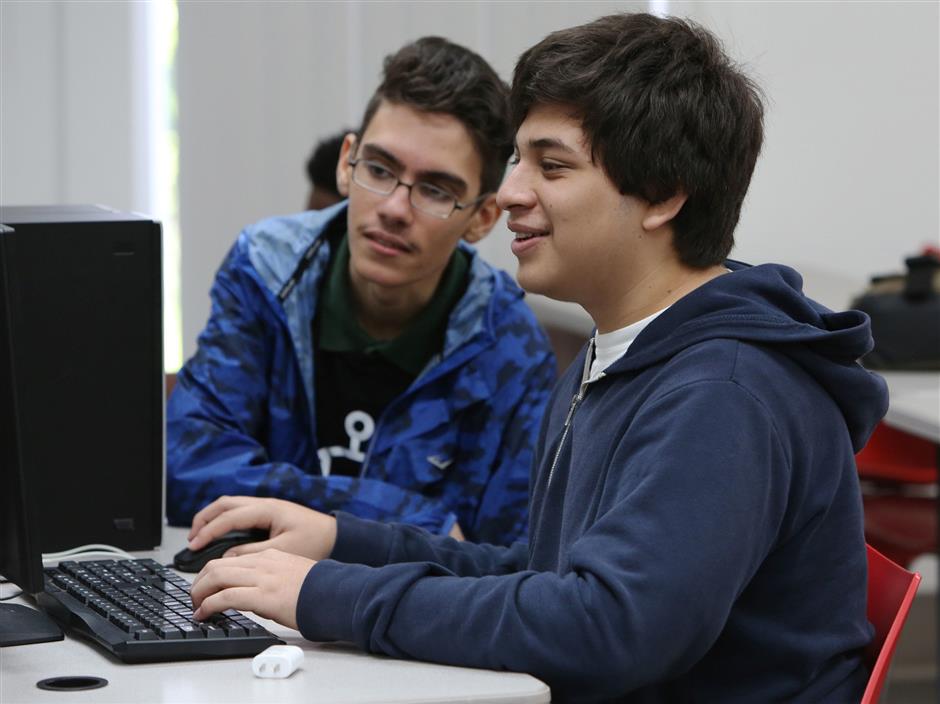 Brandon Garcia-Morales, 17, left, and Guillermo Trujillo, 17 work on a coding challenge that is part of a web development class at the Big Brothers Big Sisters of Greater Miami campus.

TechHire Miami, TechLaunch@FVI, and CareerSource South Florida have all played a major role in the creation of the tech boot camp. TechHire was started by the Obama administration, which recognised that there was a huge gap between employers who needed tech talent and the community of young, interested future tech stars who didn't yet have the skills needed to compete for those jobs, Girnun said.

TechLaunch@FVI is a separate entity that focuses on educational needs. It helps people get the technical skills to snag a tech job of the future. Techlaunch partnered with TechHire to bring the educational components to the camp.

CareerSource South Florida helps pay for the stipends students are receiving. The students, all coming from economically disadvantaged families, are paid for attending – just like any other summer job.

“The stipend is provided based on attendance, and there's also an incentive stipend for passing an industry standard certification,” Girnun said.

Those who have passed the industry-level certification might be eligible for future internships in the tech world.

“We have increased the focus on industry certifications this summer,” Girnun said. “The goal is that the best and brightest students get tech industry internships.” 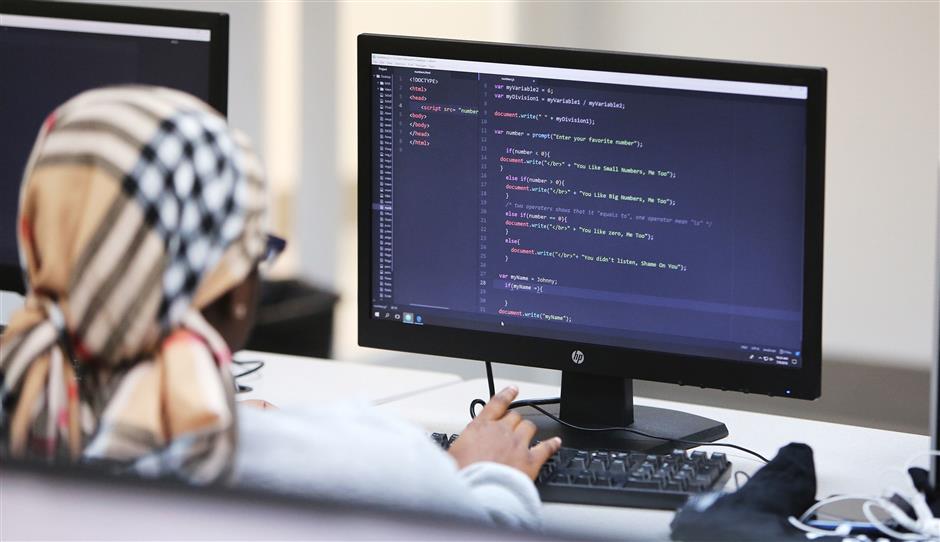 Gaelle Charlet,16, works on a coding challenge that is part of a web development class at the Big Brothers Big Sisters of Greater Miami campus.

“Coding is intangible until you do it,” Girnun said. “Our goal is to give the kids the spark of ability, to have each of them understand that they can actually do it.”

After students have the “spark of ability”, Girnun also wants them to have a spark of interest. By seeing that they are able to code, students can broaden their horizons and consider what jobs are available to them.

“Some of the largest tech employers in South Florida are not what we would consider to be traditional tech companies,” Girnun said.

Most people don't end up working for companies like Google, Facebook, and Microsoft. They get hired by local organisations such as Baptist Health Systems, Miami-Dade County government, and Royal Caribbean Cruise Lines, Girnun said.

“I'm hoping to get a bachelor's in computer science,” said Brandon Gabriel Garcia-Morales, who will be a senior this fall at Miami Senior High in Little Havana. “Then after that I want to get a job at a tech company like Google, or maybe start my own.”

“We want to ensure that everybody in Miami has the opportunity to get these in-demand tech jobs,” Girnun said. “It's not just for the economically able, but for everyone that has an interest.” — Miami Herald/Tribune News Service