PUBG vs Fortnite: Battle of the best

PUBG made immensely popular the battle royale genre, where 100 players fight in a game of survival. — AZMAN GHANI/The Star

PUBG took the gaming world by storm and following closely is Fortnite, ready to claim the throne of the best battle royale game.

IF you are not familiar with the terms “chicken dinner” or “battle royale”, and ­cannot picture how they relate to one ­another, perhaps it is time to learn about PlayerUnknown’s Battlegrounds (PUBG).

The game has sold over 40 million copies on PC (RM74.99 on Steam though it’s rumoured to go free soon) and Xbox One ­console, and is available for free on Android and iOS devices.

PUBG made immensely popular the battle royale genre, where 100 players fight in a game of survival, and the last player or team left standing wins the match and will be greeted with “winner, winner, chicken ­dinner”. Players can enter the battle solo, in pairs or a team of four, and the aim is, of course, to get the “chicken dinner”. 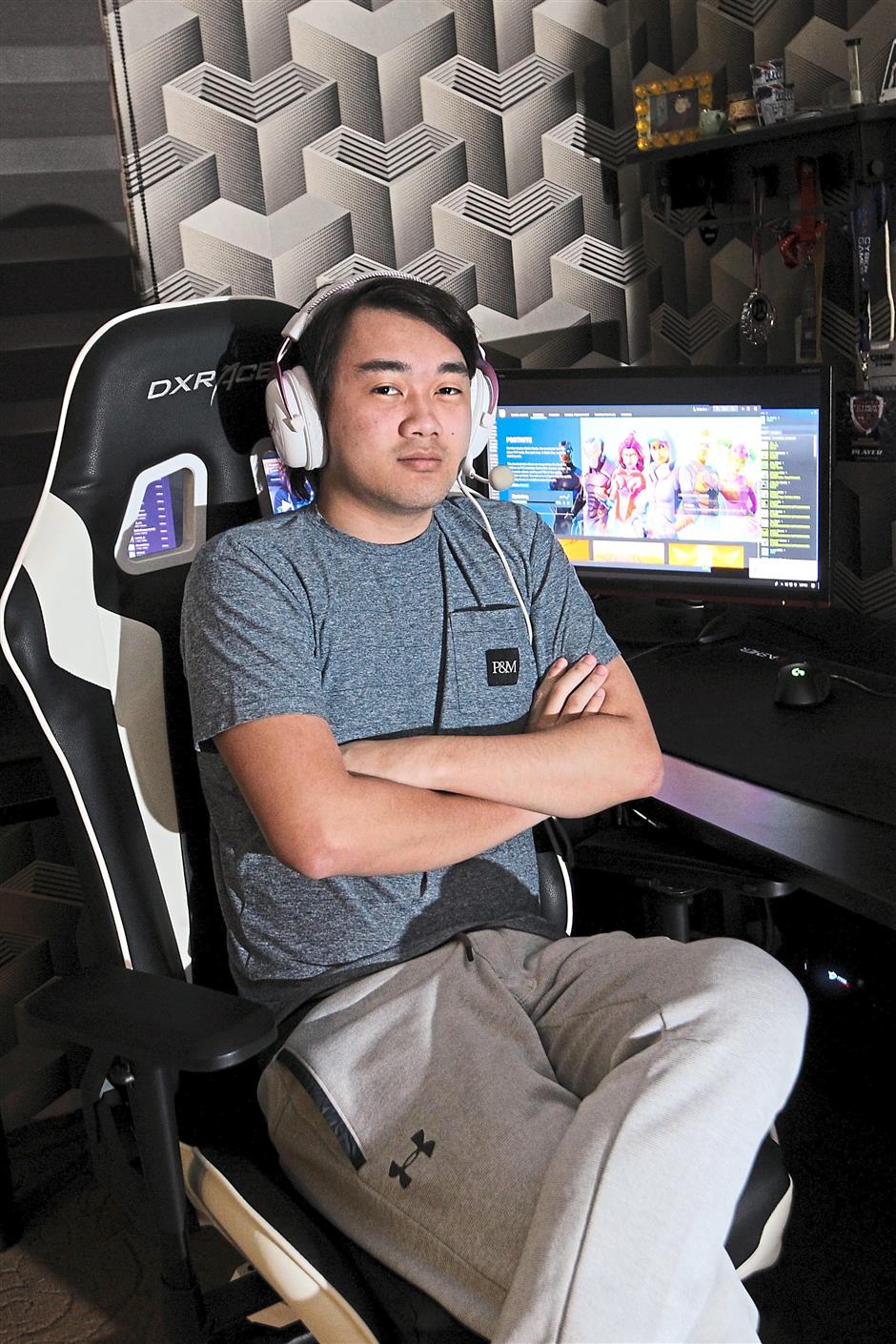 “It is a run and shoot game similar to Call Of Duty,” says Mohd Ezzat Aiman Marzuki, 22, who has already clocked over 1,000 hours since he started playing it last year.

Ezzat, who played Overwatch professionally with Malaysian team Fire Dragoon, now focuses on PUBG and is part of pro-team Minum Kopi Jap. The team recently competed at the PUBG Singapore Community tournament, and has qualified for the finals which will be held in Singapore sometime this year.

“PUBG has that interesting, random aspect where anyone can be a champion. You need a lot of planning and improvisation if you want to make it till the end,” says Ezzat.

New kid on the block

Hot on the heels of PUBG is Fortnite, a ­sandbox survival game published by Epic Games in July last year. It pitted players and friends against ­zombies, but it was Fortnite Battle Royale, the second ­standalone title introduced in September, that caught the attention of the gaming world. And this is where it gets interesting.

Fortnite Battle Royale is similar to PUBG, so much so that PUBG Corp is suing Epic Games for copyright infringement.

The videogame is free-to-play on PlayStation 4, Xbox One, PC and iOS, and Android and Nintendo Switch versions are in the pipeline. 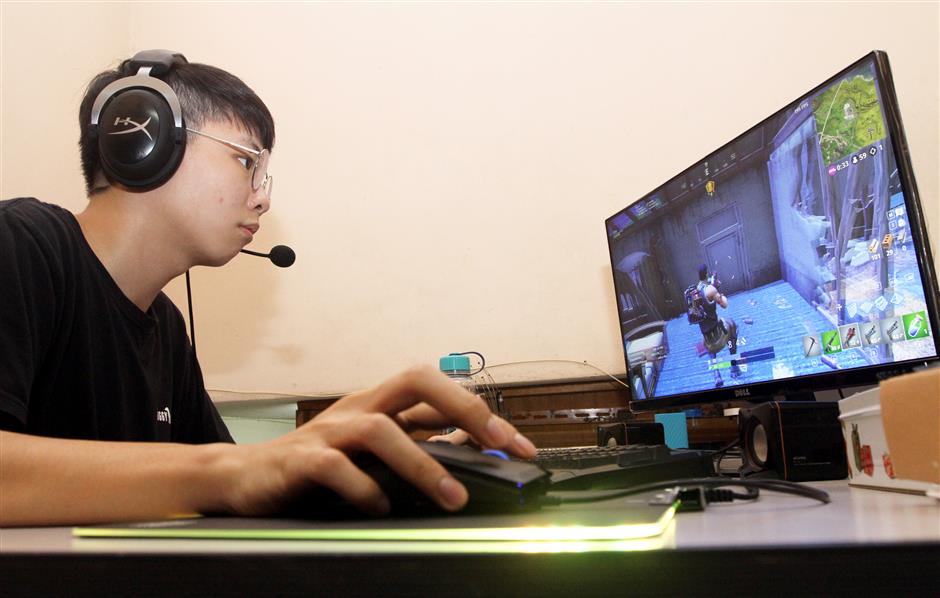 Lay Jian Shen, 19, has been playing Fortnite since last December, religiously clocking in three to four hours daily. “I did try PUBG but I prefer Fortnite’s gameplay. There is just ­something about building your own ‘covers’ that makes it more interesting,” he says.

Unlike PUBG, in Fortnite players have the ability to build walls, stairs, rooftops and other structures to aid them in battle. Most players take great pains to build their fort though a few have made it through a game without building anything at all.

Players get “dropped” onto the map. Those who play PUBG can choose either the island Erangel or desert Miramar map, while Fortnite players can only pick one for now.

The madness then begins. Players will have to search for weapons and even vehicles to stay alive long enough to kill their enemies. 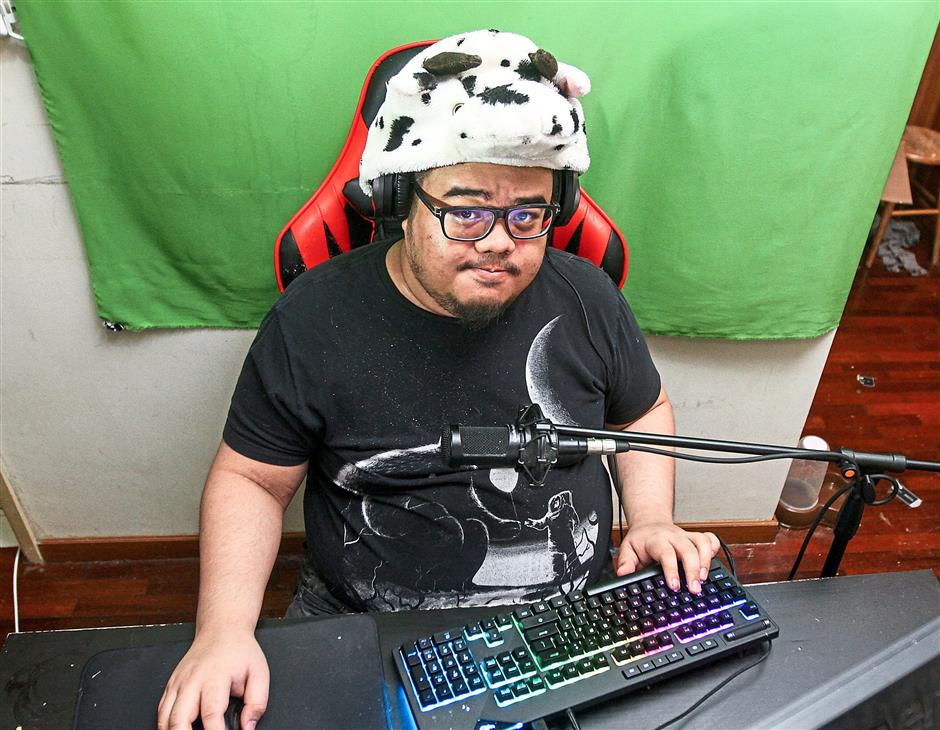 “It’s like you’re in a real war zone. You have to look for things that you can use to keep yourself alive, while at the same time, find ways to beat your opponents,” says full-time gamer Azlan Shah Anuar, 29. “The realism is what differentiates PUBG from Fortnite, and that’s the selling factor for me.”

The environment appears to be relatively realistic in PUBG, especially compared to the cartoonish Fortnite.

However, it is Fortnite’s colourful and bright environment that attracts Low Hor Yan, 23, who has been into games since she was five.

“I play Dota 2 and also PUBG, but right now I am very much addicted to Fortnite,” says Low who plays the game daily for at least six hours every night. 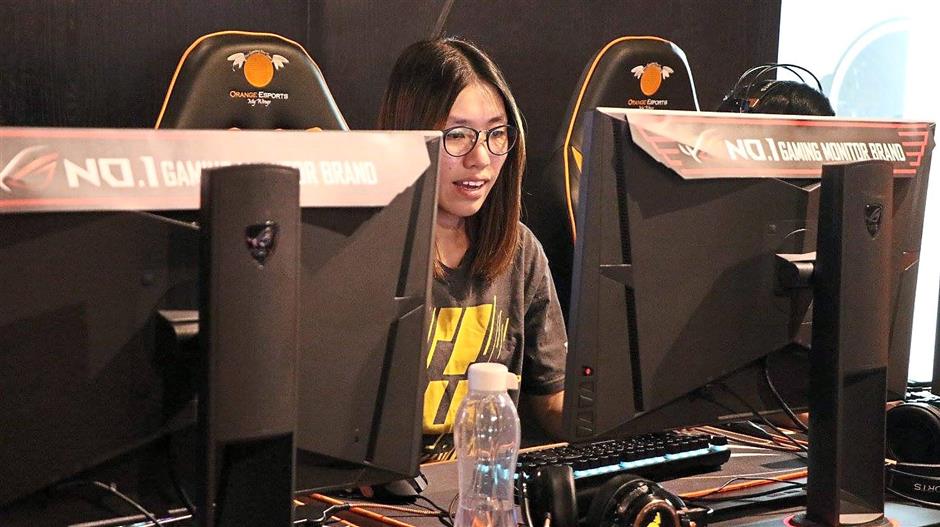 “It is fast paced and attracts a younger audience, I feel,” she says, adding that the no-blood feature in the game is a plus ­factor for her.

Blood is visible when a character gets hurt in PUBG, although players have the option to turn it green.

PUBG and Fortnite games last between 20 to 40 minutes, and players are required to stay within a “circle” that not only moves but gets smaller over time. This pushes players to leave their hiding spots and face their opponents.

The last player or team within the circle at the end of the game is the winner.

Instead of playing on PCs, Vincent Yang, 26, and his friends prefer to play PUBG on their smartphones.

“It is just easier to play PUBG on the phone because then you can do it any where and any time,” says Yang. He often plays in a squad with three other friends.

However, the game drains the battery fast and a power bank is a necessary investment. 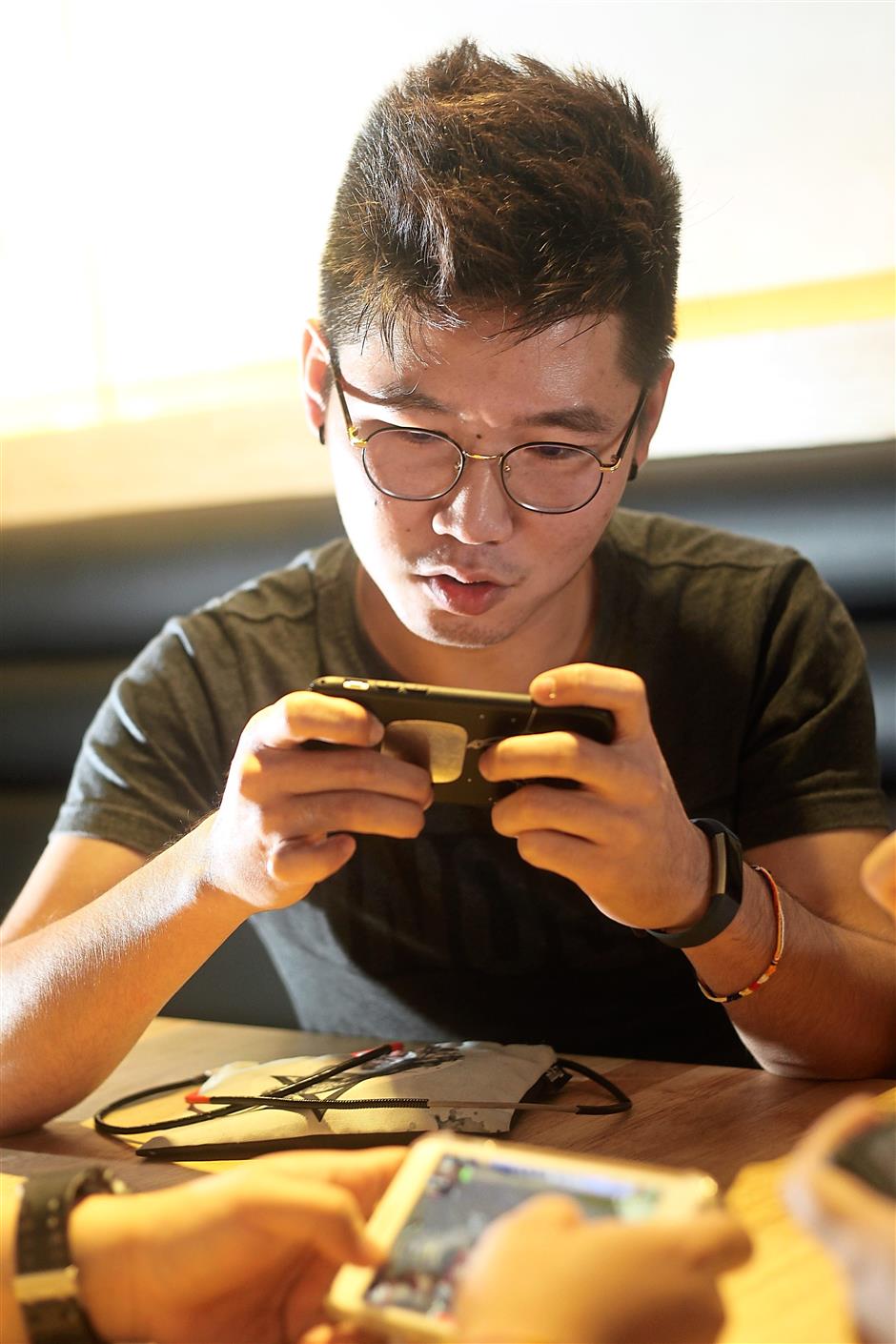 Yang often plays PUBG Mobile as a squad with his friends, and they even meet up on weekends to spend hours on the game. — AZMAN GHANI/The Star

The mobile version is similar to the game on PC and console, though there are slight differences in terms of visuals and controls.

PUBG Mobile is compatible with devices on Android 5.1.1 or later with a minimum of 2GB RAM, as well as devices running iOS 9 or later. It also supports voice chat among players.

Fortnite players, however, need iOS 11 but unlike PUBG it supports cross-play so players on different platforms can battle each other.

As the graphics in PUBG is more ­demanding than Fortnite, Azlan advises that the PC should have a good graphics card like the GeForce GTX 1050 Ti, 16GB RAM and a quad-core processor for optimum play.

PUBG and Fortnite are currently two of the most livestreamed games on platforms like Twitch, Facebook and YouTube. Taking this opportunity to monetise her passion for the game is Aubrey Yong, 25, who is known as “Thatbreydude” to her viewers.

Slowly building her fan base, which she says is made up of viewers from Europe, North America and India, Yong has been streaming PUBG and Fortnite full-time since late last year. She streams three times a week, for about four hours or so each time. “You need to engage with your viewers, and have a thick skin. There will be people who comment on everything, from the way you play to the way you look. It’s important to not let their words get to you,” she says.

“There is a page where viewers can send money my way, and it will be credited to my PayPal account. I do not ask for it, but they send the money anyway,” she shares.

Azlan streams as Alan Lembu and makes about RM5,000 from sponsored posts.

“The payment is not always in cash though. Sometimes they give me their ­products, and I would be asked to display their logo on my page for a period of time,” says Azlan.

His friend Mohamed Farhan Johari, 29, quit his job as a flight attendant to become a full-time gamer/streamer. 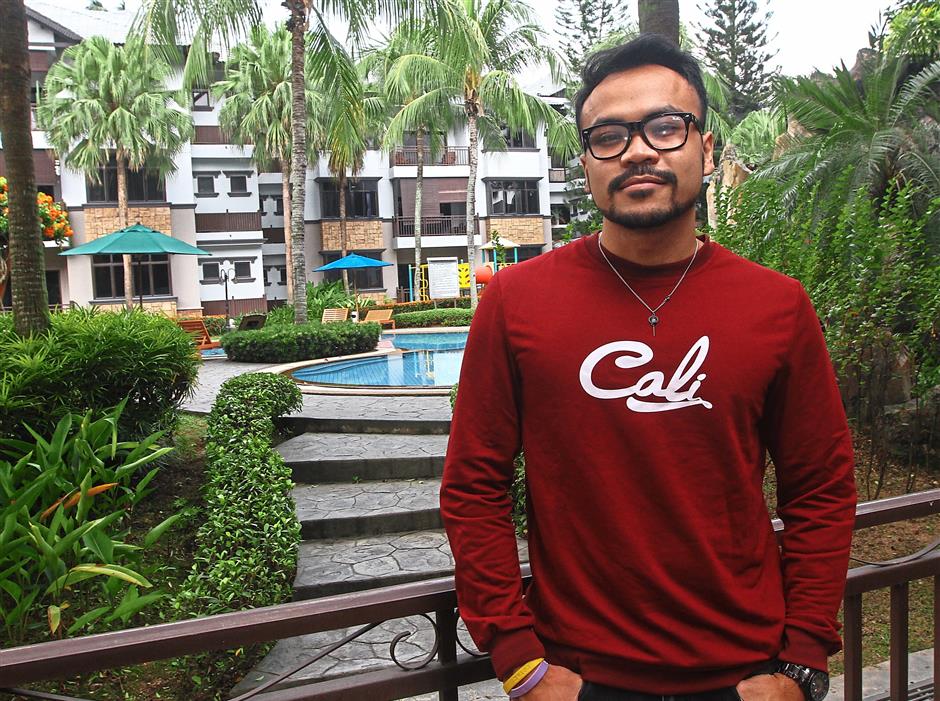 He goes by the name “Era Of The Geeks” on Twitch and Facebook, and sometimes livestreams up to 10 hours a day, making about RM3,500 a month.

“It is not necessary to have a nine to five regular job nowadays. I have always been into gaming, and I figured that there is a market for entertaining livestreamers.

“The best part is you don’t have to be good at playing the game, but it sure does pay well if you are,” says Farhan.

Esports Malaysia secretary general Rinie Ramli says that all games are recognised as e-sports as long as they promote healthy competition. He says PUBG and Fortnite Battle Royale are big in Malaysia and many cybercafes have been upgrading their PCs to meet the rising demand.

According to Malaysian e-sports ­com- munity E-Sukan founder Firdaus Hashim, PUBG is currently the more ­popular of the two games in Malaysia. This he says is ­evident in the number of high profile PUBG tournaments held locally with the support of PUBG Corp compared to those organised for Fortnite.

“We have more PUBG pro-teams competing for Malaysian qualifiers and are hoping to represent the country at international tournaments,” says Firdaus.

One such event is the PUBG SEA Championship Malaysia-Singapore Grand Finals held in Petaling Jaya last weekend, where the winning team would compete at the ASEAN leg. The winner would go on to represent South-East Asia at the PUBG Global Invitational 2018 in July in Berlin, Germany that offers a US$2mil (RM7.9mil) prize pool.

However, Firdaus shares that the local Fortnite scene could change after Epic Games announced last month that it plans to allocate US$100mil (RM397mil) in prize pool money for Fortnite competitions ­starting this year.

“Hopefully, that will encourage more ­people to take up Fortnite and compete ­professionally,” says Firdaus.