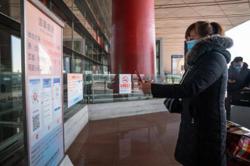 SET FOR ROLL OUT: More airlines are rolling out new and improved services thanks to satellite technology, industry leaders said at the recent Singapore Airshow, with the public increasingly demanding WiFi on planes. — ©AFP/Relaxnews 2014

The in-flight WiFi market in China is expected to enter a golden growth period in the near future, providing services to 500 million travellers every year once passengers are allowed to use portable electronic devices while flying in the country.

In late January, the Civil Aviation Administration of China (CAAC) loosened the restrictions on devices while flying. Now, passengers can use mobile phones, tablets and laptops during the whole flight, so long as they have airplane mode switched on.

But most domestic flights are not yet equipped with WiFi services and that is not going to change significantly anytime soon, because of technologies and costs. Without WiFi in the air, mobile phones can be only used for such things as listening to music, taking photos or playing some games.

It costs airlines about 7 million yuan (RM4.31mil) to modify a plane to enable it to provide in-air WiFi services, the National Business Daily reported.

Because of the limitations of costs, technologies and the number of satellites, the airlines can't provide a large number of WiFi-enabled flights in the short term, and it is estimated that it needs about three years for airlines to make WiFi standard aboard flights, industry experts said.

China Eastern currently has more than 70 aircraft equipped with WiFi, covering its entire international long-haul fleet and more than 160 key domestic routes, with most of them charging passengers fees to use the service.

Hainan Airlines, China's largest private airline, has 17 B787-9 aircraft equipped with WiFi services, accounting for 30% of its wide-body fleet.

"The charge for WiFi services, and the providing of paid media content and advertisements are all possible important channels for Hainan Airlines to increase its sales revenues," said Sun Jianfeng, president of the carrier.

So far, North America is the only place where in-flight WiFi is common. Worldwide, WiFi services cover 39% of the flights, according to Routehappy, an air travel information platform.

In the United States, 71% of the flights operated by domestic airlines are equipped with WiFi, with Delta Air Lines, United Airlines and American Airlines taking leading roles in their coverage of Wi-Fi services. Among non-US airlines, only 13% of the flights they operate have WiFi connections, and most are limited to long-haul flights, Routehappy found.

Last year, Finnair equipped WiFi and mobile payment system Alipay on all of its flights between China and Finland. After the launch of such services, its sales revenues of on-air duty-free products and other derivative products on those flights surged 100% to 200% year-on-year, according to the carrier.

Airlines will become in-air shopping malls, and they could choose to partner with online retailers. Vendors who wish to sell their goods and services will have to pay the airlines or consider revenue split arrangements, said Susanna Li, managing director of the travel industry department of consultancy Accenture in China.

It will help airlines to increase ancillary services revenue opportunities. They could also partner with destination ground transportations, theme parks and other service providers to deliver specialised destination content and promote their service on board, Li said.

She added that airlines will also be able to accumulate customer data and provide targeted marketing. They could also sell pre-paid WiFi access passes at a discounted rate to encourage passengers to fly with the carriers again.

Besides, if there are flight delays, passengers will be able to contact ground services and make arrangements, and they will also be able to book last-minute transportation such as car pickups during a flight, Li said. — China Daily/ANN 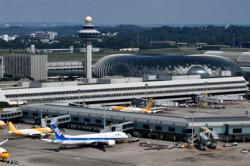