A visitor poses for a photograph on a platform at the Kalibiru Tourism Village in Kulon Progo Regency, Special Region of Yogyakarta, Indonesia, on Saturday, Feb. 3, 2018. In Kalibiru, near Yogyakarta, villagers built treetop platforms to provide a full-fledged destination for social media photo-ops. They installed cameras and hired photographers to advise on the best poses to showcase the background of verdant hills and a shimmering blue reservoir. Photographer: Dimas Ardian/Bloomberg

In Indonesia’s Menoreh hills, villagers built a treetop adventure course in 2008 to lure thrill-seeking tourists. Instead, visitors are coming for the perfect Instagram shot.

So perfect, in fact, that Kalibiru Tourism Village, near Yogyakarta, redesigned the attraction to convert the zip-lines and treetop platforms into a full-fledged destination for social media photo-ops. It installed cameras and hired photographers to advise on the best poses to showcase the background of verdant hills and a shimmering blue reservoir. Images are uploaded directly to visitor's phones. As Kalibiru’s popularity soared on blogs and image-heavy sites such as Instagram, WeChat and Facebook, waiting times grew to six hours on popular days. — Bloomberg

Similar photogenic attractions are popping up across Asia as an increasingly footloose generation of young travellers competes via social media to show off their experiences. Today’s adventurer travels not just to see, but to be seen. When stunning images go viral, they can unleash a horde of tourists eager to get a copycat photo.

As Kalibiru’s popularity soared on blogs and image-heavy sites such as Instagram, WeChat and Facebook, waiting times grew to six hours on popular days, spurring a nearby village to raise about US$100,000 (RM391,400) to build a second photo destination in the protected forest, which was once a barren landscape denuded by illegal logging and burning. About 7,000 tourists now visit the two sites each week.

In China, 97% of millennial tourists report sharing their travel experiences online, according to a joint study by McKinsey & Co, Visa Inc and the Singapore Tourism Board. The report predicts spending on international travel by Asian millennials will jump 160% to US$340bil (RM1.32tril) by 2020. 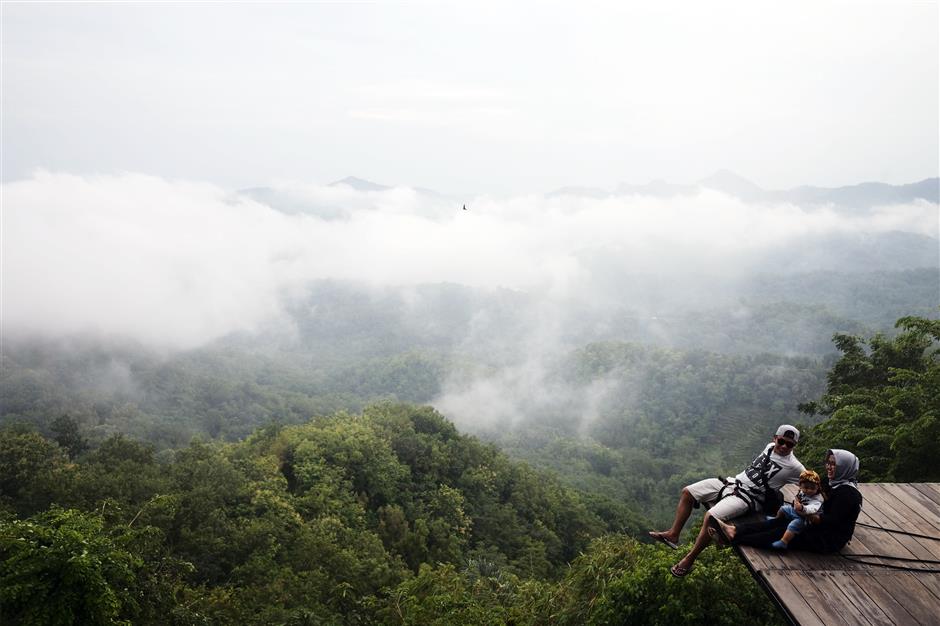 Visitors posing for photographs on a platform at the Kalibiru Tourism Village in Yogyakarta, Indonesia. — Bloomberg

For a growing number of Asians in their 20s and 30s, travel has replaced Louis Vuitton handbags and designer clothes as the new status symbol. It’s created what the founder of travel app Klook refers to as “FOMO marketing,” slang for fear of missing out, where people see dramatic pictures posted by friends or compatriots and want the same images of themselves.

The phenomenon isn’t restricted to adventure-seekers and backpackers. As more people seek envy-inducing selfies, the pressure to create photogenic moments runs to the most elite resorts, fuelling the demand to find more stunning destinations.

“Everyone is looking for that perfect Instagram moment, one-upmanship, with out of this world experiences to get that killer photo,” said Tim Hartnoll, owner and executive chairman of the exclusive Bawah Island eco-resort in Indonesia, where guests arrive by seaplane and use the hotel's drone to take aerial videos. “The new generation of wealthier tourists are looking for authenticity and transparency, always searching for those new and exclusive, unexplored locations.”

In Tokyo and Seoul, photo cafés facilitate wacky shoots like one with friendly sheep to pet while sipping a latte. In Sydney, self-proclaimed influencers charge US$126 (RM492) a person to help you “make your social media accounts pop.” And in Hong Kong, US$600 (RM2,344) will buy you a two-hour course in smartphone food styling for up to eight people to capture the “perfect shot for Instagram or Twitter.”

Social media is so important to millennial Asian tourists that tour guides who don’t offer to take photos of their guests will get dinged with bad reviews, says Eric Gnock Fah, co-founder of online agency Klook Travel.

Gnock Fah says activities with social media components are among its fastest-growing segment, including a Kimono rental attraction in Kyoto, Japan, where tourists don traditional Japanese dress and hairstyle while photographers follow them around as they take in the city’s sights. 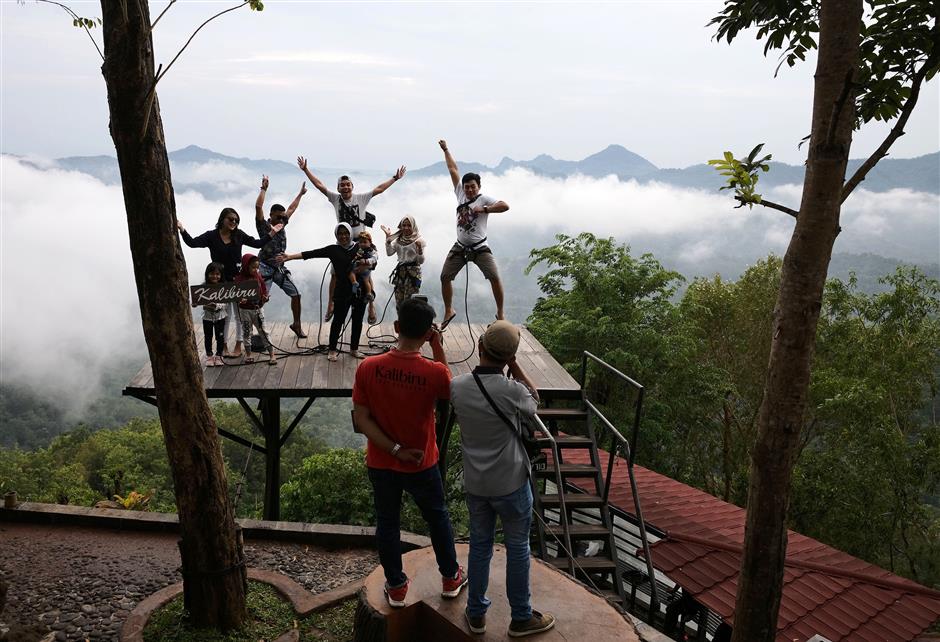 Photographers advise on the best poses to showcase the background of verdant hills and a shimmering blue reservoir. — Bloomberg

To drum up demand, Klook maintains a network of 1,500 people who post photos of themselves in hot travel locales on WeChat and other social media sites. “Influencer posts have pretty much replaced travel ads,” Gnock Fah said. “Real people with thousands of followers are much more powerful.”

The number of such posts on Instagram nearly doubled to more than 1.5 million between 2016 and 2017, according to social analytics firm Klear.

In a research report advising hotels to invest more in social media, analysts at Alliance Bernstein provide a checklist on how to be more “likeable,” encouraging hoteliers to “make sure the pool looks picturesque” and “provide eclectic amenities” with clever sayings or designs. The reports says hotels should consider the mindset, “If you didn’t post it on Instagram, did it even happen?”

Online community lodging company Airbnb Inc urges its hosts to showcase details like a “stack of antique quilts in your bedroom.”

Still, with so much focus on appearances, travellers can become disappointed with the reality. Among the social media posts extolling the beauty of Kalibiru park, there were some who felt duped by the online images. Visitors looking at a photograph taken on a platform at the Kalibiru Tourism Village and posted on Instagram in Yogyakarta, Indonesia. — Bloomberg

“Total rip off,” wrote one unhappy customer. “I was misguided by all the beautiful pictures post online.”

Sometimes, the quest for the perfect selfie can become downright dangerous. At least 260 people have been reported killed or seriously injured as a result of trying to take a selfie in dangerous circumstances, including a Singaporean man who was attacked last May by a Komodo dragon in Indonesia, after ignoring warnings not to take photos with the reptiles. At least four tourists died last year in India, Zambia and Thailand after reportedly being trampled by elephants as they were trying to take pictures.

In Australia, tour guides are lobbying the parks department to better enforce barriers along Victoria’s Great Ocean Road, where visitors are jumping fences and climbing onto crumbly sandstone precipices in search of a better shot.

“Cliff lookouts are fragile and people are going to ridiculously dangerous lengths to get the perfect Instagram shot,” said Mac McCrostie, owner and tour operator of The Little Penguin Bus in Melbourne. “It’s not about being there anymore, but proving you were there with a picture.” — Bloomberg