PETALING JAYA: Apple has rolled out its discounted replacement battery programme for iPhones at RM129, available via local retailers Machines and Switch.

Machines' website earlier today listed replacement batteries for iPhone SE, iPhone 6 and newer at RM137, down from RM399. Although higher than Apple's original statement that the batteries would be priced at US$29 (RM117), Machines' price included an RM64 labour charge and GST.

They later revised the price to RM129, similar to pricing by Switch stores.

Battery replacements for iPhone 5, 5C and 5S are still priced at RM399.

Machines has outlets in the Klang Valley at Suria KLCC, The Curve and Northpoint Mid Valley, while Switch stores are located in The Mines Shopping Fair and Cheras Leisure Mall.

Customers can also make an appointment through Apple’s Support page.

It was reported that iPhone users were facing reduced performance on older models, after being updated to the latest iOS.

On Dec 28 last year, Apple responded to the controversy over its slowing down the performance of older iPhone models to extend battery life by discounting replacement batteries from US$79 (RM321) to US$29 (RM117).

"We know that some of you feel Apple has let you down. We apologise," the company said, in a statement on its official site.

However, the company maintains that the issue was due to battery wear-and-tear, not an intentional move to shorten the life of Apple products or degrade the user experience to drive customer upgrades. 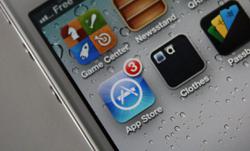