Here, squat machines puncture batteries with nails, crush them with a weight and pump so much voltage into them during recharging that they swell like miniature balloons.

This abuse could spark explosions or fires in typical lithium-ion batteries. Yet American Lithium's cells don't blow up or ignite. They're misshapen but harmless.

The small company, which mostly supplies batteries to the US military, believes it has come up with technology to improve safety in rechargeable lithium-ion batteries – the power source for a growing number of electronic gadgets ranging from cellphones to laptops to electric cars to home energy storage.

This wearable battery for soldiers was shot with a high powered military rifle as part of a test. It didn't explode or catch fire. — San Diego Union-Tribune/TNS

The technology, branded Safe Core, is complicated, and Fan isn't revealing many details. But Safe Core stems from a US Department of Energy project to deliver high-energy electric vehicle batteries that won't catch fire in a crash, and it has been applied to wearable bullet safe batteries for soldiers.

"What we did was put a fuse inside the cell, so when something is wrong inside, our fuse will kick in and break the current and then the battery will be safe," said Fan, who has doctorate in solid state chemistry from Arizona State University.

Though rare, reports of lithium-ion batteries bursting into flames have made headlines over the years – most recently with Samsung's Galaxy Note 7. The South Korean electronics giant spent US$5.3bil (RM23.48bil) recalling the flagship smartphone.

American Lithium, which has delivered more than 20,000 batteries to Department of Defence customers since 2011, recently spun out a new company called Amionx to commercialise Safe Core technology. It has two patents issued and four pending. It hopes to license the technology for use in lithium-ion batteries globally.

But that transition to next-generation batteries likely is still likely several years away. American Lithium contends its technology can be rolled out in existing battery production lines in as little as six months without a significant increase in capital equipment costs or bill of materials expense.

Fan said the company has included the technology in its own battery manufacturing operation for its military customers.

"People who don't know about this, at first they will probably be sceptical," said Fan "But when they look at our facility, we have the same facility they have. It is not a lab project. It is at real scale, and it has been validated by the US military."

American Lithium may be onto something, said Brian Morin, president of Dreamweaver International, a provider of advanced technology for batteries.

"Not having dug into their technology but having read the patent, the concept works," said Morin, a board member of the National Alliance for Advanced Technology Batteries, a trade group focused on electro-chemical energy storage technology. "Whether the implementation works or not I don't know. But the concept works."

Morin added that American Lithium is taking a novel path toward improving battery safety. "There are not 10 other guys trying to do the same thing," he said. "So if they have made it work, they have something that is a unique approach." — The San Diego Union-Tribune/Tribune News Service 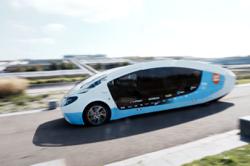