BARCELONA: Defying scepticism and geek-stigma, mobile phone firms are determined this year to sell you a wristwatch wirelessly connected to your mobile phone.

Numerous models have hit the market over the past year but 2015 will see an explosion, analysts say, with manufacturers making their watches and other wearable connected devices more elegant and useful.

US giant Apple’s release of its first “smartwatch” – expected by April – is set to make 2015 a “tipping point for wearables”, research group CCS Insight said in a report.

South Korean manufacturer LG released the Urbane LTE, its first fully connected luxury wristwatch which can make and receive calls – either with a wireless headset, or by speaking into your wrist like the comic book detective Dick Tracy. 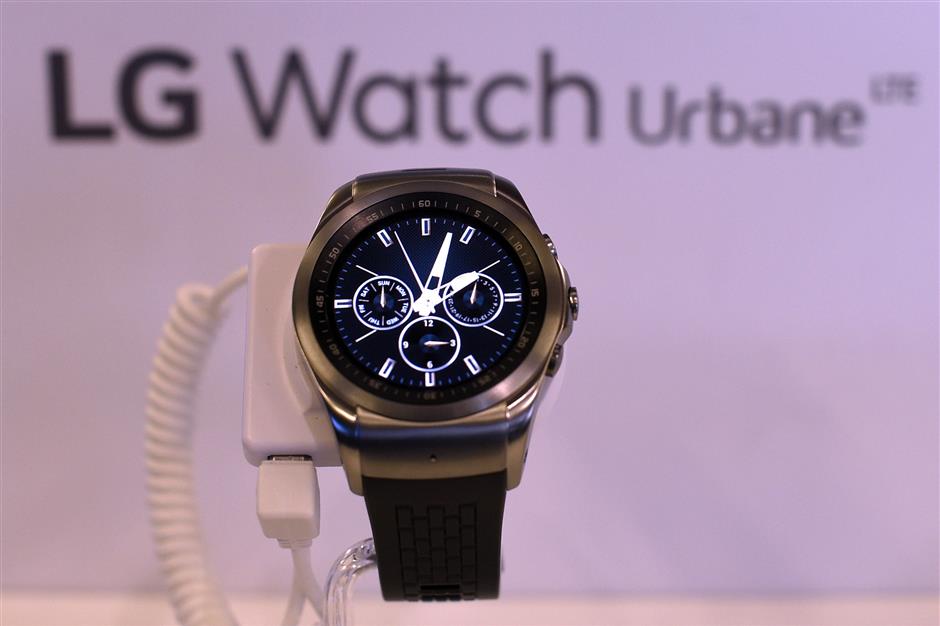 STAND ALONE OPTION: The LG Watch Urbane LTE version has its own network SIM card with a mobile connection and so can be used for calls, without needing to be linked to a smartphone. – AFP

Unlike most smartwatch models, the chunky Urbane LTE version has its own network SIM card with a mobile connection and so can be used for calls, without needing to be linked to a smartphone.

The industry is watching keenly to see whether smartwatches will be the first mobile phone-linked “wearables” to really take off in the mass market – a tough call, according to analysts.

“In the end-user research that we’ve done, we asked people what a smartwatch is for and they had no idea,” said Ben Wood, head of research at CCS Insight.

With the big phone companies piling in alongside smaller smartwatch specialists such as Pebble, fashion brands are doing their bit to try and design a more desirable product.

Several Swiss watchmakers and fashion brands such as Guess have unveiled designs, while jeweller Swarovski has encrusted smartwatches with its crystals for a deluxe look.

“The vast majority of smartwatches on the market are bulky and look more like a piece of technology than a fashion item,” however, said Kevin Curran, a telecom specialist at the University of Ulster.

“That’s going to change as companies focus more on design and making devices that are more discreet.”

With their new circular watches, LG and Huawei positioned themselves at the luxury end of the market, differentiating themselves from the square-faced design revealed in previews by Apple.

“We set out to create smartwatches that could contend for a spot on your wrist with a luxury mechanical watch,” said LG’s head for Britain and Ireland, Andrew Coughlin.

The launches in Barcelona risk being overshadowed by Apple’s release, however.

The Californian company is reportedly planning to ship five million of its Apple Watch in the first batch.

“Everyone is watching to see what happens with that. Apple is the massive elephant in the room. We are estimating they could sell 20 million watches this year,” said Wood.

That would dwarf the hundreds of thousands of other types of smartwatches that experts estimate have been sold so far.

Watches are just one of a variety of “wearables” which mobile companies are trying to sell to customers to use with their phones.

Designers have come up with all manner of bands and pendants. So far, the most successful wearables have been fitness trackers: bands that measure heart rate, calories, sleep quality and other data and send it to an application on the wearer’s telephone.

Curran said that about 90 million wearables were sold in 2014. He forecast that figure could soar to 200 million this year.