Here are the main trends of this year's five-day fair in Berlin, which closes on Wednesday:

With their increasingly bigger screens, smartphones are morphing into "phablets", a cross between a mobile phone and a tablet computer. South Korean giant Samsung — which pioneered the new product three years ago — unveiled its new state-of-the-art Galaxy Note 4 and Edge models. 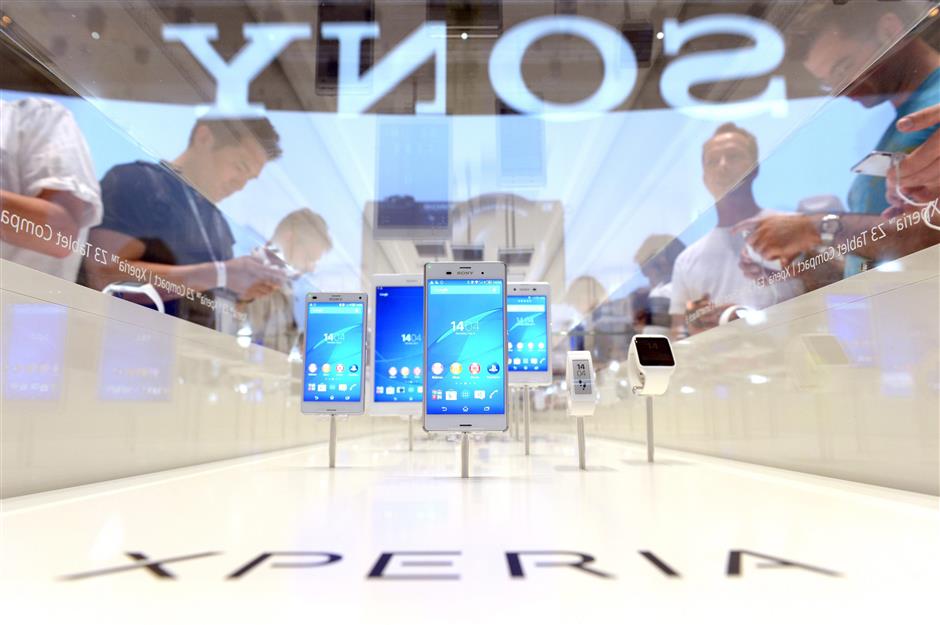 Other makers are joining the race, as phablets capture the hearts of video-gamers, particularly in Asia. Japan's Sony lifted the curtain on its XPeria Z3, China's Huawei presented its Ascend Mate 7, and compatriot HTC unveiled its Desire 820, to name just a few.

The computer you wear on your wrist. Watches no longer just tell the time, they are becoming smartwatches, linked up wirelessly to your computer, smartphone or tablet so you can consult your e-mails, count your steps and calories, and be kept up to date with the latest news and social media.

Samsung, which also pioneered the smartwatch, presented the Galaxy Gear S, an updated version of its original model. But rivals are following suit with even snazzier models. South Korean maker LG showed off its traditionally-designed G Watch, while competitors Motorola and Asus opted for a more futuristic look.

However, US tech-giant Apple may have outshined the competition, unveiling the Apple Watch along with two large-screen versions of the iPhone at its own launch event in San Francisco.

Long the stuff of science fiction, the "smart home" — a world of synced devices where motorists remotely switch on the heating as they drive home, holidaymakers at the beach check their home security camera footage, gadgets talk to each other and the fridge orders the milk — could soon become a reality. 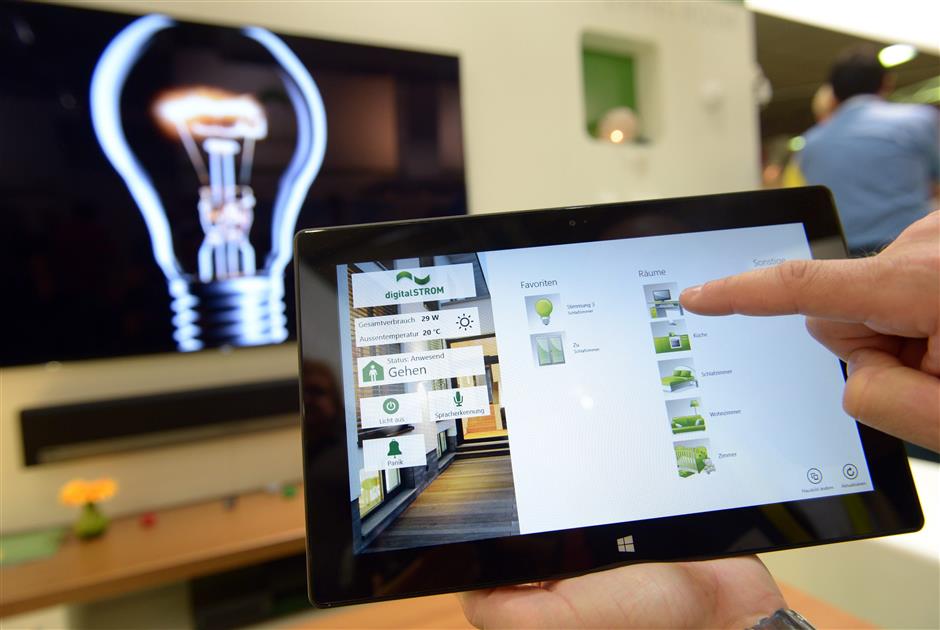 COMING SOON: A smart home user interface is presented at the exhibition booth of digital company Storm at IFA. — EPA

Thomson presented its Thombox, a dashboard to centralise and control everyday household appliances. Giants such as Samsung and Google are snapping up start-ups in their push to develop the totally interconnected house by the start of the next decade. Samsung gave a keynote presentation for its vision of a smart home by 2020.

In 2014, it is no longer simply ultra high-definition (HD) television sets that are de rigueur — they have to have cinematically curved screens as well.

Philips, LG, Haier, Loewe, were among top brands to present curved screen models this year in Berlin. Even Sony, which vowed just a few months ago that it would no longer simply follow the market, curved the screen on its Bravia S90. At the high end of the range, Samsung flexed its muscles with a "flexible" screen which the viewer can straighten or curve as they wish. But Chinese maker TLC stole the show with the biggest ever ultra-HD curved screen in the world, measuring 110 inches (280cm) diagonally and costing €200,000 (RM826,042).

Another new development at this year's IFA were virtual- or augmented-reality headsets.

Sony unveiled a new prototype from its laboratories to compete with Google Glass. Still in development, the eye spectacles have lenses where information and data flash up in the wearer's vision. Samsung has teamed up with the Californian start-up Oculus Rift to build its VR virtual reality headset, which acts as an add-on to the Galaxy Note 4, turning the image on the phone onto the immersive 3-D display. It is targeted primarily at the video game market.

It is sometimes easy to forget, but the IFA started life as a fair for household appliances and British maker Dyson caused a stir this year with its robot vacuum cleaner.

After 16 years of research, the "360 Eye" cleaner is equipped with a camera and infrared sensors so that it can vacuum a room in one go without bumping into walls and furniture. — AFP