Insightful: Data analytics continues to grow in importance for organisations as it helps them to unlock useful information from their corporate data.

Text data is becoming an increasingly important source of information and intelligence for companies nowadays. With the current range of analytics tools that are available in the market, organisations are being empowered to make sense of such unstructured data in ways previously not possible.

“Text is the voice for customers in many ways. It’s an area where we’ve been seeing a lot of companies focus on lately as it helps them to better understand customer requirements,” says Deepak Ramanathan, chief technology officer for North Asia field operations at SAS Institute Pte Ltd.

He adds that more and more companies have been performing sentiment analysis on their text data. In other words, they are gaining insights into a customer’s feelings and perceptions for a particular product, service or brand based on the words used to describe it.

Such customer insights are invaluable as they enable firms to provide products and services that are better suited for their target customers.

Deepak cites services like Google Now as an example.

“Google Now treats you like an individual. I think that’s what businesses are trying to achieve. They are running analytics to help them improve the experience of their customers,” he says.

While some of these sources of data have been in existence all along, others are relatively new, such as the data that companies can glean from interactions on social media sites.

“With the onset of all these new data sources coming in, I think it’s producing an entirely different class of business problems that had not been there five or 10 years ago,” explains Deepak. “These are complex problems because the ecosystem is now more complicated. This is driving a greater need for analytics.”

Besides this, he says the issue of speed is also a crucial factor for companies to stay competitive in today’s business world.

“Speed is of essence. I think our expectations have changed. We expect everything to be a lot faster,” Deepak says.

For instance, he says an individual’s experience on his home network may influence his expectations of the corporate network that he uses at his workplace.

“Information is available at our fingertips nowadays so we bring these expectations with us to the workplace as well. This, in addition to the BYOD (Bring Your Own Device) trend, is placing more pressure on organisations.”

In Deepak’s opinion, this is what makes data analytics such an important tool for organisations. He believes that when companies are able to “unlock information” from their data, they can then respond more intelligently and quickly to the needs of their stakeholders or changes in the business environment.

However, he says many firms still face the challenge of how to operationalise analytics such that it is well integrated into their business operations.

Deepak says recommendation engines are a good example of how analytics can have a positive impact on business operations.

“This is a classic example of operationalising analytics whereby you’re embedding it within the operational environment. The idea is to have analytical insights which can then help you relate better to customers,” Deepak says.

On the whole, Deepak points out that the growing emphasis on big data and analytics is mainly due to a huge shift that has occurred lately with regards to the corporate mindset.

Previously, most corporate policies were built on the concept of scarcity. Today, an approach centered on abundance is being adopted instead.

“In the past, there were lots of technology constraints. Things were mostly process centric and organisations were focused on cost control,” he says, adding that at that time, companies enforced an “everything is forbidden unless permitted” stance.

In contrast, Deepak says businesses are now more driven by things like value and data discovery, whereby they are delving deeper into uncovering patterns and correlations that exist in their data.

“Everybody is now technology empowered and organisations are now of the view that ‘everything is permitted unless forbidden,’” he adds.

Meanwhile, Deepak says it’s worth noting that each company may have a slightly different definition means to them as it is a relative term.

“My definition of big data is basically what puts you out of your comfort zone,” he says.

Despite the concept of big data being in existence since 2010, Deepak says it is only recently that the business community has started paying attention towards it. One of the reasons for this is because technological advances have now made it a whole lot cheaper to store and manage enormous volumes or corporate data.

Besides corporate entities, Deepak says that governments also stand to benefit from a careful analysis of the big data that is in their hands.

“There are a lot of big data opportunities in the public sector. Many countries view social media as critical. And rather than shutting it off, governments can look at ways to use it to engage with the population,” he says.

He mentions countries like Singapore, Australia and South Korea as good examples of nations who have learned to leverage on big data. For instance, he says feedback for public policies are often sought via social media in South Korea.

“But it’s one thing to provide the platform to the public, you also need to build talent who are able to utilise that platform. There needs to be an emphasis on both,” Deepak says. 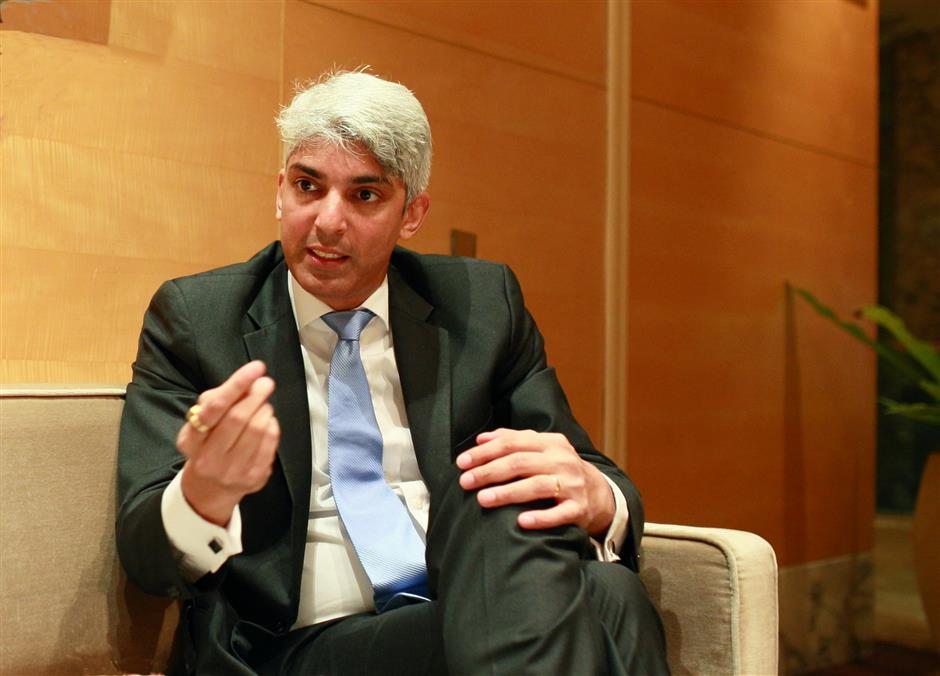 As data analytics continues to grow in demand within the corporate world, the need for experts within this field will consequently increase as well. Hence, Deepak believes it is a good time to consider a career as a data scientist.

“The salaries that data scientists get nowadays have gone through the roof,” he says. “It’s a very difficult skill set to find, and has extremely high value.”

“It’s a combination of the two,” he says. “One of the skills a data scientist needs to have is the ability to code. By code, I don’t mean write huge programs. It’s more of data management: attaining the data and then running a model on that data.”

The role of a data scientist, however, isn’t really new. Traditionally, Deepak says those in this role used to be labelled as quantitative analysts, data miners or sometimes even statisticians.

“The use of the term ‘data scientist’ is a sexier alternative which aims to attract younger people into the profession,” he explains. “I think a lot of universities are also getting in on the act by offering courses on business analytics.”

For instance, SAS currently has a partnership with Sunway University whereby the institution was given the rights to offer its Bachelor of Information Systems students the opportunity to specialise in the area of business intelligence and data mining.

Deepaks believes that those from the younger generation have great potential to excel as data scientists as most of them are not afraid to fail.

“While accuracy is important for statisticians, it’s good for analysts to be willing to fail. The idea is to fail faster and then to go on to build new models very quickly,” he says.