Vacuum cleaners are one of the few devices where, “it sucks” is a good thing. Samsung’s Navibot-S goes one further and does it silently.

WE HAVE been testing robot vacuum cleaners for quite a while now, right from the first iRobot Roomba models to the first Samsung Navibot.

One thing about most robot vacuum cleaners (and in fact any vacuum cleaner for that matter) is that they are pretty loud — it’s usually so noisy that you probably don’t want it running if you’re trying to watch your favourite show on TV. 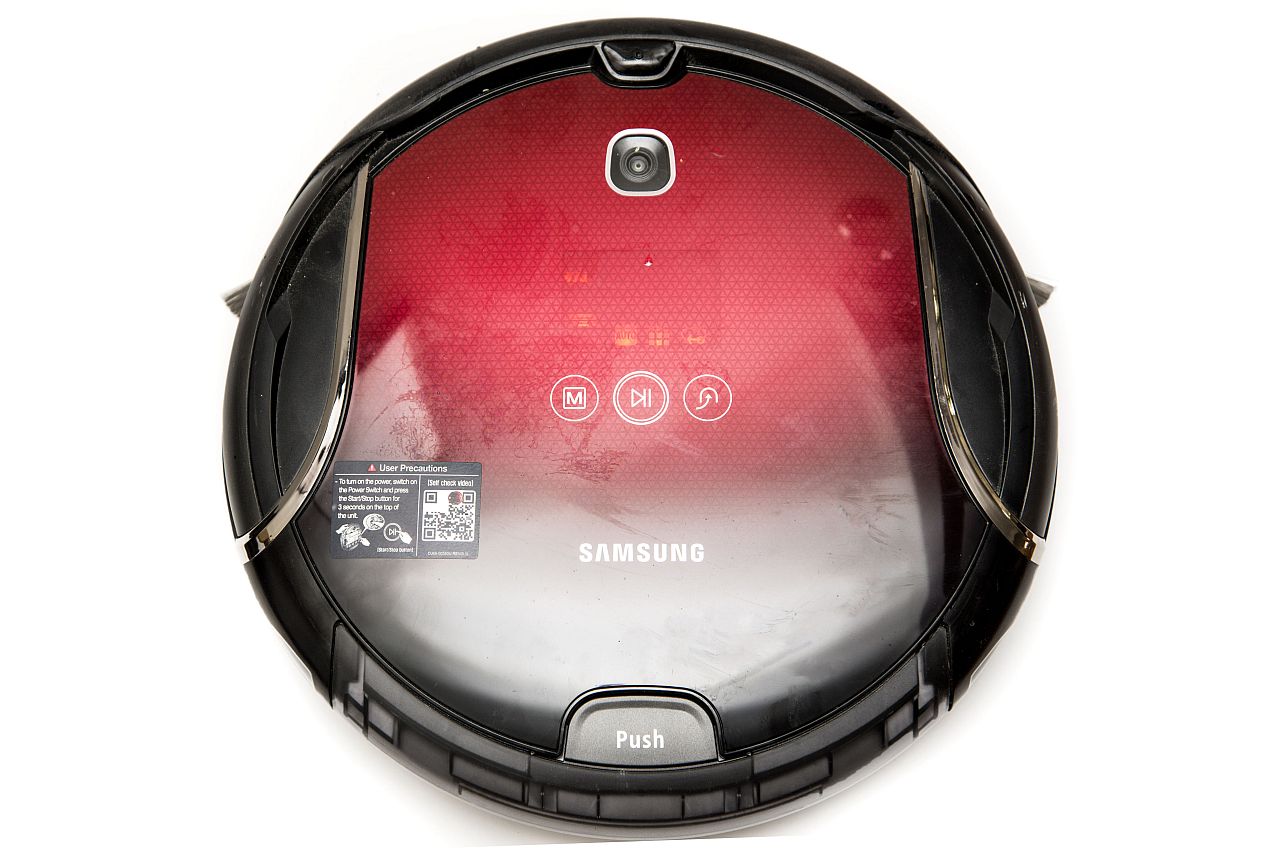 QUIET: The Navibot-S is so quiet you can even watch TV while it's going about its business in the room.

Fast forward to today and Samsung’s latest Navibot, called simply the Navibot-S, has solved just that problem. When it’s doing its work the Navibot S is so quiet that you can watch TV while it’s in the same room.

There is, however, a caveat to this, but we’ll get to that in a little while.

Like most robot vacuum cleaners the Navibot-S comes with a number of accessories in the package — apart from the robot itself, you also get two virtual walls, a remote control and the base station.

Two virtual walls are included in the set and these serve as invisible barriers to prevent the Navibot-S from getting into rooms that you don’t want it to wander into while it cleans. 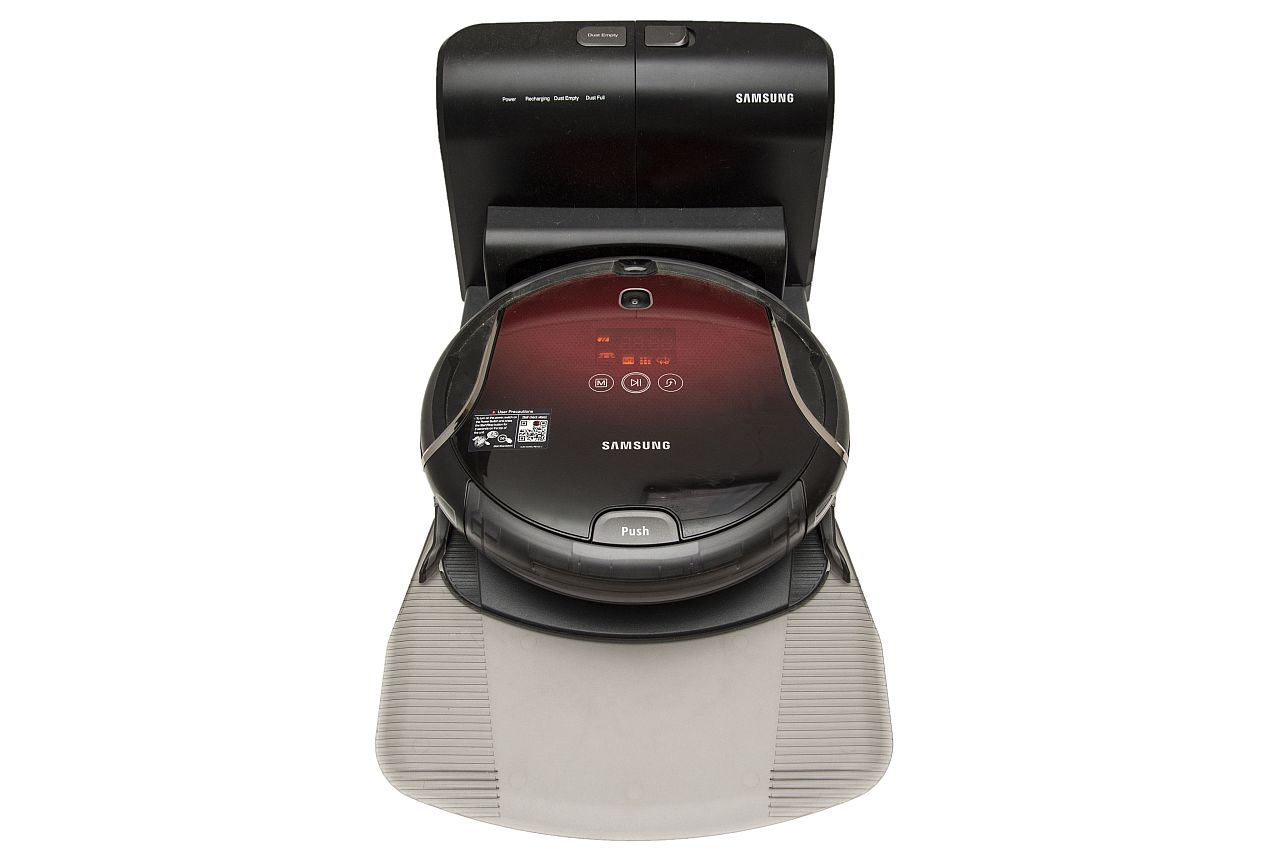 DOUBLE DUTY: The base station is not just a charging station for the Navibot-S, but is also a vacuum cleaner in its own right — it transfers the contents of the Navibot’s relatively small dust bin into its own much larger container.

The base station is pretty big and there’s a good reason for that — it’s not just a charging station for the Navibot-S but is also a vacuum cleaner in its own right.

That’s not to say that you use the base station as a separate vacuum — its actual function is to transfer the contents of the Navibot’s relatively small dust bin into its own much larger container.

Yes, this means that when the Navibot-S is full, it will go back to the base station to empty its bin and once done, will continue its cleaning cycle.

However, the base station is something you don’t necessarily want to have in your room — when the station’s built in vacuum is working, it’s about as loud as a regular vacuum cleaner.

In use, I was constantly surprised how quiet the Navibot S is in operation — it really is very unobtrusive when it does its business.

The are a number of sensors on Navibot-S — there’s an upward facing sensor that detects the size of the room and a number of infrared sensors on the front to help the robot detect objects immediately ahead of it. 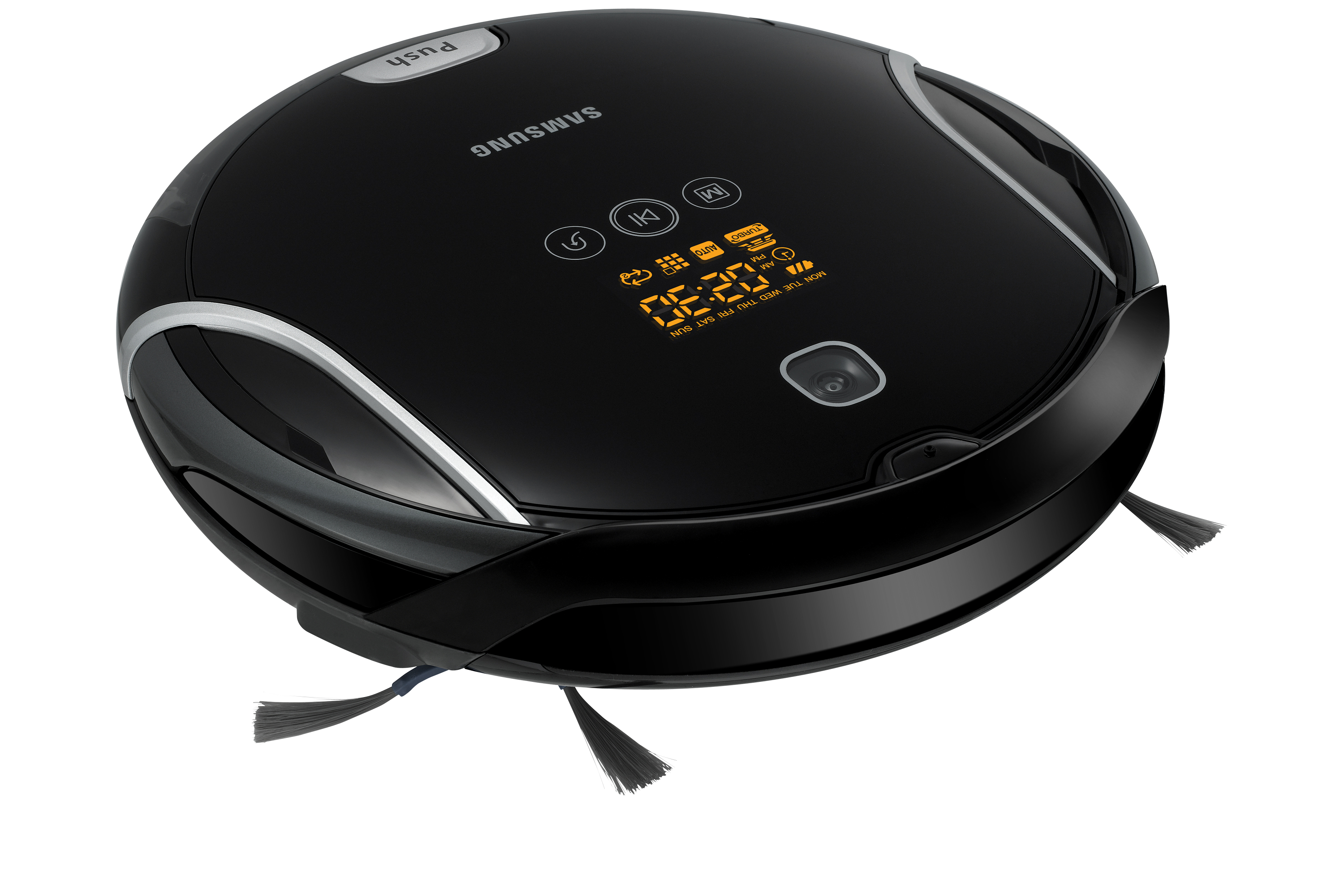 SENSORS APLENTY: The are a number of sensors on Navibot-S — there’s an upward facing sensor that detects the size of the room and a number of infrared sensors on the front to help the robot detect objects immediately ahead of it.

All these sensors help the Navibot-S to work out the most efficient cleaning cycle and it usually starts with a zig zag pattern until it reaches a wall and then it will move a little, turn around and start back the way it came.

However, there does not seem to be any bump sensors on the front other than the infrared ones — while these infrared sensors work pretty well for larger objects, certain objects such as thicker cables and table legs are just not seen by the it.

This sometimes leads the Navibot-S to continually try to run over these objects quite a few times before it will decide to back off and go around it.

Sometimes it even got stuck between the legs of one of my chairs in which case it would have to push quite a bit before it eventually managed to get out but not before pushing the chair a few feet. INNER WORKINGS: A view of the underside of the Samsung NaviBot S.

As far as cleaning goes, the Navibot-S does a very good job. As I’ve noted before, robot vacuum cleaners do not necessarily clean better than a human could but given that the robot can be programmed to clean your floors more often, you will end up with an always clean floor instead of an occasionally clean one.

I also like the fact that the Navibot-S will detect when it’s bin is full and go back to its base station to empty it out and then continue back on course once it’s done, all without any intervention from me.

This is really great because, like all robotic vacuum cleaners, the Navibot-S’ bin is very small and will probably require emptying after one single cleaning cycle. Having the base station do it for you means it will take a while before you need to interact with the device.

The base station’s dust bin is actually pretty simple to clean too. Just slide out the bin from the base station, hold it over your rubbish bin, push a lever and the bottom literally falls open and empties out the contents.

Both the base station and the Navibot-S itself have HEPA filters that need occasional cleaning and eventual replacement, but under normal use it will be a while before you need to do this.

Every time I use a robotic vacuum cleaner, I find it a really useful addition to the home. The ability to program the Navibot-S and schedule times for it to clean is great and with regular use, my floors were clean all the time, instead of every couple of weeks when I manually vacuumed it using a regular machine.

Of course, the problem is that at RM2,999 list, the Navibot-S is really on the high end of the scale compared with other regular vacuum cleaners.

Nevertheless, if you can afford it, the Navibot-S is a great home appliance to have.

Pros: Very quiet operation; base station can empty out and store debris from the Navibot.

Cons: Expensive; has problems sensing very thin or small objects below its sensors.