PUTRAJAYA: Smartag Solutions Bhd has entered into a two-year agreement to implement and operate its Secured Trade solution with the Royal Malaysian Customs.

The agreement enables Smartag to commercialise the usage of Secured Trade at 26 Customs checkpoints and six bonded warehouses, starting from June 1.

Smartag CEO P.K. Lim is delighted with the signing of the agreement. “This will provide recurring revenue for the company and will have a positive impact on our next quarter’s revenue,” he said.

Last year, Smartag Solutions — a listed company on the ACE Market of Bursa Malaysia — posted a pre-tax loss of RM1.67mil on revenues of RM5.9mil.

During the first year of the contract, the company is expected to handle 50% of the total transactions at Customs and 80% of total container transactions by the next.

Under the system, an RFID seal is used to secure the containers when they enter, leave, and move within the country.

Users will be able to identify a container’s movement electronically via the RFID readers installed by Smartag at the various Customs checkpoints.

The Secured Trade system was piloted in June to August last year. Its primary objective is to ensure cargo security, as well as to reduce container clearance times at the checkpoints.

The automated system also helps eliminate “hanging form” problems for both Customs and container shippers. A “hanging form” is an incomplete transaction due to human error or missing container.

With the data integration between the RFID system and the Customs Information System, Secured Trade will also assist in the detection of security threats, such as human trafficking, drugs and weapons smuggling, biological, as well as radioactive and illegal chemical substance smuggling. 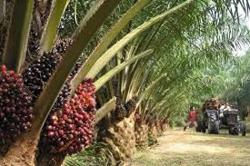 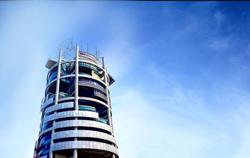